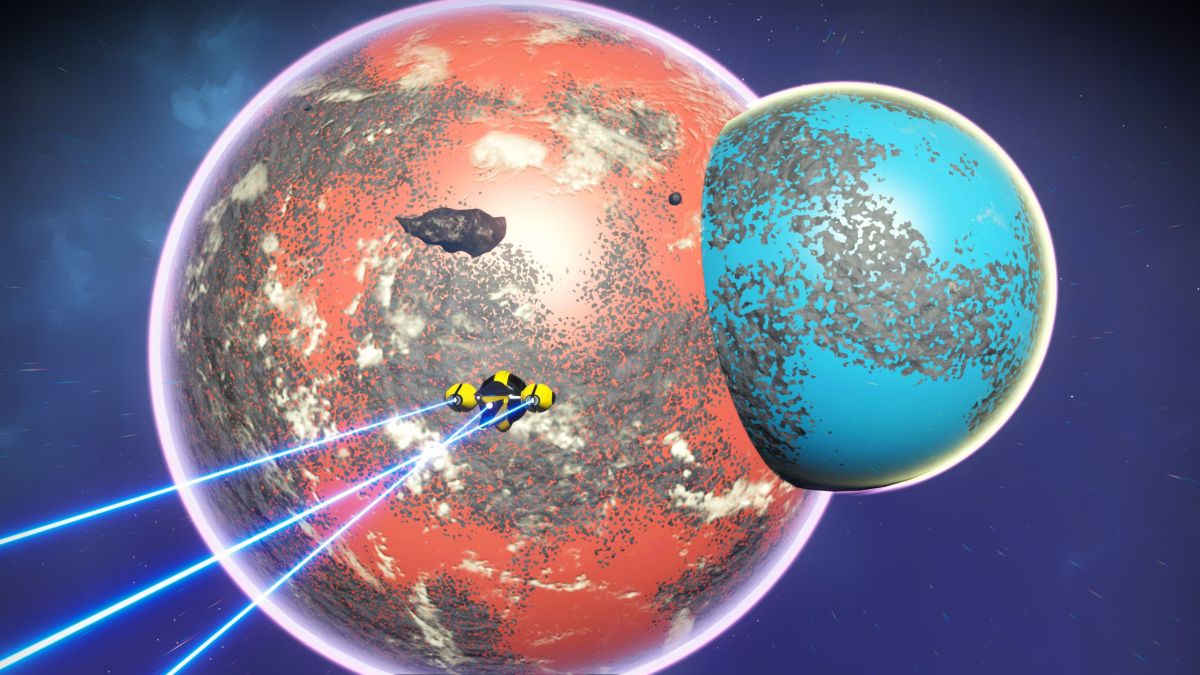 There have been lots of interesting discoveries since No Man’s Sky’s latest update, Origins, gave the galaxy a makeover. With a few billion new planets and lots of variety added to the wildlife and terrain, players are busy exploring and reporting back on what they find.

For instance, o0BaBaBoOeY0o on Reddit found two planets positioned so closely to each other they were nearly touching—they’re so close, in fact, you can jetpack from one planet to the other, no spacecraft needed.

But that discovery was one-upped by pineapplenate, who reported on Reddit that they’d found two planets actually stuck to each other. That’s definitely too close for comfort.

I grabbed the coordinates from the screenshot pineapplenate posted, and jumped through a Portal to a planet in the same solar system. Then I flew over for a looksee. Those two planets are indeed stuck to each other like a couple of peanut M&Ms that spent too much time in a hot car.

I landed and decided to jump from one planet to the other, which isn’t so easy. The planets (one is called Ahasakku, the other is called Haydramp) both have extremely hostile weather, plus the first planet is one of those weird ones that sucks nearly all of the color out of the world, your ship, your suit, and everything else.

So, while it’s not that easy to see in the stormy darkness, here’s me starting on Ahasakku and jumping (technically, falling) off its edge, then plummeting, sort of sideways, onto Haydramp (where I land in the water a few meters shy of the shore). Mission accomplished:

Shame about the weather, but when two planets are smashed together you’ve gotta expect a few storms.