Everyone’s talking about The Box, Plymouth’s new, £46m “cultural destination” combining a museum, gallery and archive, plus cafe and bar, which opens on 29 September (postponed from May). A transformation of the original, Edwardian city museum and art gallery, extended and amalgamated with the former city library and St Luke’s Church, it will open with what organisers are calling a “myth-busting”, Mayflower-themed Legend and Legacy show, and Making It, a contemporary art show featuring works by Leonor Antunes, Eva Grubinger, Alexandre da Cunha, Christopher Baker and Sir Antony Gormley. 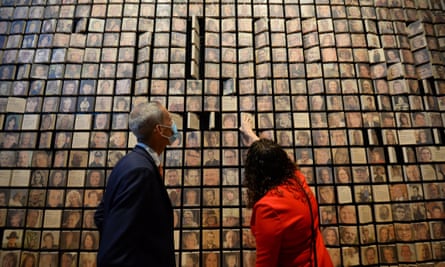 Karst, an independent, artist-led studio and gallery space, holds its own with the best of that on offer in Berlin. The gallery has been chosen as a host for the British Art Show 9 in 2021. The Leadworks, in a former paint factory on the city’s beautiful – albeit bruised – Stonehouse peninsula, is the sort of social enterprise project Plymouth does well. It’s up and running as a space for artists, designers and the like, but funds are being raised to further convert the interior into an inclusive, accessible, multi-use space. The Plymouth Art Weekender is a volunteer-run showcase of galleries and studios and an opportunity to see the best of the city’s art scene – all adhering to the “rule of six”. 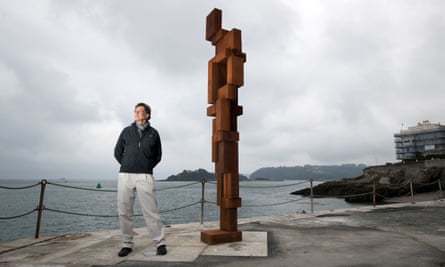 The national Mayflower400 festival started in November 2019 and was meant to run for 12 months. Many events were cancelled because of Covid-19, while others have been rescheduled for 2021. An installation called Speedwell, by the Still/Moving artist collective, has been erected on the Mount Batten Breakwater: its simple message, “No New Worlds”, is intended to stimulate debate about the legacy of the pilgrims’ landfall in native American territory in 1620. The site-specific work will stay until 29 November.

On West Pier at West Hoe, Look II, by Sir Antony Gormley, is a 3.7-metre tall, three-tonne cast-iron human figure gazing out to sea, an angular counterpoint to the classically heroic statue of Francis Drake that looms over the Hoe. Other events include Wampum: Stories from the shells of Native America, a touring exhibition of tapestry belts. This Land, a theatrical production featuring 120 performers from Plymouth and 30 members of the Native American Wampanoag tribe from Massachusetts, is due to take place at the Theatre Royal in April 2021.
• Visitplymouth.co.uk 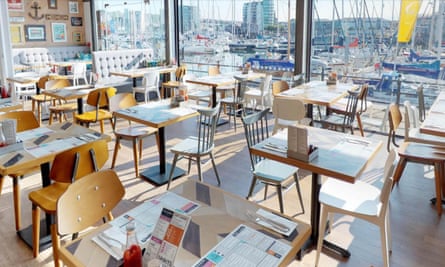 The Harbour fish and chip restaurant

Almost every street has its own fish-and-chip shop, and locals are fierce in their loyalties, but my favourite is national award-winning The Harbour on the Barbican. Plymouth Fish Market is here, and 200 metres away is seafood restaurant Platters, with an open kitchen, and decor so bad it’s good. I bring friends here to eat cod, haddock, bream, skate, hake and bowl upon bowl of bouillabaisse. If you fancy a 30-minute cruise before lunch, hop on the ferry from the Barbican to Kingsand/Cawsand; the Devonport Inn does takeout beers (plus sushi and fish and chips), to enjoy on the shingle beach. 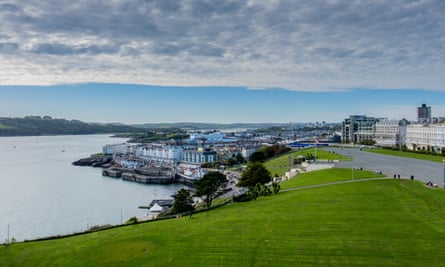 View of Plymouth from the top of Smeaton’s Tower. Photograph: Simon Whaley/Alamy

Plymouth’s waterfront is its USP and the reason it’s dubbed Britain’s Ocean City. For a city hike that delivers a mix of urban grit and maritime grandeur, start at Royal William Yard, built by architect John Rennie between 1825 and 1831 and the largest collection of Grade I-listed military buildings in Europe. You have to go inland from here to get past the sprawling barracks and ferry port, passing through Stonehouse – a very old district – and on to the Hoe. The views over Plymouth Sound are fab: the art deco Tinside Lido, built in 1935. Further on is Smeaton’s Tower, removed from Eddystone reef in the Channel in 1880, and the 17th-century Royal Citadel, home to 29 Commando Royal Artillery, and below is the Barbican, overlooking Sutton Harbour – the city’s original port and departure point for the Mayflower.
• plymouthboattrips.co.uk 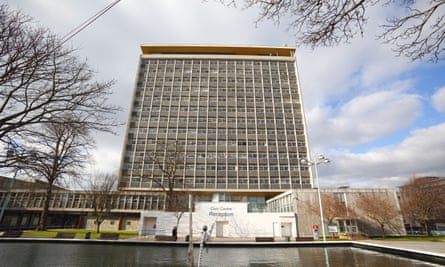 Plymouth was bombed to bits in the second world war, and the legacy of this is still felt in the city council’s tendency to bulldoze and build again. The new Box is a positive instance of this, but so was Sir Patrick Abercrombie’s Plan for Plymouth, which reimagined the city along modernist lines after the war. The city centre is a grid of right-angled streets, with the main north-south thoroughfare, Armada Way, kept free for pedestrians. White Portland stone buildings with subtle artistic details were arranged along functional lines, taking inspiration from Canberra and New Delhi, but also from the homegrown Garden City movement: at its heart is the Civic Centre, opened in 1962 and Grade II-listed since 2007. 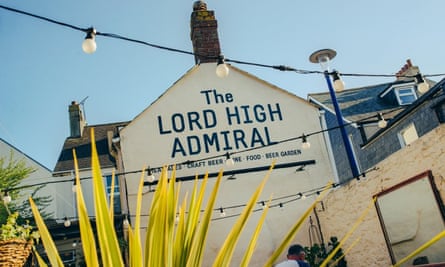 Bread & Roses is a social enterprise pub on Ebrington Street, close to Plymouth College of Art and the Arts Faculty of the University of Plymouth. I used to go for the live music, but it’s still great for a drink. The Lord High Admiral on the Stonehouse peninsula has been a lifeline during lockdown, offering temporary premises for the Hutong cafe and Knead Pizza. It’s near to the Cremyll Ferry, the historic foot ferry over to the Rame peninsula, Cornwall’s “forgotten corner” of white sand beaches and rolling country parkland. 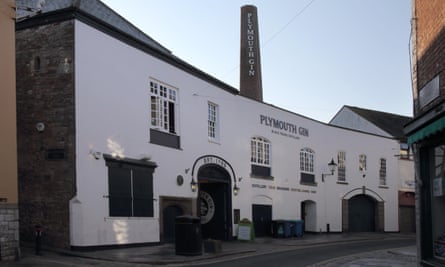 Plymouth gin distillery in the Barbican area of the city. Photograph: David A Eastley/Alamy

Janners – as Plymothians, and others who live on this bit of Devon coast, are known – have been drinking gin for centuries. Plymouth Gin dates from 1793, but the Black Friars’ building that houses the distillery was built in the 1400s, and has a medieval hall with a hull-shaped timber roof. The distillery has a range of tours (from £11, booking essential).

Devonport Park is the oldest in the city, and one of its highest spots, good for gazing on Plymouth Sound and the Tamar Estuary. It’s also home to the Soapbox Theatre. A professional theatre for children up to 15, it puts on immersive performances on a child-size stage. The next production is The Quest for The Ice Dragon in December, which will take place outside. The Barbican Theatre has a new director, who programmed a giant puppet promenade performance to bring staff back off furlough. It happened in the back lanes of St Judes so audiences could watch it from windows and gardens at a safe distance. For now, the space is focusing on training and masterclasses, but it’s one to watch. 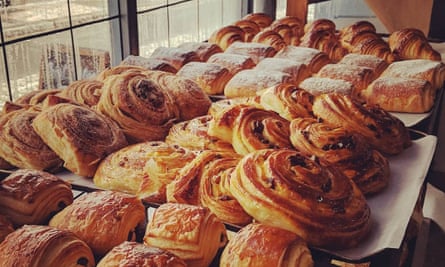 The Column Bakehouse, Plymouth’s first and only social enterprise bakery, reinvested all profits from its sourdough and artisan breads – baked in-house – into jobs and apprenticeships for local people. While the bakery element is closed, one of its locations is still open – the Real Ideas Cafe at Ocean Studios, Royal William Yard – using produce from other local enterprises instead. It hosts regular craft sessions and a monthly “makers’ market” (next one 19 October, 10am-3pm). I also love the Jacka Bakery in the Barbican for its coffee and cinnamon swirls.

Founded by Plymouth-based filmmakers and academics Allister Gall and Dan Paolantonio in 2010, Imperfect Cinema began as an open-access film collective. The duo create films that explore place, people and memory, and facilitate local participatory film projects. They are currently working on a large-scale film commission for the BFI and The Box, which will explore local communities after dark. For the past two years, they have also been researching Plymouth’s Union Street and in particular its incredible, and largely forgotten, cinema history for their Home of Movies project. Planned Home of Movies events for 2020 were postponed, but rescheduled screenings and events in the city will be announced soon.