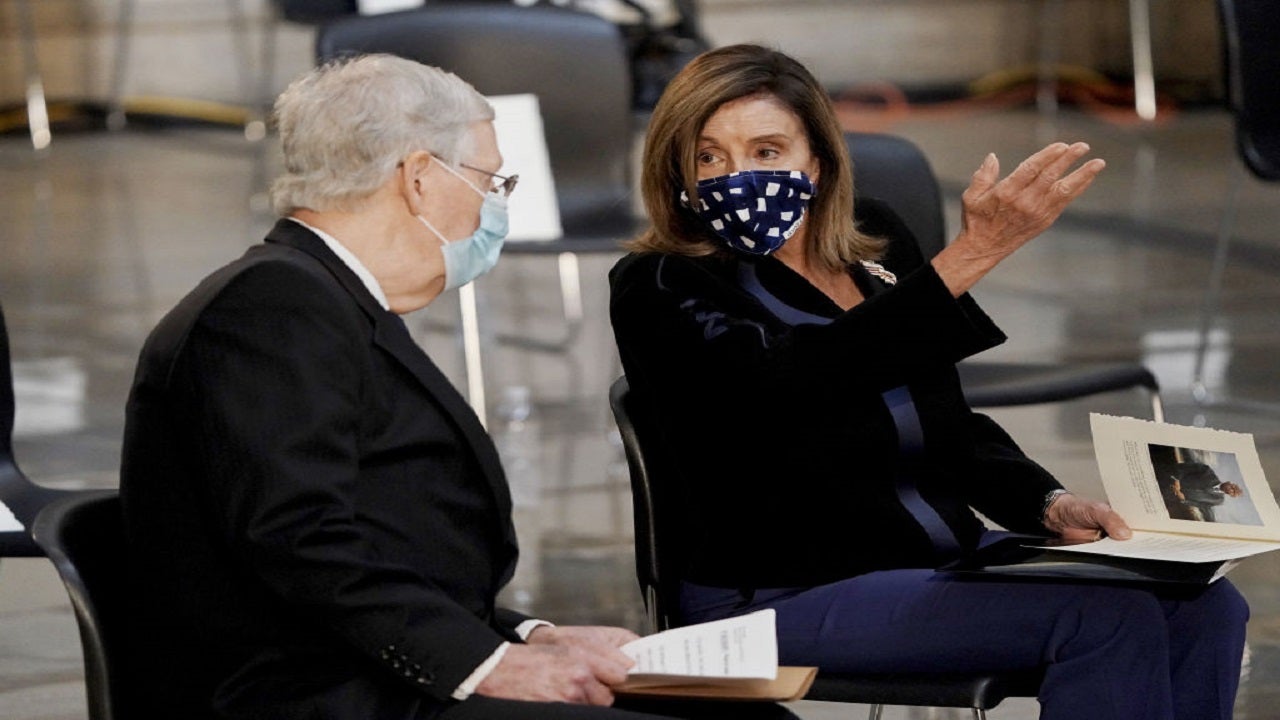 Congressional leaders on both sides of the aisle pushed back Thursday against President Donald Trump’s refusal to commit to a peaceful exchange of power should he lose the November election. Politicians including Senate Majority Leader Mitch McConnell and House Speaker Nancy Pelosi responded after a Wednesday news conference, where Trump said, “We’re going to have to see what happens,” in response to a question about the election results. “You know that I’ve been complaining very strongly about the ballots, and the ballots are a disaster.”

McConnell and other Republicans took to social media to assure the public of a calm transition.

“The winner of the November 3rd election will be inaugurated on January 20th,” McConnell said in a tweet. “There will be an orderly transition just as there has been every four years since 1792.”

Pelosi, during a news conference, told Trump to “calm down.”

“Calm down, Mr. President,” she said. “You are in the United States of America. It is a democracy. So why don’t you just try for a moment to honor our oath of office to the Constitution of the United States.”

Other Republicans followed McConnell’s lead. Trump ally Sen. Lindsey Graham, who chairs the Senate Judiciary Committee, said Thursday “If Republicans lose we will accept the result. If the Supreme Court rules in favor of Joe Biden, I will accept that result.”

Rep. Liz Cheney of Wyoming  tweeted: “The peaceful transfer of power is enshrined in our Constitution and fundamental to the survival of our Republic. America’s leaders swear an oath to the Constitution. We will uphold that oath.”

For months, Trump has sharply criticized voting by mail, which many Americans favor during the coronavirus pandemic, saying without substantiation that the process is rife with corruption and fraud.

Trump also refused to say he would honor the election results of 2016, if Hillary Clinton won.