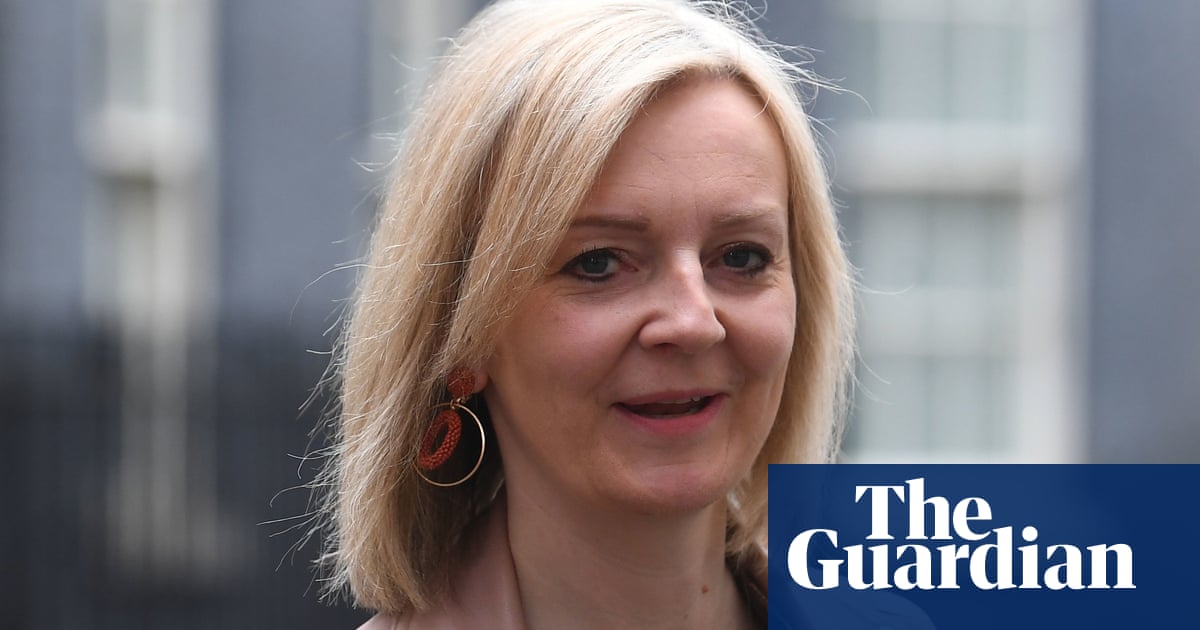 Plans to allow people to officially change gender without a medical diagnosis are not being adopted by Downing Street, which is instead moving to slash the cost of applying for a gender recognition certificate as part of moves to revamp the process.

In a written ministerial statement setting out the government’s long-delayed response to the 2004 Gender Recognition Act consultation, the women and equalities minister, Liz Truss, said the act strikes the “correct” balance in providing “proper checks and balances” while supporting people who want to change their legal sex.

Proposals developed under Theresa May’s government to allow people to “self-identify” as their chosen gender – by signing a statutory declaration without having to provide evidence of a medical diagnosis of gender dysphoria – are not part of the government’s response.

Instead, the government will cut the £140 cost of applying for a gender recognition certificate to a “nominal amount” in England and Wales, as well as placing the whole procedure online as part of changes to make the process “kinder and more straightforward”.

In an attempt to combat lengthy NHS waiting lists for trans people, Truss said the government was opening three new gender clinics this year. Truss explained she was “deeply concerned at the distress” the long waiting lists could cause and the move should see them cut by about 1,600 patients by 2022.

Truss said: “We have also come to understand that gender recognition reform, though supported in the consultation undertaken by the last government, is not the top priority for transgender people. Perhaps their most important concern is the state of trans healthcare. Trans people tell us that waiting lists at NHS gender clinics are too long. I agree, and I am deeply concerned at the distress it can cause.”

But the government was immediately condemned by Stonewall – which has been campaigning for the right of trans people to change their birth certificates without a medical diagnosis – for putting forward “only minimal administrative changes”.

The charity’s chief executive, Nancy Kelley, said: ‘Today, the UK government has fallen far short on its promise to reform the Gender Recognition Act, and has missed a key opportunity to progress LGBT equality.

“It’s a shocking failure in leadership that after three years and a robust public consultation, the UK government has put forward only minimal administrative changes to improve the process for legal gender recognition of trans people in England and Wales. While these moves will make the current process less costly and bureaucratic, they don’t go anywhere near far enough toward meaningfully reforming the act to make it easier for all trans people to go about their daily life.”

Mermaids, a charity that supports transgender young people, raised concerns that none of the proposals offered help to those under the age of 18. Susie Green, the charity’s CEO, added: “We are disappointed that the government reforms make no mention of non-binary identities and fall short of self-declaration, a move which would have brought England and Wales into line with our neighbours in the Republic of Ireland, where society has benefited from a de-medicalised system for gender recognition since 2015, without any problematic outcomes.”

Under the current gender recognition legislation, which was passed in 2004, in order to change their birth certificate an individual must be over the age of 18 and apply to a panel providing medical evidence of a diagnosis of gender dysphoria as well as proof that they have been living in their preferred gender for at least two years. Transgender people have described the current medical requirements of the process as intrusive and humiliating.

Critics of the concept of self-identification welcomed the announcement. Fair Play for Women, which argued that the reform would significantly undermine women’s sex-based rights described it as “a fair decision balancing the rights of all; trans people and women”, adding that “today marks a fresh approach to all policies on sex and gender. The government has acknowledged women are stakeholders too and policies must fairly balance the conflicting rights of trans people and women”.