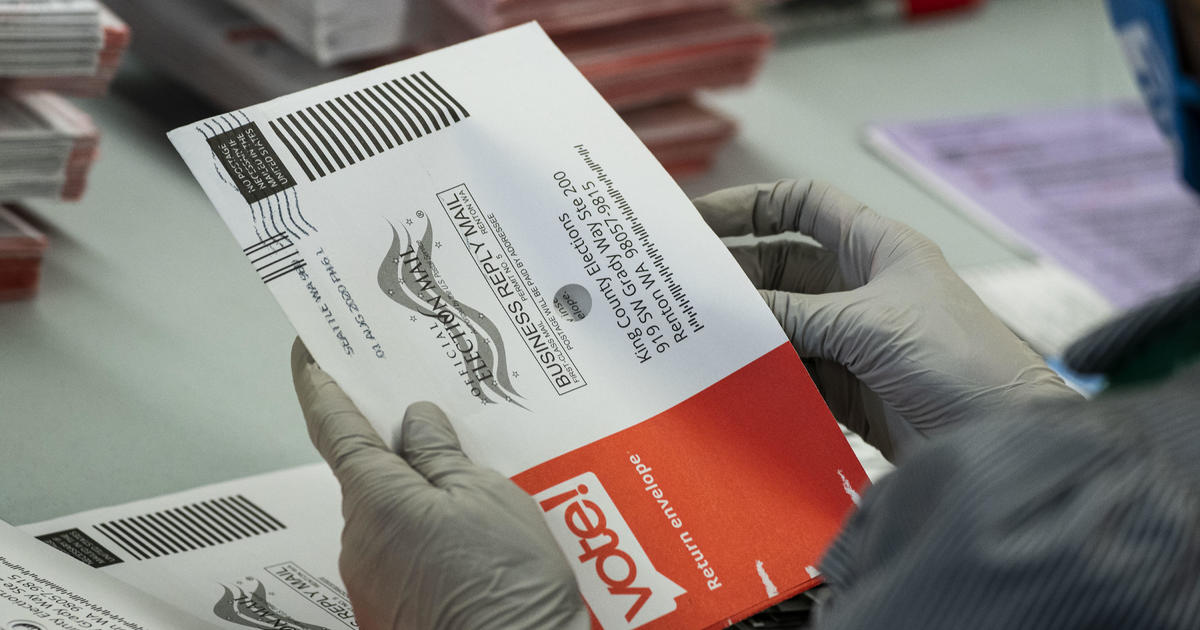 A federal judge in Wisconsin on Monday extended the deadline for absentee ballots to be received during the general election by six days, raising the possibility that the winner of the presidential race in Wisconsin may not be known for several days.

U.S. District Judge William Conley ordered that ballots that arrive by November 9, the Monday after Election Day, will count as long as they are postmarked by Election Day. Normally, absentee ballots in Wisconsin are due when the polls close at 8 p.m. CT.

“Given the sheer volume expected this November, there remains little doubt that tens of thousands of seemingly prudent, if unwary, would-be voters will not request an absentee ballot far enough in advance to allow them to receive it, vote, and return it for receipt by mail before the election day deadline despite acting well in advance of the deadline for requiring a ballot,” Conley wrote.

He added, “While the Legislature would opt to disregard the voting rights of these so-called procrastinators, Wisconsin’s election system sets them up for failure in light of the near certain impacts of this ongoing pandemic.”

Because of that extended deadline, nearly 80,000 ballots were counted that would have otherwise been rejected for arriving after the usual Election Day deadline. In 2016, President Trump won Wisconsin by less than 23,000 votes.

The ruling, however, will almost certainly be appealed. Because of that likelihood, Conley stayed his decision for a week and urged people to still take action early.

“In recognition of the likelihood of appellate review, however, this order is STAYED for one week, and NO voter can depend on any extension of deadlines for electronic and mail-in registration and for receipt of absentee ballots unless finally upheld on appeal,” Conely wrote.

“We’re reviewing the order and working with the other parties in the case to determine our next steps,” Andrew Hitt, chair of the Republican Party of Wisconsin, said in a statement. The Republican National Committee, state Republican party and Republicans in the legislature have all fought to keep the usual ballot deadline in place.

More than one million Wisconsinites have already requested absentee ballots for the general election, and the Wisconsin Elections Commission (WEC) has projected as many as 2 million people could vote absentee. Clerks were required to begin mailing ballots out to voters on September 17 and nearly 3,400 ballots were already returned as of Monday morning, according to the WEC.

In April, Conley ordered clerks in Wisconsin not to report election results until the ballot receipt deadline passed. However, because of the postmark requirement for November, he said “the court will not require election officials to refrain from publishing results until after the extended absentee ballot deadline.”

A report from the WEC following the April election showed inconsistencies among postmarks on some ballots that didn’t necessarily indicate which date the voters turned in their ballots to the United States Postal Service. In his ruling, Conley acknowledged those issues and said if there is not widespread use of intelligent mail barcodes to track ballots, “the WEC will again need to provide guidance to local election officials, as it did for the April election” about how to count ballots.

He also said in his ruling that “local election officials should generally err toward counting otherwise legitimate absentee ballots lacking a definitive postmark if received by mail after election day but no later than November 9, 2020, as long as the ballot is signed and witnessed on or before November 3, 2020, unless there is some reason to believe that the ballot was actually placed in the mail after election day.”

And he extended the deadline for voters to register online or by mail by a week and ruled that people do not have to be a resident of their own county to serve as poll workers in this election.

President Trump’s narrow wins in Michigan, Pennsylvania and Wisconsin helped launch him to the White House in 2016. None of those states that he flipped had voted for a Republican presidential candidate since the 1980s. Last week, the Pennsylvania Supreme Court and a state court in Michigan extended ballot receipt deadlines in those states, which also normally require absentee ballots to be returned by the time polls close.