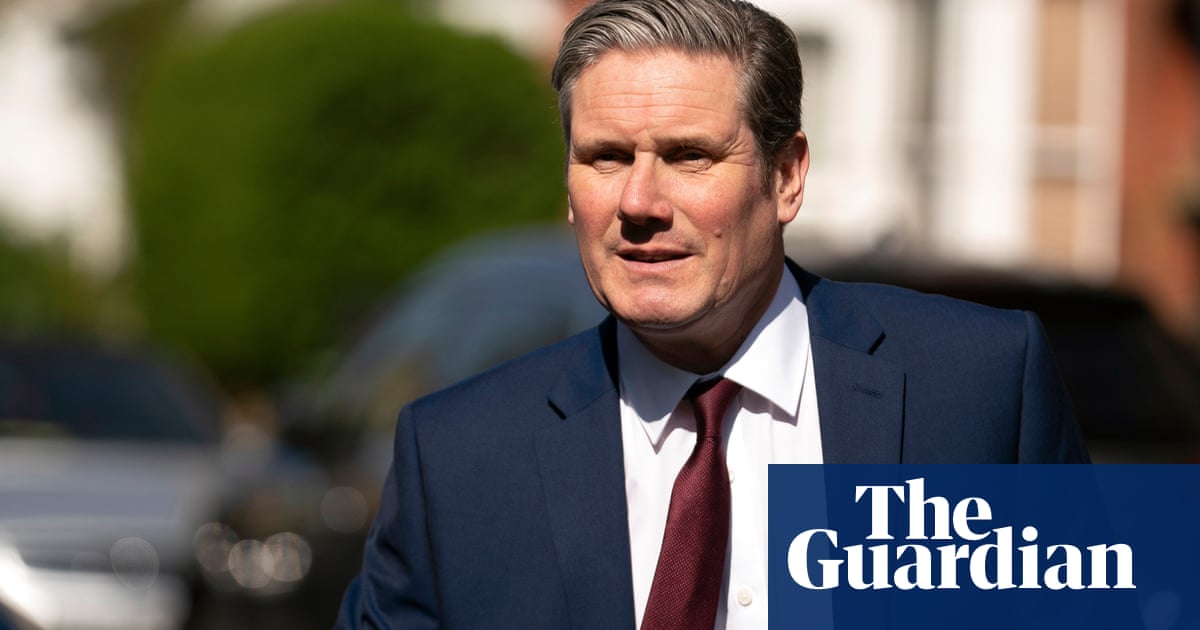 Keir Starmer is to appeal directly to “red wall” voters who abandoned the party last year to “take another look at Labour”, telling them his party loves Britain and is under new leadership.

Speaking from Doncaster, South Yorkshire on Tuesday at the online event replacing Labour’s annual conference, Starmer will stress a change in approach for Labour since he succeeded Jeremy Corbyn.

“To those people in Doncaster and Deeside, in Glasgow and Grimsby, in Stoke and in Stevenage, to those who have turned away from Labour, I say this: we hear you,” he will tell the online-only conference. “I ask you: take another look at Labour. We’re under new leadership; we love this country as you do.”

While key elements of the speech are calculated to resonate broadly, notably a pledge to close gaps in educational attainment and to provide a long-term vision for social care, the direct appeal to former Labour voters in northern and Midlands towns forms part of a wider post-Corbyn rebranding.

Amid concern within Starmer’s team that Labour had become too closely associated with critiquing the UK, the hope is to provide a more positive vision, based around the values of “decency, fairness, opportunity, compassion and security”.

In more personal elements, Starmer will point to his own background as the first member of his family to go to university, and his rise to become director of public prosecutions before entering parliament.

In a direct challenge to Boris Johnson’s much-touted “levelling up” plan, Starmer will call for opportunities such as his to be spread nationally.

He will talk of: “An economy that doesn’t force people to move hundreds of miles from family and friends just to find a decent job.

“One that truly works for all regions and nations of this United Kingdom, with opportunity and security in every part of the country and at every stage of our lives.”

As well as the constraint of no live audience, Starmer will be competing against the public and political focus on coronavirus, with the speech being moved forward by an hour to avoid clashing with Johnson’s address to parliament on the subject.

He will give the speech from the Danum gallery, library and museum in Doncaster, which – although itself represented by Labour MPs – is surrounded by constituencies that turned blue at the last election.

Other elements of the speech will seek to sketch out a more distinct vision on other issues, such as a greater focus on the climate emergency, with Starmer promising that a policy will be “judged not just by how much it costs today but by what it does for the planet tomorrow”.

Labour MPs and members will closely scrutinise his words for signs of the direction Starmer seeks to take the party, beyond his team’s initial focus on attempting to project an image of competence and responsibility.

In winning the leadership in April, Starmer repudiated little of Corbyn’s sometimes radical platform, but has since been coy about policy ideas. This has brought frustration from some sceptics in the party, despite Labour’s subsequent rise in the polls.

The new message for the party was also evident in Monday’s speech to conference by Anneliese Dodds, the shadow chancellor – which also had to be moved, so as to not clash with a coronavirus briefing by the government’s two top scientific advisers.

Dodds stressed Labour’s different approach to the economic repercussions of the pandemic, reiterating her call for some sort of targeted employment support to replace the soon-to-end furlough scheme.

She highlighted her intention to ensure “public money was always spent wisely – targeted where it’s needed most, not splurged where it isn’t”.

This message of fiscal responsibility was repeated several times, with calls for “value for money” on government contracts. She added: “We in Labour know that if you are responsible with public money, it can transform lives.”

A more obviously contrasting vision to that of the government was set out on Monday with the speech by Nick Thomas-Symonds, the shadow home secretary, saying Priti Patel “likes to talk tough”.

“When it comes to issuing press releases and talk of mobilising the armed forces against dinghies she’s there,” he said. “With her words, she seeks to divide when she should seek to unite. Yet, she fails to act when injustice stares her in the face.

“Let me be clear: as home secretary, I would not stand by whilst the victims of the Windrush scandal continue to suffer. It is the least we owe to that remarkable generation of people who were so shamefully treated.”