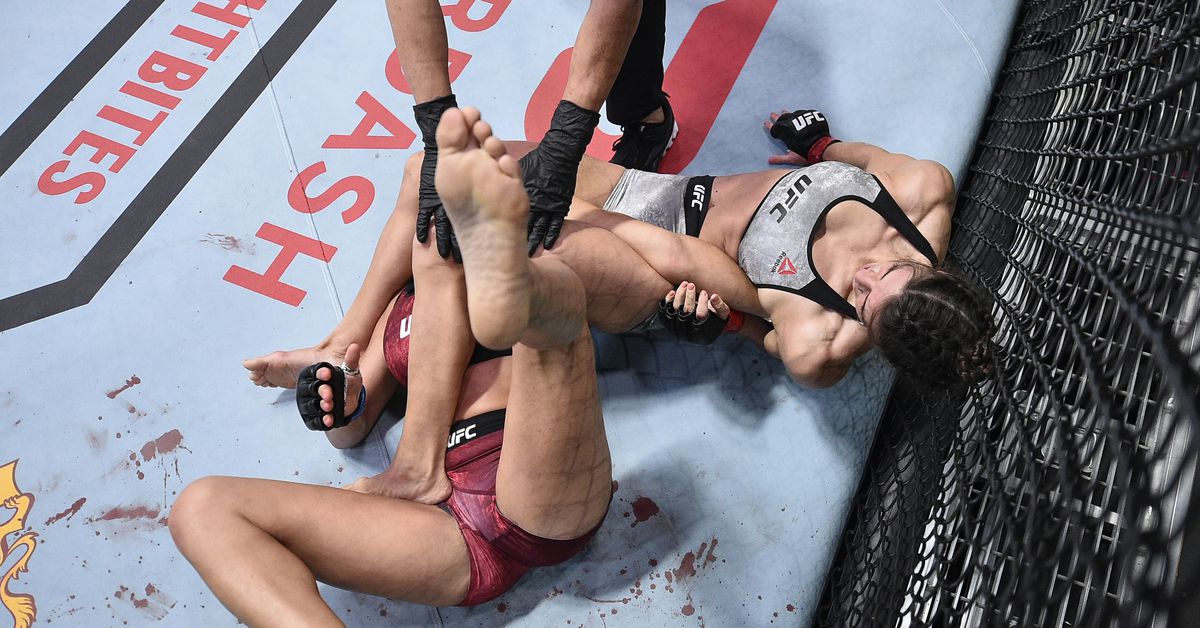 Mackenzie Dern isn’t sure why so many fighters are willing to test her ground game but she’s happy to make them pay for it.

Following a kneebar submission in her last fight, Dern wrapped up an armbar to tap out Ultimate Fighter veteran Randa Markos on the main card at UFC Vegas 11 to notch her second win in a row overall. The end came at just 3:44 in the first round after Dern locked up the submission on the canvas.

“I’m so happy,” Dern said after the win. “I really wanted to show my hands a little more. I don’t know why the girls want to stay on the ground with me. I got a submission, representing jiu-jitsu.”

After an opening exchange on the feet, Dern slipped to the floor after missing a kick and Markos decided to follow the multi-time grappling champion down to the ground. The move backfired as Dern immediately looked for a triangle choke before then reversing positions into the mount as she really started to put pressure on Markos.

Dern was methodical as she continued to advance on the ground as she set up the submission before falling to her back while holding onto Markos’ arm.

Markos did her best to resist while trying to find some way to escape the hold but it wasn’t going to be easy while facing a Brazilian jiu-jitsu specialist like Dern.

Finally, Dern extended the arm to the point where Markos was either going to tap out or risk serious injury and she made the decision to give into the submission.

Following a loss to Amanda Ribas in 2019, Dern has bounced back nicely with a pair of submission wins in her past two fights. She’s widely been considered one of the best prospects to join the UFC strawweight division in recent years and Dern is definitely living up to the hype with her latest performances.