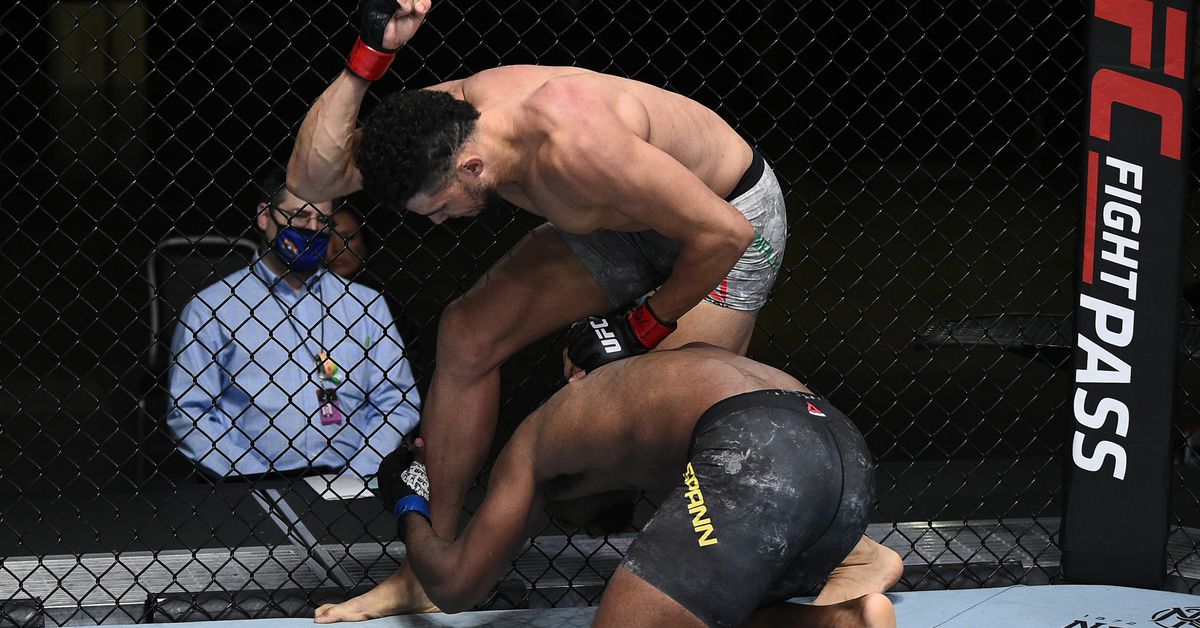 Every time Johnny Walker wins he’s looking to add to his highlight reel and his fight at UFC Vegas 11 was no exception.

The Brazilian bounced back from an early knockdown to then deliver some fight-ending elbow strikes that put Ryan Spann to sleep at 2:43 into the opening round. The wild exchanges eventually gave way to the finish as Walker admired his handiwork while getting back into the win column following two straight losses.

The win didn’t come easy for Walker because Spann was gunning for a finish of his own as he went head hunting early and often once the fighters were released from their corners. During one exchange, Spann connected with a powerful left hand that snapped Walker’s head around and sent him crashing to the mat.

Spann attempted to go for the finish but Walker did an admirable job to survive before working his way back to the feet.

The fighters then landed simultaneous punches that led to Spann looking for a takedown but Walker fended him off with a series of hammer fists. Walker then threw an elbow strike that landed flush to the side of Spann’s head and he went limp almost immediately.

The referee rushed into stop the fight as Walker celebrated his victory as he handed Spann the first loss of his UFC career.

Once touted as the future of the division, Walker had to suffer through a pair of tough losses before bouncing back on Saturday night. Now it appears his confidence is soaring yet again as he moves forward with his career.