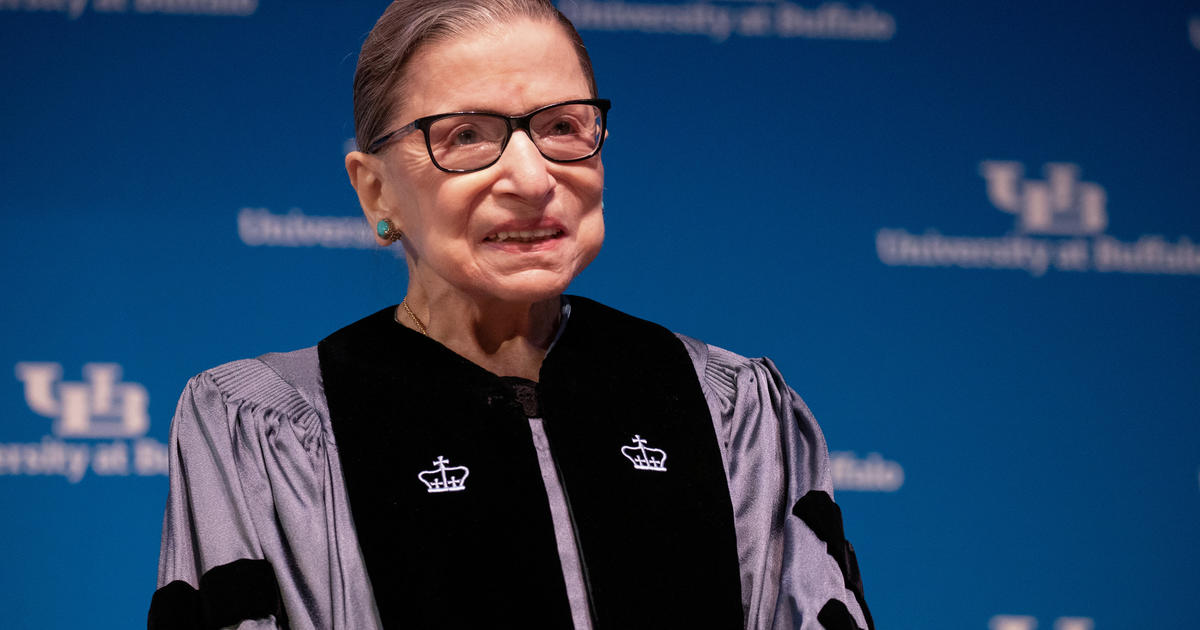 “As we mourn the loss of one of America’s most prominent and inspiring jurists, New York State will take a moment to celebrate the extraordinary legacy of Justice Ruth Bader Ginsburg and her precedent-shattering contributions to gender equity, civil rights and jurisprudence,” Cuomo said. “New Yorkers from all walks of life should reflect on the life of Justice Ginsburg and remember all that she did for our nation as we view these beautifully lit monuments tonight.”

According to a press release, the color was chosen both because it was Ginsburg’s favorite and “blue is the color of justice.” Across New York state, residents can look out for the illuminated landmarks, which include One World Trade Center, Grand Central Terminal, the Kosciuszko Bridge, Niagara Falls, the Mid-Hudson Bridge and many others.

Earlier on Saturday, Cuomo announced Ginsburg will also be honored with a statue in Brooklyn, her birthplace.

“Justice Ruth Bader Ginsburg selflessly pursued truth and justice in a world of division, giving voice to the voiceless and uplifting those who were pushed aside by forces of hate and indifference,” Cuomo said in a statement. “As a lawyer, jurist, and professor, she redefined gender equity and civil rights and ensured America lived up to her founding ideals.

“We can all agree that she deserves a monument in her honor,” he said.

Ginsburg, who was the longest-serving woman on the U.S. Supreme Court, grew up in Brooklyn in the 1930s and 40s. She left the city to attend Cornell University and then in 1956, began her studies at Harvard Law School. It wasn’t until her husband, Martin Ginsburg, got a job at a New York law firm did she move back to New York City where she completed her degree at Columbia Law School.

She went on to become a strong liberal voice on issues dividing the nation. Chief Justice John Roberts has called her a “jurist of historic stature.”

“Her legacy will live on in the progress she created for our society, and this statue will serve as a physical reminder of her many contributions to the America we know today and as an inspiration for those who will continue to build on her immense body of work for generations to come,” he added.

An artist has yet to be chosen for the statue, but according to a statement from the governor’s office, Cuomo will appoint a commission to select an artist in the coming days. Once that person has been confirmed, the design of the statue and a location within Brooklyn will be decided.

New York City Mayor Bill de Blasio also said Saturday there will be a memorial for Ginsburg, in response to calls for a statue in the city.

“Justice Ginsburg was an unparalleled hometown hero. We will immediately begin plans for a Ruth Bader Ginsburg memorial,” he tweeted. “Her memory will live on. I promise you that.”