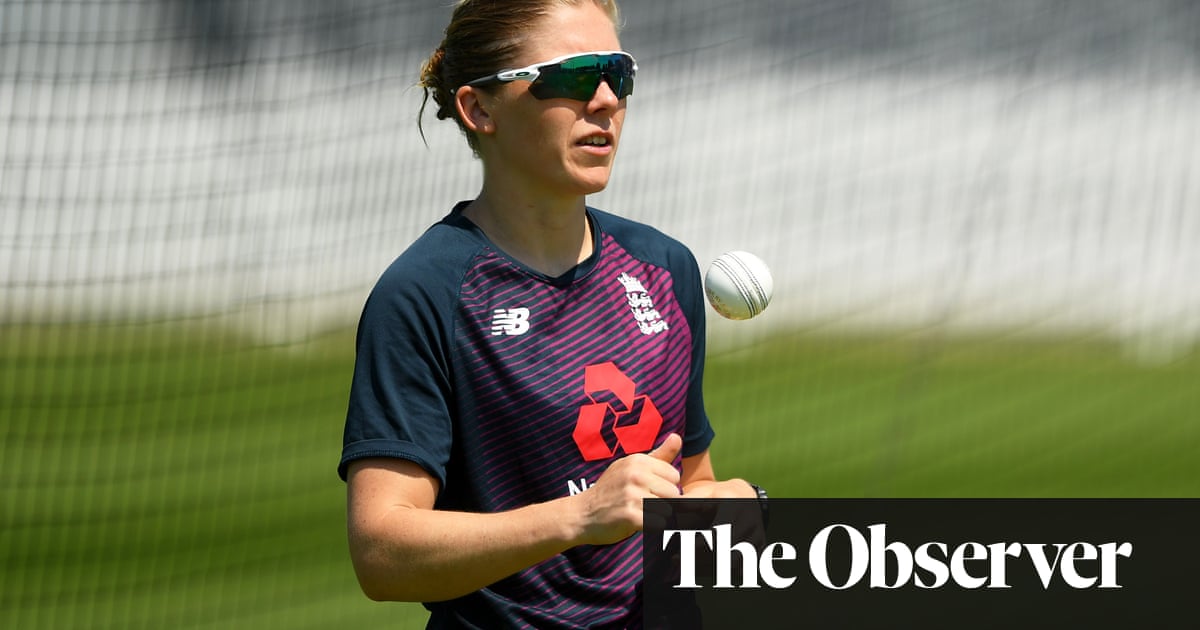 Heather Knight says England Women’s return to international cricket has been “a long time coming” as they finally take to the field against West Indies in the first of five T20s at Derby on Monday.

With first India and then South Africa dropping out of a planned September tri-series because of the Covid pandemic, there were concerns that the England and Wales Cricket Board’s efforts to create a biosecure bubble for a women’s series might go to waste. Happily for Knight and her teammates, West Indies were quick to step into the breach.

“We’re massively grateful to West Indies,” says Knight. “It’s been a very surreal time for us all, and now we’re getting back to some sort of normality and playing for England we’re all very excited.”

The series represents the first chance for women’s cricket to recapture the spotlight since 86,174 fans packed out the MCG for the final of the T20 World Cup in March. The third T20 will be televised live on the BBC next Saturday – the first women’s game to be shown on free-to-air television in the UK since the 1993 World Cup final – while the ECB has termed September #WomensCricketMonth to refocus the public’s attention on the women’s game.

The series will also reflect a commitment to the Black Lives Matter movement as England will mirror the actions of their male counterparts earlier in the summer by wearing the BLM logo on their shirts. Both teams may also take a knee before the matches.

Knight says she will be meeting the West Indies captain, Stafanie Taylor, to discuss the best way for both sides to “honour the movement” during the series.

The sides last met in Sydney in March, in the final group stage game of the T20 World Cup, an encounter England won by 46 runs. However, that was quickly followed by Knight’s side crashing out of the tournament by default after rain prevented their semi-final being played.

Knight admits that she found the months spent in lockdown taking an enforced break from cricket a challenge: “I’m someone who’s quite motivated by what’s on the horizon and what’s coming.” That said, it did help her put the semi-final disappointment in perspective.

The series presents her with a welcome chance to continue a magnificent run of form in 2020 that culminated in a 63-ball hundred against Thailand during the World Cup, making her the first woman to hit centuries in all three formats of the game.

With the 2021 Women’s World Cup postponed by a year, the series is also a risk-free opportunity to throw some younger players into the mix. England have recalled the 21-year-old left-arm seamer Katie George and the 22-year-old batter Sophia Dunkley, who impressed the coach, Lisa Keightley, with a feisty 97 for South East Stars in the second round of the Rachael Heyhoe Flint Trophy.

However, Knight has hinted that England are likely to stick with a tried-and-tested formula for the first few matches at least. “You’ve got to remember that no one’s played any cricket, so everyone is desperate to get out there playing, and we have to be a bit sensitive to making sure we get the players that have done so well for us before some cricket,” she says.

For West Indies, making sure their players remain match-fit across the series is a key concern, having been back together for less than a month, arriving in Derby on 31 August. Taylor has already missed one intra-squad warm-up, while the all-rounder Deandra Dottin – who is working her way back from a shoulder injury that prevented her from bowling during the T20 World Cup – has sent down just two overs across the two warm-up games.