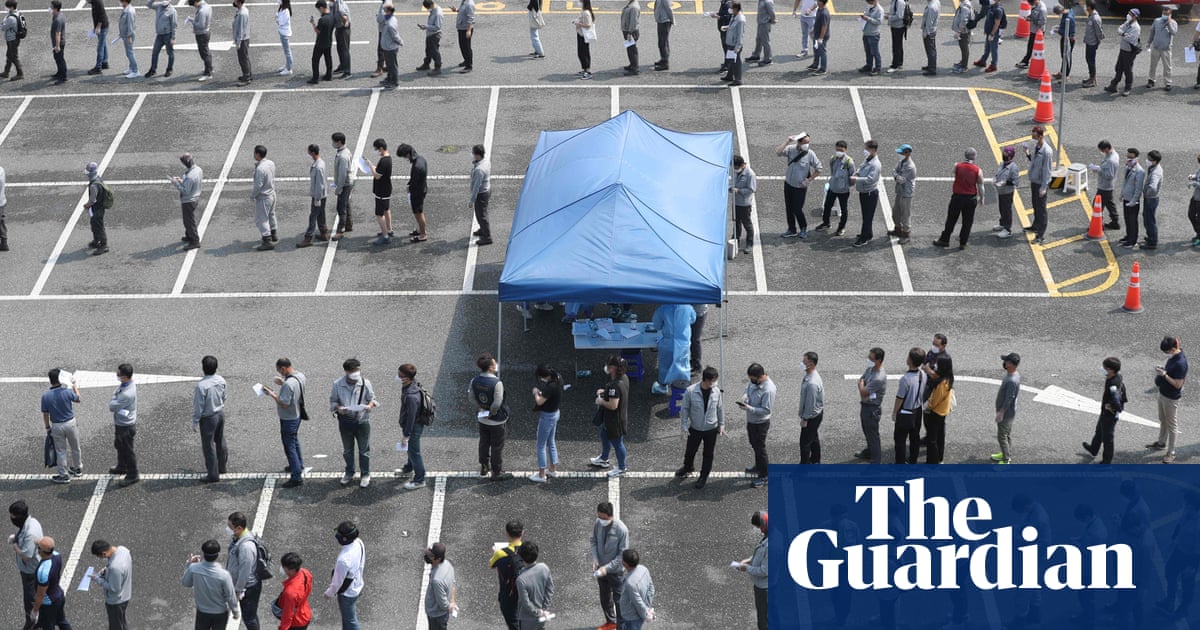 As chaos continues to engulf Britain’s test and trace system, attention has focused on how successful other countries have been in using testing and contact-tracing to suppress coronavirus transmission.

While many have embraced test/trace regimes, comparing the relative successes – and failures – is complicated by the fact that different countries count things even as basic as the number of daily tests using different methods.

Experts agree, however, that well-designed and resourced testing regimes have the potential to reduce the reproduction rate of Covid-19 (the R number) – by up to 26%, according to a study undertaken by Imperial College.

The research cautioned that to have that success rate requires the identification of 80% of cases and contacts and immediate testing and quarantine following the appearance of symptoms.

Andrew Lee, reader in global public health at the University of Sheffield, writing in the Conversation about what makes a good testing regime, underlined the “laborious nature” of effective testing: it needs to be fast and accurate and reliably identify “most – if not all – contacts an infected person has had during their infectious period”.

Another issue confronted by a number of countries, including the UK, is whether capacity that looks sufficient during a period of lockdown is enough to deal with an exponential resurgence in cases, as is currently being experienced in Europe.

A final issue that has emerged is whether mass population testing is less useful than a smaller number of more targeted tests, especially if it risks overloading the system. The Johns Hopkins Coronavirus Resource Center argues that “testing programs should be scaled to the size of [a country’s] epidemic, not the size of the population”.

The biggest takeaway on international testing is that countries that acted quickest – in contrast to the UK’s dithering – have generally been most successful.

While South Korea has seen its own resurgences of infections, its test and trace system – like those of a number of Asian countries – has been hailed as a success, spurred by the painful memory of the slow and inefficient response to the Mers outbreak in 2015.

Like Germany, which has also had one of the more successful test and trace efforts, South Korea began building its testing system in January within days of identifying its first cases, summoning representatives of 20 major medical companies to an emergency planning meeting.

Within a week of that meeting a diagnostic test had been approved for emergency use and the country was setting up drive-through testing facilities with a quick capacity to test thousands, adding new tests as they became available.

As early as February, after a huge cluster was linked to a church in the south-eastern city of Daegu, South Korean authorities were offering tests at hundreds of sites. Anyone found to be positive was asked to describe in detail their recent movements, with the information then posted on to a smartphone app that sent out alerts to users.

The mobile centres conducted the tests free of charge within 10 minutes, with the results sent to people’s phones within 24 hours. By mid-March more than 270,000 people had been tested. The system has now performed more than 2.2 million tests.

Singapore, like South Korea, has been aggressive in its approach to testing, collecting swabs from about 15% of its population of 5.7 million.

It has also focused rolling tests on its most apparent vulnerability, cramped foreign workers’ dormitories, while recently introducing innovative Bluetooth contact-tracing tokens to its residents – small devices that can be worn on a lanyard that track movements – to help contain the spread of Covid-19.

Amid mounting concern over rising cases across Europe, France’s experience has more recently mirrored that of the UK. Following complaints over the slow pace of testing as cases began spiking again, the health minister, Olivier Véran, promised – in a Boris-Johnson-esque moment – to deliver a million tests a week.

While Véran defended the 1m target, the upshot has been that French testing laboratories have been overwhelmed, leading to many of the same difficulties in finding tests seen in the UK, with hour-long queues in some places and delays in receiving results.

That has led some French experts to point out that the goal should not be the absolute numbers of tests achieved but the ability to test those who need it most, and quickly.

“The issue is not just the number of tests, it’s who you test, and ensuring that the whole process goes quickly so that the contact tracing strategy works,” Pascal Crépey, an epidemiologist and professor at the Rennes School of Higher Public Health Studies said this month.

Like South Korea, Germany is often flagged up as a success story for testing. It is another of the countries that very quickly established a regime built on already excellent regional health infrastructure and a network of laboratories.

Unlike in the UK, where the test and trace effort was centralised and largely outsourced to private companies, in Germany the effort relied on local public health services reinforced with redeployed civil servants and extra staff and supported by state institutions. It is worth noting, however, that even Germany’s system faced strains when it was first established.

From October priority will be given to people displaying symptoms or in an essential job.

The US has conducted more tests than any other country. After a pretty disastrous start tests are widely and quickly available in many places. However, the picture is not uniform and like other countries it has seen capacity strained in places where infections are surging with some areas seeing labs struggling to turn tests around within a week over the summer, badly undermining their usefulness.

Testing has also become a political football in Donald Trump’s re-election campaign, with reports on Thursday suggesting guidance posted on the CDC’s website, deeming it unnecessary to test people with no symptoms of Covid-19, even if they had been exposed, was not written by the agency’s scientists and was posted over their objections.

Some labs have warned too that they will face another crunch as autumn and winter arrive with the largest lab company, Quest, warning it will be impossible to increase capacity to cope with a surge in demand during the autumn flu season.