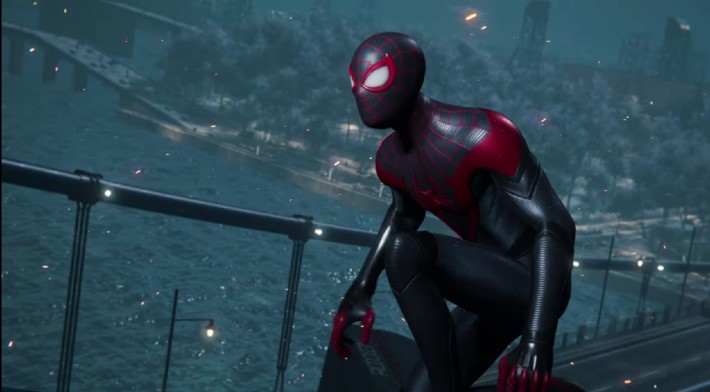 Finally, after months of rumors, potential leaks, promises, and a giant stare down between two console giants. We have a price for the PlayStation 5. While Microsft has been giving a slow drip feed of news about its new Xbox console since December, Sony has been oddly quiet for most of 2020. They’ve given small insights into the power of the console, and even showed off some games with the design back in June.

But with Holiday 2020 quickly approaching and an Xbox price plus release date revealed on Twitter, everyone was waiting for Sony to do the same. Well they finally have and alongside that price reveal we, of course, got some video games. A few new titles, and some more insight into a few we already knew about, here is what we learned about the PlayStation 5 during the price reveal event.

A Price And Release Date

Let’s start off with the obvious one. We finally have a price for the PS5. Fans have been anticipating this for months now with many on the fence about which console they want likely letting the price be the deciding factor for them. There was even more pressure to release a price point when the Xbox Series S was announced to only be $300.

This created an interesting predicament for Sony. Go too high and they risk alienating fans and pushing them straight to their biggest competitor. Go too low to match the Xbox and they risk taking a loss on the consoles themselves just to beat the Xbox in sales. As a result of that, we get a $400 digital only console and a $500 disc console. This feels about as low as they could possibly go while not losing too much, if any money, on sales for the PS5.

So we now have two consoles, each with $500 versions, and a cheaper but still powerful digital only version. The next generation console race is officially on, with the PS5 dropping on November 12 (with preorders already underway).

Likely the biggest video game related announcement was that Final Fantasy 16 is coming to the PlayStation 5. The latest in the extremely popular JRPG franchise appears to be in a fantasy type setting, but as any Final Fantasy fan knows there will surely be some sci-fi like elements alongside it. The bits of gameplay we did get to see showed a return of the fast paced action style combat that was in Final Fantasy 15 along with some beautiful cutscenes.

Final Fantasy always comes with plenty of hype attached to it, which is to be expected of such a giant title, but it traditionally also comes with delays. Final Fantasy 15 had a development time of 10 years and went through numerous changes. While the game that was shown during the PS5 event had an extensive trailer with voice acting and story set pieces you can never count out a delay when it comes to Final Fantasy. Still, it’s extremely exciting!

Fans of the first Spider-Man game on PS4 and Into The Spider-Verse were already plenty excited when Marvel’s Spider-Man: Miles Morales was unveiled during the first PS5 event, but the second one swung in even harder. This came with gameplay, set pieces, a tiny bit of story, and a release date. Spider-Man: Miles Morales is going to be a PS5 launch title that looks strong enough to convince many people that it’s worth getting the console on launch day.

This game has just the right amount of flair to be a Miles Morales title. Anyone that saw Into The Spider-Verse knows that there is a certain style, substance and coolness to him. This game captures that, as it looks cool, sounds cool, and I’m already extremely excited to play it when the console releases in November.

The Harry Potter RPG “Hogwarts Legacy” was created to appeal to one specific audience. Every single millennial who grew up a fan of Harry Potter always wanted one thing. They wanted to one day play a game that let them be a Wizard or Witch in the Harry Pottery universe. That dream has never been fully realized until potentially this game.

This trailer hit on all the right notes and everything about it gave off the same charm and wonder that Harry Potter gives off for fans. It is exactly what a Harry Potter game should be. It isn’t a PS5 exclusive, but Sony getting this game to be shown off during their event is likely going to get at least a handful of buyers looking at the PS5 just for the Harry Potter game. That’s a huge win for them.

The end card for the PS5 price reveal event was simple. It was the reveal teaser for God of War: Ragnarok and that is all we know. Fans of the 2018 God of War will surely be excited with that game being a serious Game of The Year contender. If Ragnarok is anything like its 2018 counterpart, there is plenty to be excited about.