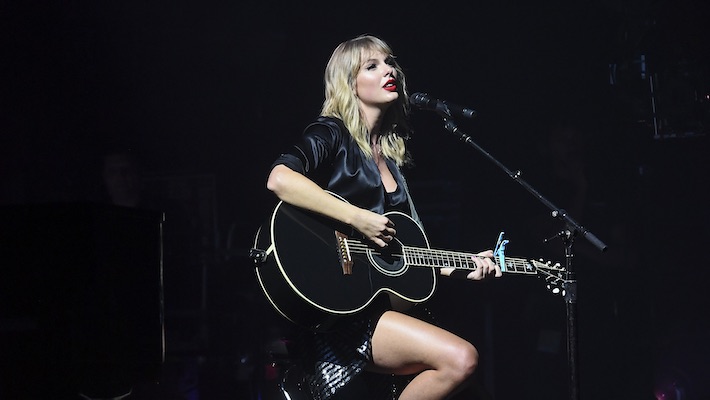 It’s been a big year for Taylor Swift, and it just keeps going. The singer’s most recent feat found her at the 2020 American Country Music Awards, performing”Betty,” off of her new album, Folklore. The performance found her retreating to her country roots, being the first time in seven years she’s played the AMC. Taylor performed a stripped-down version of the song, Taylor delivered a soothing performance of the country-leaning song.

Her performance comes after she landed six consecutive weeks atop the Billboard albums chart thanks to Folklore, a streak that began with a monster debut of 846,000 first-week sales. She also tied Whitney Houston for the most overall weeks spent atop the Billboard albums chart among female artists. Since the Folklore‘s release, Taylor has been very interactive with fans, revealing Easter eggs hidden in her “Cardigan” video as well as who some of people that inspired the album. She even surprised indie record stores with autographed copies of the album.

Taylor recently got on board with a fan’s Folklore adaptation idea, which was based on the song “The Last Great American Dynasty.” The film will feature the all-star cast of Blake Lively, Ryan Reynolds, Jesse Tyler Ferguson, and Taylor herself.