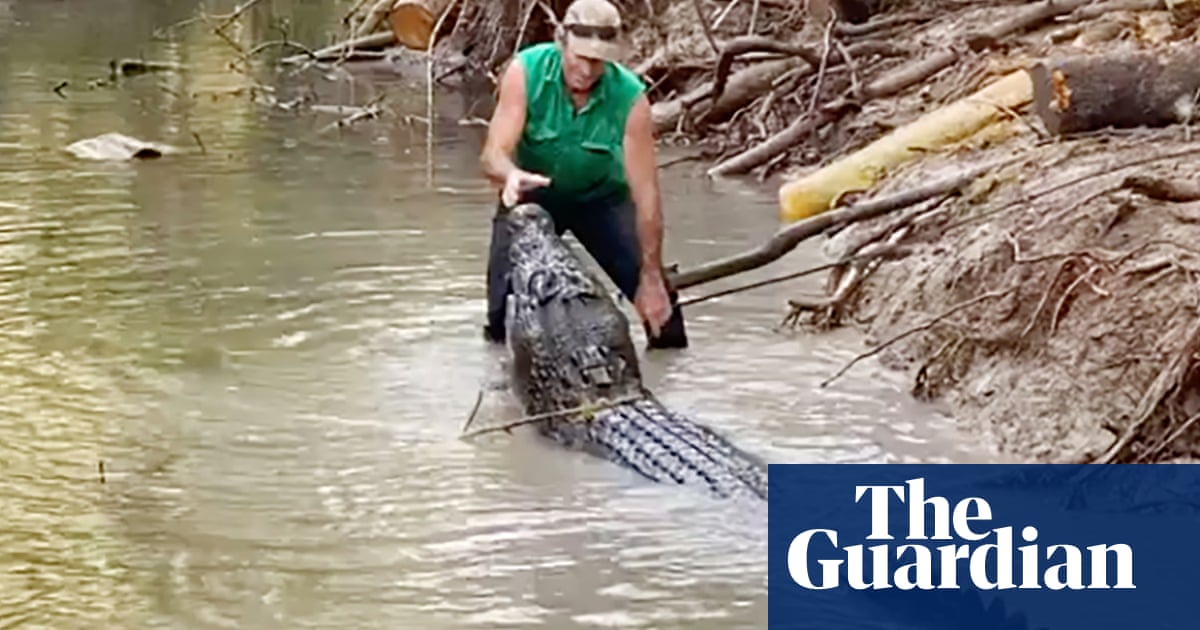 For most people, the sight of an approaching crocodile, mouth wide open, would provide the fright of a life. And their fear would be rightly placed, as encounters between man and saltwater crocs typically have deathly ends for the former.

Not for Matt Wright, the so-called “outback wrangler”.

The animal handler had been trying to clear logs from a river path in Australia’s Northern Territory – a region renowned for its croc-infested rivers – when a seemingly playful crocodile arrived.

The outback wrangler, who stars in a television show of the same name, can be seen trying to swat away the four-metre-long creature.

In an Instagram video, Wright repeatedly submerges Bonecruncher’s head as it approaches him and his colleague, Tommy, in the knee-deep water.

“We can’t get any work done, he keeps following us,” Wright says.

“Bonecruncher being an absolute pest wile (sic.) we’re working to clear some logs in the water,” Wright says in another post about the encounter.

It’s not the first time Wright encountered Bonecruncher – in fact, the pair seem to have developed an odd relationship over the years.

Wright explained why he felt so comfortable around Bonecruncher.

“He’s a croc with poor self-esteem and he hangs out where the big crocs don’t,” Wright told NT News.

Wright said he had known the crocodile from encounters over the past seven years, and that it had become “vulnerable” after losing an eye and part of his jaw.

“Guys understand this is not normal behaviour for a saltwater croc.

“I’ve been working with crocs for over 20 years now … and this is the first croc I’ve ever seen behave in this manner,” he said.

Despite the seemingly innocent nature of their interaction, Wright urged anyone encountering a crocodile to act more cautiously.

“It’s great to see and be part of this relationship with a wild croc, but remember that saltwater croc is the most aggressive croc in the world and are the cause of many deaths,” he said.

The videos of the encounter, which have gained hundreds of thousands of views, have attracted comments including “this is the most Australian thing I’ve watched”.

Another commenter wrote: “I’m convinced he is Steve Irwin reincarnated.”