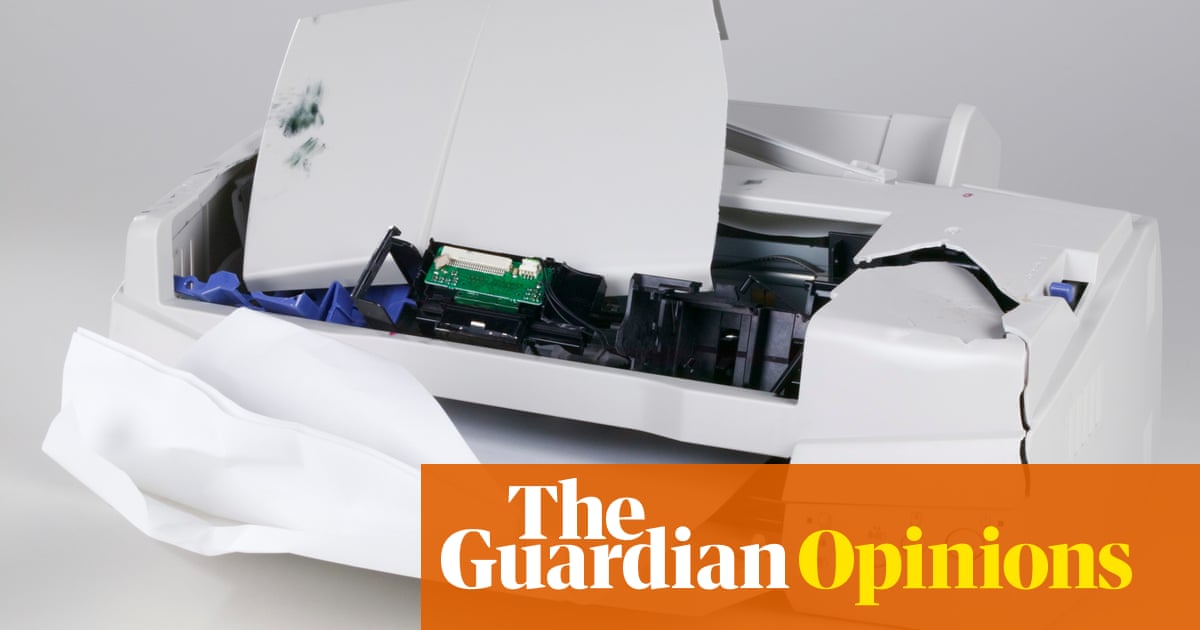 I suppose I am a creature of the computer age. They were coming into widespread domestic use when I was a teenager. My grandad, seeing the way the world was going, bought me a ZX Spectrum. I never had the faintest idea what I was supposed to do with it. Then towards the end of my time at university I got an Amstrad word processor thing, which at least allowed me to produce legible work. Since then I’ve run the gauntlet of Psion, Microsoft, Apple and so on, and lived to tell the tale. All of the above have let me down terribly at times, but things have improved and we can live with each other.

Printers, however, are different. I hate printers. I hate every one I’ve ever owned from the bottom of my heart. I’m always pleasantly surprised by how cheap they are, and then furious when I remember they flog you the printer for a song in order to absolutely fleece you with the cost of the ink. And then none of them work properly. None. Of. Them. It’s not that they don’t work at all; that would be easier to deal with. It’s that they work fine until they don’t. This always happens when you really, really need to print something and for some reason it suddenly just won’t cooperate. It might be a paper jam or something to with the wifi, but more likely there is simply no explanation. It just stops printing, before randomly starting again, minutes, hour or even days later.

My current printer has died completely, beyond repair. I asked the bloke at Bromsgrove district council’s recycling site if he had a lump hammer I could use to smash it to bits. He looked at me like I was mad and merely pointed me in the direction of the small appliances skip. Pulse racing, I ascended the steps alongside the big container and took a moment to cherish this feeling. Then, mustering every gigabyte of strength I possess, I threw it high into the blue sky. It seemed to hang in the air, flashing in the sun, goading me one last time before coming crashing down and disintegrating.

Now I’m buying a new printer, which I will soon learn to hate just as much.