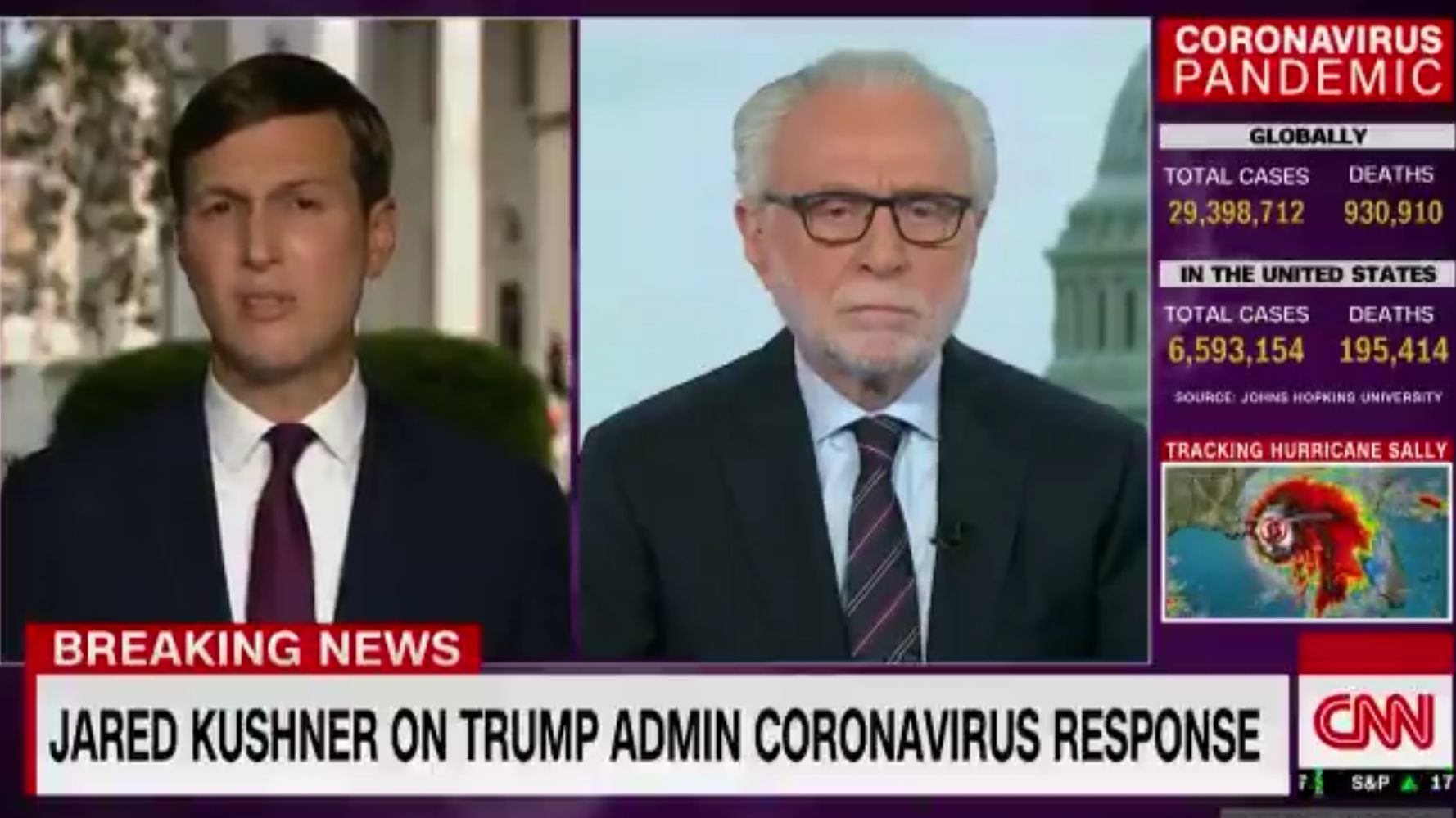 CNN’s Wolf Blitzer on Tuesday issued a stark reminder to Jared Kushner of the devastation that COVID-19 continues to wreak on America.

Blitzer, in an interview ostensibly about the establishment of formal ties between Israel and the United Arab Emirates and Bahrain, grilled President Donald Trump’s son-in-law and adviser over the White House’s pandemic failures.

“The Situation Room” host asked why the Trump administration and Trump campaign refuses to follow White House health guidelines on slowing the spread of the coronavirus, citing Sunday’s indoor rally in Henderson, Nevada, and Tuesday’s signing of the Middle East accords as examples. People at both events were seen not wearing masks or socially distancing.

During their exchange, Blitzer twice asked Kushner if Trump and his top advisers should set an example for the American public. The anchor also noted how almost 200,000 Americans had already died from COVID-19 and 200,000 more are forecast to die before the end of the year.

Kushner, in response, attempted to explain away the maskless rallies and events and defended the administration’s handling of the public health crisis. claiming it was “doing everything possible.”

But when he tried to spin the death toll, Blitzer hit back: “A thousand Americans a day are dying, Jared.”

Check out the interview here:

Elsewhere in the interview, Blitzer pressed Kushner on the president’s retweeting of a baseless conspiracy theory alleging Democratic nominee Joe Biden is a pedophile.

Kushner claimed not to have seen the retweet and instead hyped Trump’s nomination last week for the Nobel Peace Prize.

“Please tell him. Tell your father-in-law that it’s really bad, it’s really disgusting to retweet those kinds of ugly, disgusting tweets about his Democratic rival,” said Blitzer. Kushner said he would “relay to him your concern.”

Check out that exchange here:

.@WolfBlitzer asks Jared Kushner to convey a message to Pres. Trump for sharing a tweet that accuses Joe Biden of being a pedophile: “Tell your father-in-law that it’s really bad, it’s really disgusting to retweet those kind of ugly… tweets about his Democratic rival.” pic.twitter.com/tEvcQDNIeK