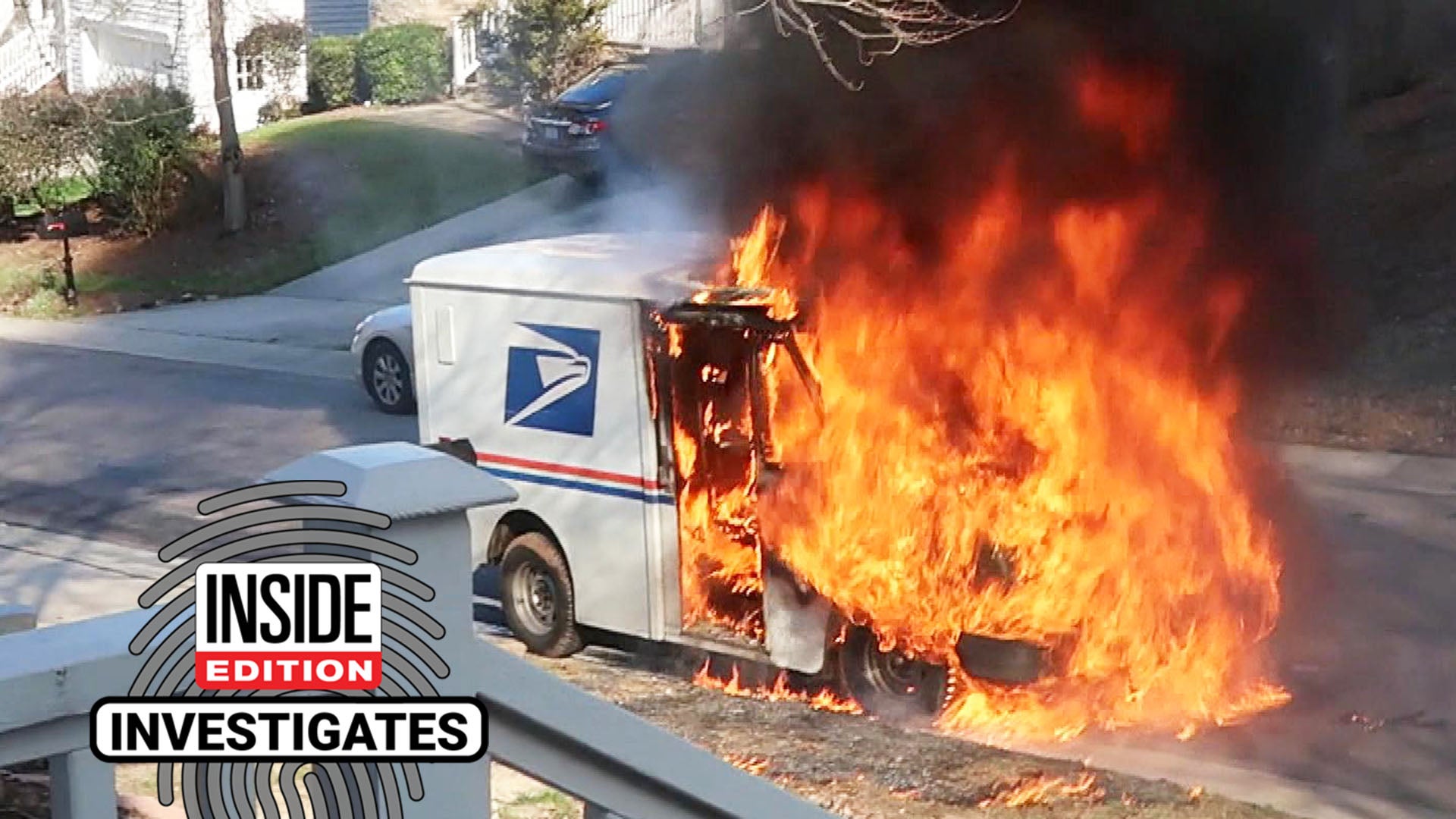 In the last six years, more than 400 United States Postal Service mail trucks have burst into flames, sometimes right in the middle of the neighborhoods where postal workers are delivering mail.

Mary and Peter Frey were among residents who watched as a mail truck in their neighborhood caught fire and captured the startling sight on video.

“I jumped up from the table, I went to the door and I look out, and I see this mail truck on fire,” Peter told Inside Edition. “It was the cabin of it just in flames. And so I run out the door to see if the mail carrier was inside the vehicle.”

Luckily, there were no people inside the truck, but similar scenes are playing out in neighborhoods across the country.

Right now, there are more than 140,000 of these trucks still on the road. Inside Edition’s Investigative Unit spoke with Sean Kane, a leading expert in automotive safety.

He pointed to the age of the mail trucks, as a “significant factor” behind the blazes—many of them are more than 30 years old.

The USPS told Inside Edition, “The safety of our employees is of foremost importance.” The agency says it is planning to replace the trucks and “has implemented mandated maintenance schedules and preventative maintenance inspection procedures for the existing postal service fleet.”

The House of Representatives has approved $6 billion to replace the entire fleet of the trucks that have been catching fire, but the bill has been sitting in the senate for several months.

“I can’t imagine being a mail carrier and knowing that this sort of thing can happen,” Mary said.

Mailed It! Postal Worker Saves Christmas as She Rescues Packages From Burning Truck