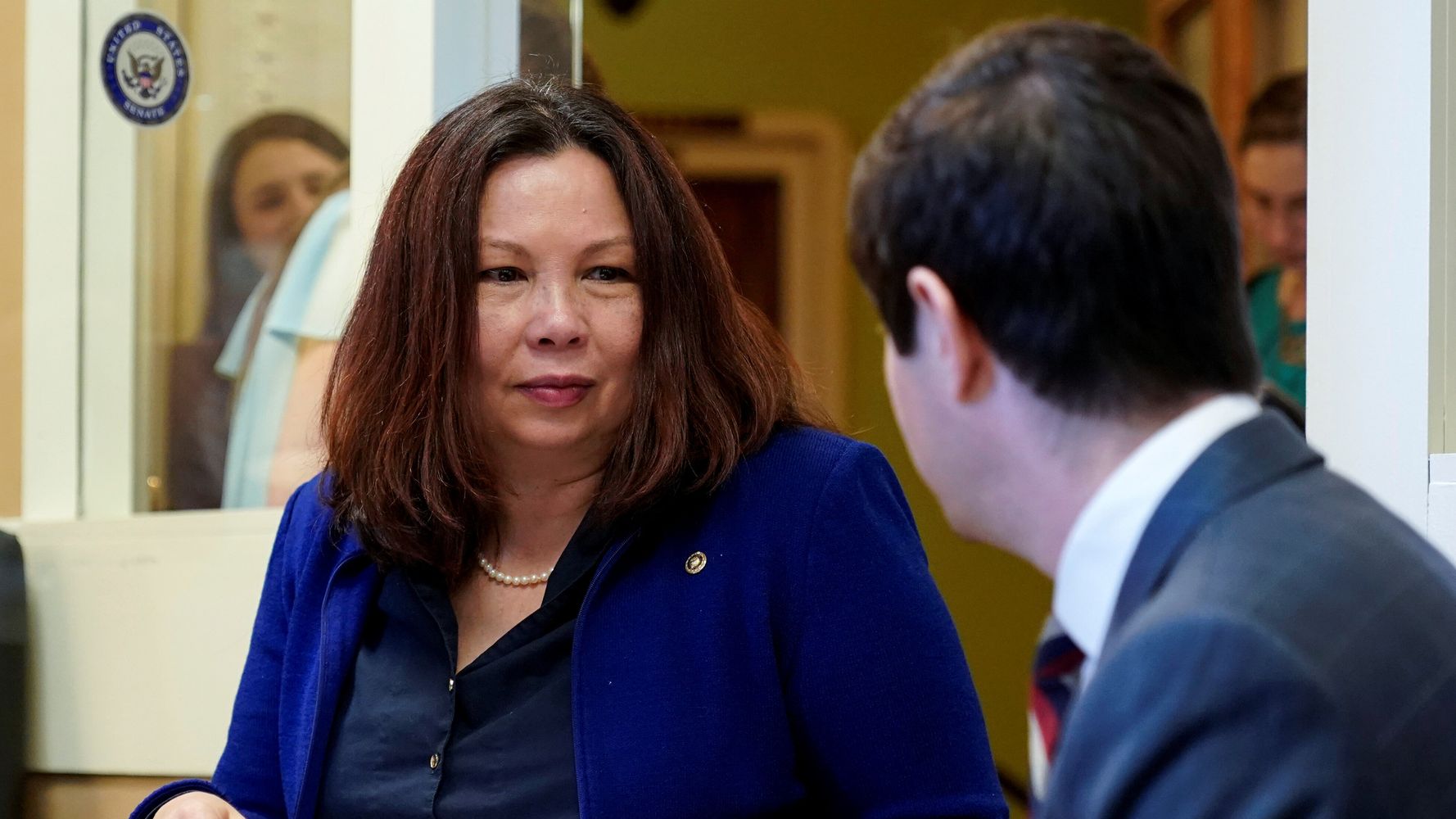 WASHINGTON ― Sen. Tammy Duckworth (D-Ill.) on Wednesday ditched an agreement with the White House and Republicans to support two anti-abortion judicial nominees from her state, instead voting against both.

Duckworth, who has a strong record in support of women’s reproductive rights, was expected to vote for the nominees, David Dugan and Stephen McGlynn, as part of a bipartisan package of President Donald Trump’s court picks. Under Illinois’ selection process for judicial nominees, the president’s party picks candidates for three out of every four district court vacancies, the other party picks the fourth candidate, and both parties agree to a package where all four nominees move forward together.

That was the case here ― except in the end, Duckworth couldn’t stomach Dugan’s and McGlynn’s nominations. Both were Republican picks for lifetime seats on the U.S. District Court for the Southern District of Illinois.

“After my own careful review of their qualifications … I found both have a troubling record on constitutionally-protected reproductive health rights demonstrating extreme bias against women’s rights and science that undermines my confidence that they could serve as the fair and independent judge that every Illinoisan deserves in the courtroom,” Duckworth said in a statement provided to HuffPost.

“I remain committed to safeguarding our Delegation’s longstanding judicial selection agreements with this and future Presidential administrations while ensuring our state’s judicial vacancies are handled in a fair, non-partisan and thorough manner,” she continued. “But it’s clear based on Mr. Dugan and Mr. McGlynn’s records and statements that I must ultimately oppose their nominations to serve lifetime appointments on the federal bench.”

Despite Duckworth’s opposition, Dugan and McGlynn were both confirmed.

Fellow Illinois Democratic Sen. Dick Durbin, who also supports abortion rights, voted for both of them.

A spokesperson for Durbin did not respond to a request for comment.

Dugan, who is currently an Illinois state judge, was a co-founder of Illinois Vision 2020, a nonprofit whose stated goal is “ending abortion in Illinois by 2020” and which partners with the Illinois Federation for Right to Life.

Dugan wrote in a 2018 judicial candidate survey for Illinois Right to Life Action that he had “been deeply involved in various organizations as a pro-life advocate,” and that he questioned the Supreme Court’s decision in Roe v. Wade.

“For a number of reasons, the case of Roe v. Wade is sorely misplaced,” he said. The Supreme Court decision is established law, but “even with that, I do not believe that the Illinois Constitution, independent of the United States Constitution, provides a sound basis for expansion of the right of privacy to the same extent” as laid out in Roe v. Wade.

Dugan also said in the survey that he supported restrictions on young women’s access to abortion because they may be “presumably very emotional and maybe even irrational.”

McGlynn chaired the platform and resolution committee for the Illinois Republican Party in 2004. That year, the party’s platform stated:

From the first beat of a heart to the last breath drawn, we recognize each individual’s dignity and worth. Government is obligated, by law and by deed, to protect and defend each individual’s right to life, not only from government action, but also against a threat from another. The right to life is of such primacy that no government entity nor any person shall be allowed to take another’s life without due process of law and only under the most compelling and grave circumstances. Government must defend and protect those who by age, disability or other affliction cannot protect themselves. This includes the protection of the unborn child.

Asked about this language in his Senate confirmation hearing in June, McGlynn said the platform was a political document with input from many GOP officials. But Charlie Johnston, a conservative blogger in Illinois and a friend of McGlynn’s, wrote in 2008 that “it was McGlynn who did the writing” and that it was “the most comprehensively pro-life platform in the nation.”

Lena Zwarensteyn of the Leadership Conference on Civil and Human Rights, a coalition of more than 220 national civil rights groups, condemned the confirmation of both nominees. The organization wrote to senators in June in opposition to Dugan and McGlynn.

“Both have worked against reproductive freedom in their professional and personal capacities. Dugan previously campaigned on an anti-abortion stance and questioned the legality of Roe. Similarly, McGlynn has been instrumental in pushing forward an anti-abortion agenda in Illinois,” Zwarensteyn said in a Wednesday statement. “Their records on this and other critical civil and human rights make them unfit for lifetime positions.”

Trump’s most lasting legacy will arguably be his judges, who are expected to sit on the nation’s courts for decades after he’s left the White House. He’s gotten a total of 214 Article III judges confirmed so far, including two Supreme Court justices, 53 appeals court judges and 157 district court judges. A common thread among his court picks is that many are young, white and male, and hold extreme ideological views on abortion, LGBTQ rights and other civil rights.