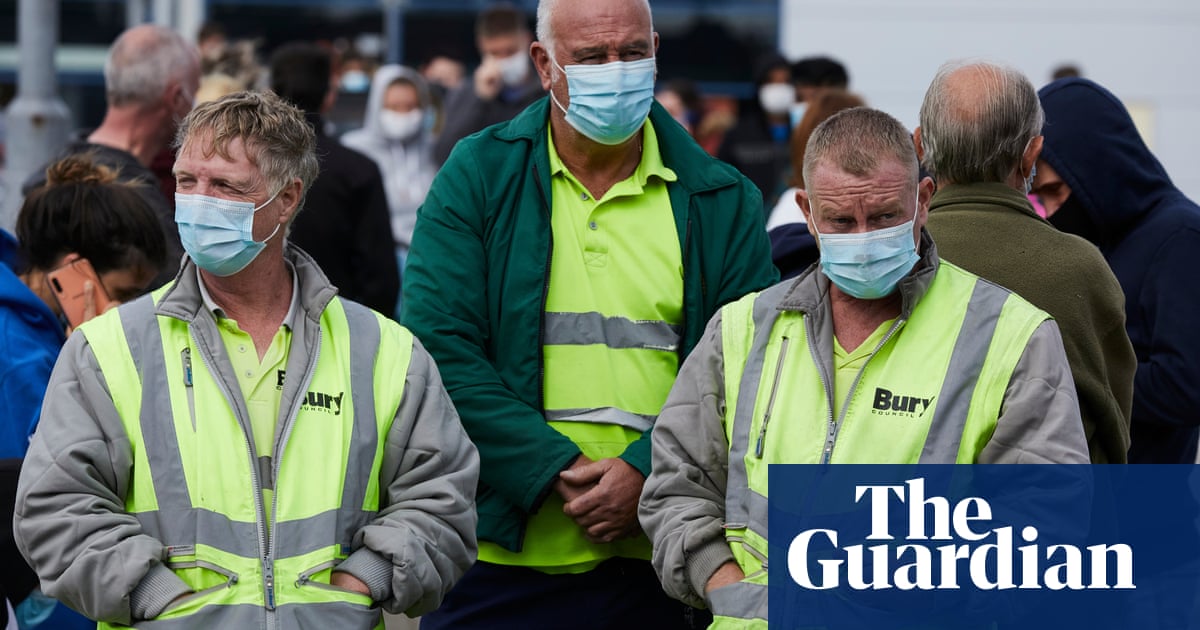 A spate of deaths from Covid-19 in a hospital in Greater Manchester are “a canary in the mine” for the rest of the country if it continues to struggle to test and trace infections, one of the UK’s most senior public health chiefs has warned.

Jeanelle de Gruchy, president of the Association of Directors of Public Health, said the 18 Covid-19 deaths in a week at Tameside general hospital – up from six the week before – were an indicator of what will happen if community transmission continues to rise amid a crisis in testing capacity. No tests were available in the area on Wednesday morning through the government website which has been overwhelmed with demand.

“Where community rates are going up, people vulnerable to Covid are getting ill, are being hospitalised and unfortunately a number of them are dying from Covid,” De Gruchy said. “It’s a signal to us about the direction this is taking. There are going to be consequences for the vulnerable: admissions and deaths are going to go up.”

She called for resources to be diverted to help local health officials trace the contacts of a rising number of infected residents – in particular school teachers and pupils – amid rising frustration among directors of public health at a lack of testing capacity, delays on requests for mobile testing units, poor quality or missing data from testing and slow and low quality contact tracing.

De Gruchy is also the director of public health for the Tameside area east of central Manchester where she said outbreaks – including in about 20 schools – were part of a “worrying picture”.

“We are seeing a real rise in community transmission not just in Tameside, but across Greater Manchester and the north-west,” she said. “It is happening quite rapidly. It is going up in areas where previously it was low, Wigan and Liverpool for instance.”

But she warned that public trust in the official response to keeping the pandemic in check was being eroded, partly by comments made by Matt Hancock last week that testing shortages were a result of asymptomatic people seeking tests when they shouldn’t.

The testing crisis has fostered a “disengaged and distrustful public”, she said. “It is eroding trust and councils are being put in a difficult position where they are having to front the failures of the system.”

On Wednesday morning tests were not available across much of the north-west, including Bolton, which currently has the highest infection rate in England.

It was impossible to book a test in Preston, which has the third highest infection rate in the country, and Oldham, which has the fourth, or Blackburn with Darwen, Burnley, Warrington, Knowsley, Liverpool, Wirral, Bury and Salford, according to checks by the Press Association.

Callan Glover, a mother in Leicester, was among those unable to book a test for her six-year-old son unless she went to Aberdeen, so she paid £125 for a private test with results expected in 48 hours.

“He also has had five positive cases in his school over the last few days,” she said. “I can only assume there are many more cases but we can’t test our children.”

De Gruchy reiterated calls for local health experts to be given more resources to tackle the problems in their area, saying that a key way to tackle school outbreaks is to have health officials working directly with headteachers on contact tracing, rather than through centralised call centres.

“In June, we were told test and trace would not be fully operational until September but when schools and universities reopened, we would have a system ready,” she said. “But that is not the case. Directors of public health and local government are having to do a huge amount to manage the situation locally. We need financial and people support.”