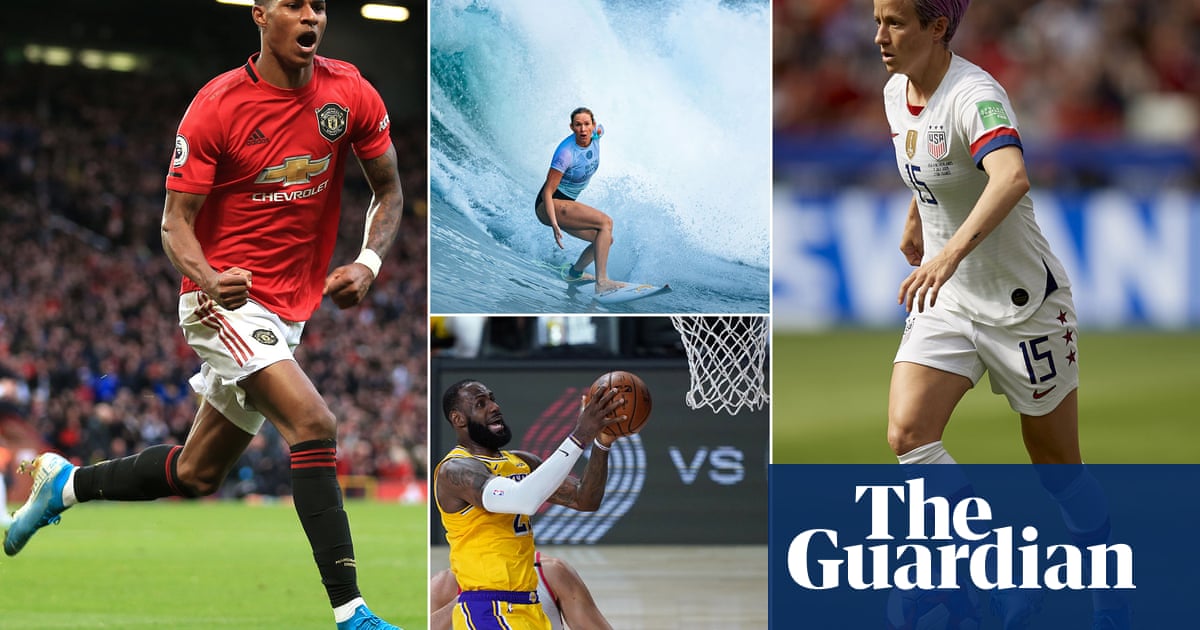 A report of England’s dramatic 2019 Ashes victory told from the perspective of the batsman’s glasses has been crowned a winner of the 2020 Football School/Guardian Young Sportswriter of the Year award.

Rebecca Close, aged nine, won the category for children from seven to nine years old with her story about the 76-run partnership between Ben Stokes and Jack Leach at the Headingley Test against Australia from the point of view of Leach’s famous specs.

“The idea of writing the story from the perspective of a pair of glasses was great and super-creative,” said judge Per Mertesacker, the former Arsenal and Germany defender.

The category for ages 10 through 12 was won by Eleanor Walsh, aged 11, who wrote a thrilling piece about the British triathlete Vicky Holland winning bronze at the Rio de Janeiro Olympics in 2016.

The competition asked entrants to write either a match report of a sporting event or a profile of an athlete of their choice, at a maximum of 600 words.

Three clear trends emerged among the entries. First, the re-emergence of cricket, which came in a close second after football as the most popular sport to write about. The drama of last summer’s Ashes series and the World Cup final, which England won after a super-over, seem to have ignited a passion for the sport in the younger generation.

Secondly, many entrants writing profiles of athletes wrote about their activism, rather than just their sporting achievements. The role of Marcus Rashford in challenging food poverty in the UK was a frequent topic, with nine-year-old Finlay Daugherty’s moving piece on the England forward a runner-up in the younger age category. Isabella Allen’s passionate piece supporting Megan Rapinoe’s social activism also made the shortlist. Raheem Sterling, LeBron James, Mo Salah and Viv Anderson were all singled out for their influence and impact away from the pitch.

The most striking change from last year, however, was the number of female sports and athletes profiled across all sports. Simone Biles (gymnastics), Serena Williams (tennis), Bethany Hamilton (surfing) and Dianne Buswell (ballroom dancing) were among those joining footballers Rachel Daly, Bethany England, Marta and Rapinoe in receiving individual profiles.

The Guardian’s football editor, Marcus Christenson, who was part of the voting panel, said: “It felt as if the quality of the writing had gone up a notch from last year and it was really difficult to pick the two winners. There was a wonderful amount of energy and creativity in all the entries.”

Alex Bellos, co-author of the Football School books, said: “It was wonderful to read all the entries and to see the passion that young people have for sport, and for writing. The quality of the submissions, as well as the diversity of the sports and approaches, impressed all the judges. Just ask my glasses!”

The Football School/Guardian Young Sportswriter of the Year award will be held again next year.