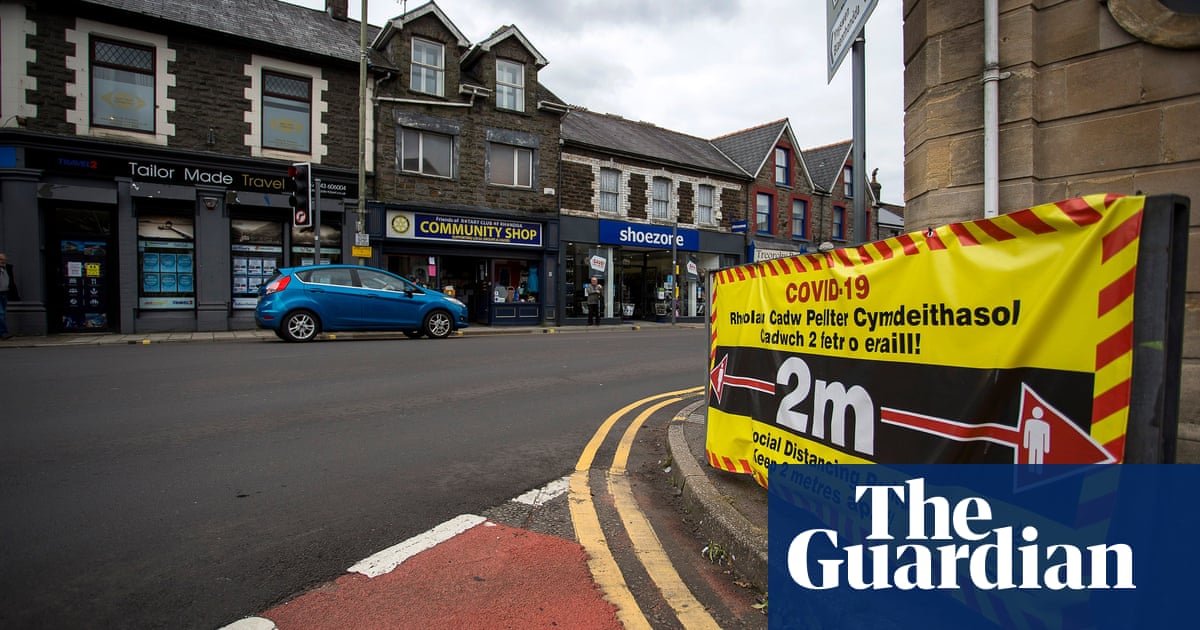 A trip to Doncaster races by a group of sports fans from south Wales is being blamed for a cluster of Covid-19 cases in an area where a new, strict lockdown is being imposed.

Almost a quarter of a million people in Rhondda Cynon Taf (RCT) have been told that from Thursday they will not be able to leave the area without a reasonable excuse following a sharp rise in coronavirus cases.

The Welsh government said one of the clusters was associated “with a club outing to the Doncaster races, which stopped off at a series of pubs on the way”. More than 2,500 spectators were allowed into the first day of the Doncaster meeting last week.

But the situation took a twist after Doncaster Racecourse said it did not have any ticket bookings from the south Wales area for Wednesday’s event. It also revealed that it had not been contacted by the NHS or the Welsh government over the cluster.

In a statement, the racecourse said: “As a condition of running the pilot event last week, we were required to implement a full track-and-trace database that took the details of all attendees that would be on site, linked to an e-ticket and photo ID system on entry that would verify attendance.

“Doncaster Racecourse has received no contact from any organisation, including the NHS or the Welsh government, to verify the attendance of any individuals at last week’s event for the purposes of track and trace. In addition, we do not have any ticket bookings for any groups from the south Wales area for Wednesday’s event. We will be contacting the Welsh health minister as a matter of urgency to clarify the situation.”

The government has been criticised for allowing the Cheltenham festival to go ahead in March, shortly before the national lockdown. Other clusters in RCT are associated with a rugby club and pub.

A range of new measures will come into force in the county from 6pm on Thursday including all licensed premises having to close at 11pm. The Welsh government said people will only be able to meet outdoors for the time being.

The Welsh government’s health minister, Vaughan Gething, said: “We have seen a rapid rise in cases in Rhondda Cynon Taf in a very short space of time, linked to people socialising indoors and not following social distancing guidelines. We now have evidence of wider community transmission in the borough.”

The latest figures show the rolling seven-day new case rate is 82.1 per 100,000 people in Rhondda Cynon Taf. On Tuesday, the testing positivity rate was 4.3% – the highest in Wales.

Contact-tracing teams have been able to trace about half of the cases back to a series of clusters in the borough. The rest are linked to community transmission.

Gething said pubs had been a “real factor” in the spread of coronavirus in the area. He said a licensed premise had been closed in Tonypandy, and improvement notices had been issued for a bar in Pontypridd and a barber’s in Tonypandy.

A further 50 licensed premises were visited by council officers over the weekend and more enforcement action – either improvement notices or closure orders – is likely to follow.

The Rhondda MP, Chris Bryant, said: “I’ve been warning this would be necessary. Now we need to stick to the rules and get the transmission rate down to protect the NHS and the most vulnerable.”