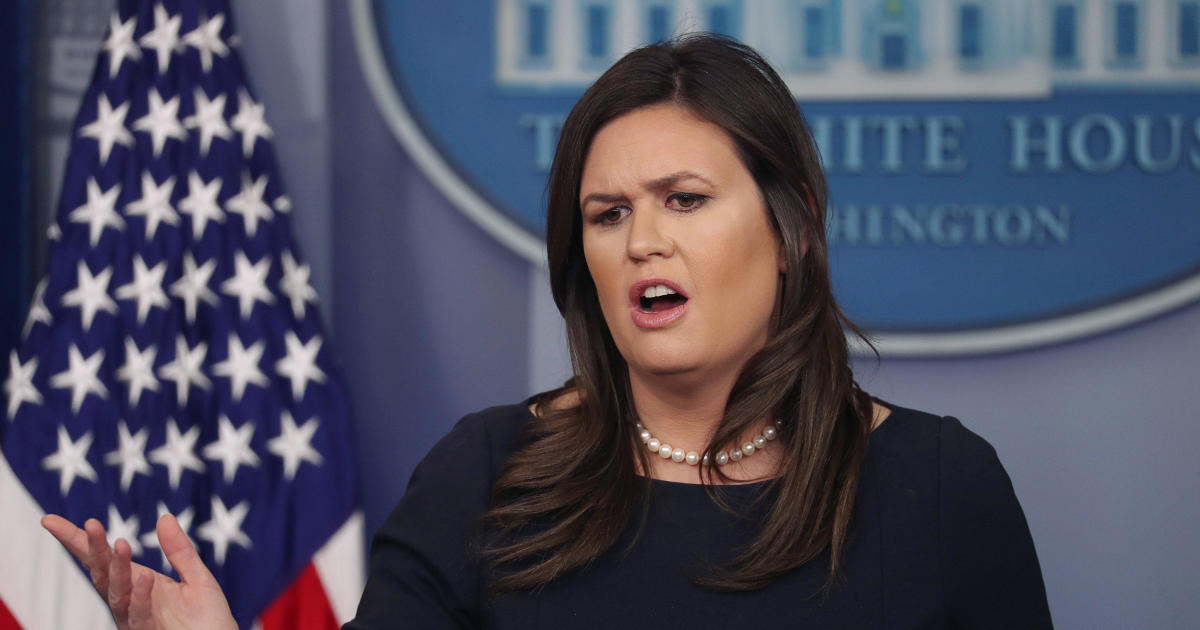 Former White House press secretary Sarah Sanders said that she “would not have encouraged” the extensive interviews President Trump gave Bob Woodward for his book, “Rage,” which was based on several on-the-record conversations with the president and was published this week.

“I probably would not have encouraged that level of access to the president,” Sanders said in an interview with CBS News chief Washington correspondent Major Garrett. Woodward’s book includes revelations that the president knew the coronavirus was more severe than he publicly expressed as early as February, and that he publicly downplayed the impact of the pandemic.

Sanders spoke with Garrett for this week’s episode of “The Takeout” podcast, which airs on CBSN every Friday and Saturday night at 9 pm ET.

But she acknowledged that it could sometimes be difficult for White House staff to discourage the president from doing what he wants to do — such as speaking to Woodward — and said that “sometimes, you have to pick your battles.”

Sanders also noted that whatever the level of cooperation Mr. Trump gave Woodward — who has written books about several presidents — the White House was unlikely to be happy with the result.

“A Bob Woodward book about your presidency probably isn’t going to be one you like,” Sanders said.

Sanders also slammed other former members of the Trump administration who have criticized the president since leaving the White House, such as former national security adviser John Bolton.

“I think he is a classic case of somebody who sometimes forgot that he wasn’t the president,” Sanders said of Bolton. She added that she believed some former administration officials could become “drunk on power.”

“At the end of the day, only two people in that building were elected,” Sanders said, in reference to Mr. Trump and Vice President Pence. “I think sometimes people find that very frustrating.”

Sanders noted that she and many former employees have “maintained a great relationship” with the president.

She also discussed Mr. Trump’s campaign and said that she believed that it wasn’t possible to be a Republican and not support the president’s reelection. She praised his commitment to Republican ideals, pointing to the fact that he has filled the judiciary branch with conservative judges.

“That alone I think should give Republicans, real Republicans, a solid and good reason to support the president,” Sanders said.

It’s hard to be truly patriotic without supporting the president, she opined.

“I think if you really love what makes America special, then you wouldn’t vote for somebody who wants to take those things away,” Sanders said, referring to Republican priorities like protecting the Second Amendment.