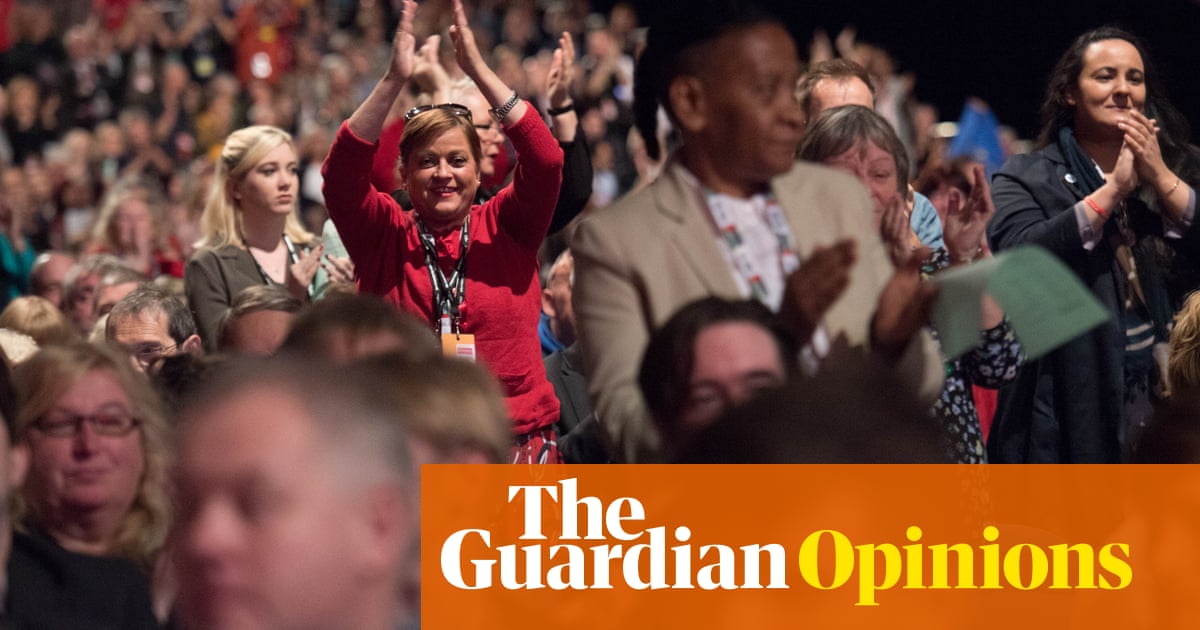 I can’t have been the only veteran of the British party conference circuit to have breathed a sigh of relief at being spared an increasingly unrewarding annual trek this autumn. Now that we are on the verge of this country’s first ever virtual conference season, however, I’m not so sure this was right.

The first such gathering of 2020 began this week with the Trades Union Congress. Next Sunday, Labour begins three days of online debates and speeches. In the following two weeks, the Liberal Democrats and the Conservatives will follow suit. In October the SNP is expected to complete the season. In the whole history of British party politics, there will have been few gatherings odder than these.

Labour should be aiming to shape public opinion, not follow it | Ellie Mae O’Hagan

Even before this year, the British party conference season was a strange institution. The conferences increasingly felt like the political Last Night of the Proms, a leftover from a different era when parties were more certain about who and what they represented, when the media and the public paid greater attention, and when parties were less dominated by their leaderships. When Covid put an unexpected end to the old ritual, it felt like an opportunity rather than a setback

That’s not to say that the party conferences in pre-Covid times were unchanged. When the conferences still regularly took place in seaside towns such as Blackpool and Brighton, the Tories danced a lot more than the rest, Labour drank a lot more, and some male Liberals really did wear shorts and sandals. Most of that has changed.

Nowadays, though, the conferences are too slick and similar. Part of this is the effect of the terrible bomb in Brighton in 1984, whose legacy was the ring of steel around the halls and the advice to senior politicians to stay in their hotel suites rather than mixing in the bars. But a soulless conference hall in Aberdeen today is hard to distinguish from one in Manchester or Birmingham. An audience of political obsessives in smart clothes looks pretty similar whether they are Tories, Labour or Scottish Nationalists. Party leaderships also have a much firmer grip on things than they did in the past.

The other big change is that – until this autumn – conferences had become crucial fundraising events for cash-strapped parties. Modern conferences have also morphed into festivals for party supporters rather than deliberative policy-making gatherings. Fringe events have mushroomed out of recognition. There are also more conferences, spring as well as autumn, plus the rise of the SNP.

It is easy to sentimentalise the old conferences. That is a mistake. They were smoke-filled, boozy and male-dominated events. Everything was overpriced. They also went on far too long.

They were great for journalists wanting to make contacts, and undeniably they were often politically exciting. All those who witnessed the embittered Labour conferences after the 1979 defeat are likely to have been seared by the experience. No one who attended a Tory law-and-order or immigration debate in the Thatcher years is likely to forget that quickly either.

The big speeches also really mattered. Many would dispute this and say the speeches are overanalysed. But this is to miss the point. The conference speech matters to party morale. It is also a moment when the public pays some attention and decides whether the leaders look and sound the part.

That is why Margaret Thatcher spent weeks over hers, drafting in speech-writers and ideas people to help, and why Tony Blair did the same. And some speeches have real consequences. Neil Kinnock faced down the hard left in 1985. David Cameron only became Tory leader because he triumphed over David Davis at a hustings in 2005. Jacques Delors did more than anyone to move Labour towards Europe with his 1988 TUC speech. As recently as 2018, Keir Starmer sent a bolt of electricity through the hall by saying that remaining in the EU was still an option.

Speeches matter less than in the past. But they still pose a test that politicians must pass. It is hard to see how this year’s speeches, delivered from a study or an office without a live audience to connect with, can easily fulfil that task. Imagine how difficult it would have been for David Steel, the Liberal leader riding high in 1981, to tell his party to go back to their bedrooms and prepare for government.

It is harder still to imagine that the online conference will energise and enthuse the party faithful in the way that the traditional ones, with all their faults, could do. There is without question a real opportunity for parties to rethink and reimagine their conferences for the post-Covid era, when it finally comes. But it will be good to get back to Brighton and Birmingham when it does.