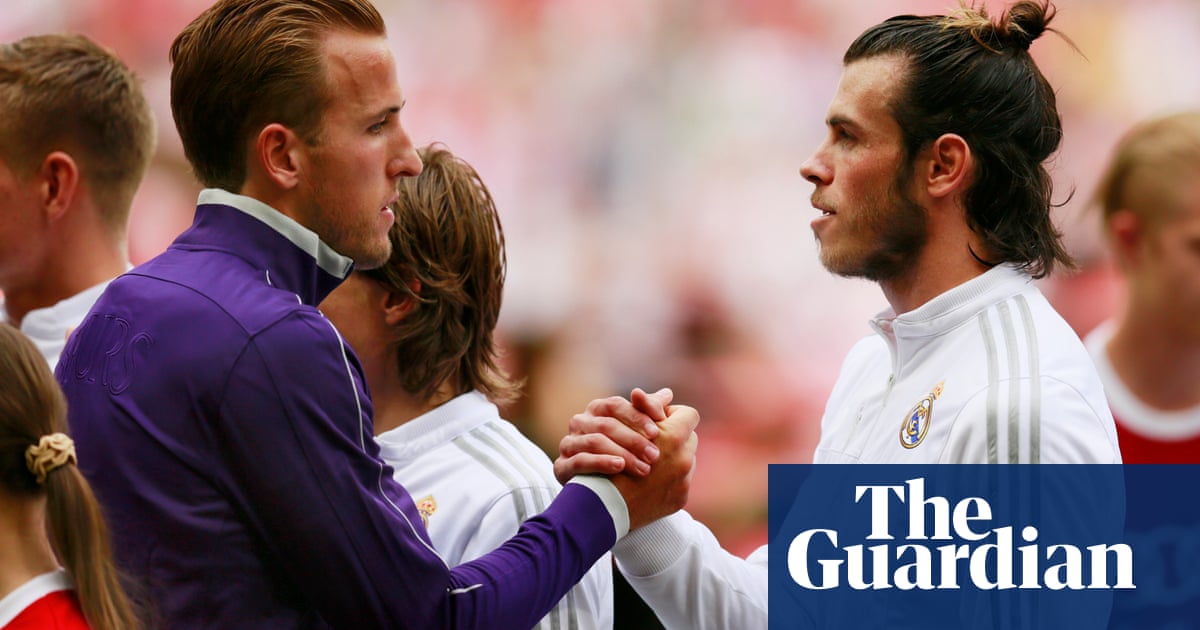 José Mourinho stonewalled questions on Gareth Bale and whether he would like to bring him to Tottenham as he suggested the club’s reliance on Harry Kane at centre-forward was untenable.

Spurs have opened talks with Real Madrid over a deal to re-sign Bale on loan, with the chairman, Daniel Levy, determined to find a way to make it happen. The player’s agent, Jonathan Barnett, told Sky on Wednesday: “There’s reason to believe a deal is close and things could move very quickly if discussions continue to go well. Without doubt Gareth is closer to leaving Madrid than at any time in the last seven years.”

Mourinho was preparing for Thursday’s Europa League second qualifying round tie against Lokomotiv Plovdiv in Bulgaria – in which he said he had no option but to start Kane, the only recognised No 9 in his squad. The Bale story, though, was always going to dominate the pre-match media conference and Mourinho was asked, yes or no, what he would say to Levy about whether he wanted the Wales attacker in his team.

“I don’t comment on hypothetical stuff,” Mourinho replied. “I’m not going to comment on Gareth Bale. He’s a Real Madrid player. I have to respect that.”

Mourinho was happy to discuss his attempts to sign Bale at two of his previous clubs. He was on record in 2017 as saying he wanted to take Bale to Manchester United and he added that when he was the Real manager between 2010 and 2013 he also pushed for a deal to be done. Bale would move from Spurs to Real in September 2013, just after Mourinho had left.

“I tried to sign him for Real Madrid which was not possible to do during my time there,” Mourinho said. “But the president followed my instinct and followed my knowledge and the season I left he brought Gareth to the club. There is no secret on that. Even Gareth knows that.”

As for the here and now, Mourinho was resolutely noncommittal, leaving it unclear as to whether he wanted Bale as much as Levy does. But Mourinho was more forthcoming about plugging the gap in his squad at centre-forward, warming to the theme he drove last Friday when he made it clear that another striker was a priority.

Mourinho said Kane would start against Plovdiv and at Southampton in the Premier League on Sunday and again the following Thursday in the next round of the Europa League if Spurs were still in the competition. It was put to Mourinho that this was a situation that could not go on. Spurs will play eight times in 18 days if they progress in the Europa League and Carabao Cup.

“He cannot play every match for 90 minutes – that’s for sure,” Mourinho said. “I know that he would like to do that because that’s his nature and he’s the kind of guy who is happy to be on the pitch for 90 minutes. But it’s not possible. This situation is an extreme situation for us. We have this problem and no player can play 90 minutes of every game.”

Eric Dier said Spurs’s schedule showed “no care for the players’ welfare” but the collective focus was on bouncing back from Sunday’s 1-0 home defeat against Everton, when the performance was poor and Mourinho was publicly critical of the players.

“We’re men, we’re not kids,” the centre-half said. “The manager isn’t making those comments to try to affect us in a negative way. He’s just giving his assessment of how the game went. We have to accept that, take that on board and try to change. Everybody was very disappointed with the result and performance. The most important thing is the way in which we react.”