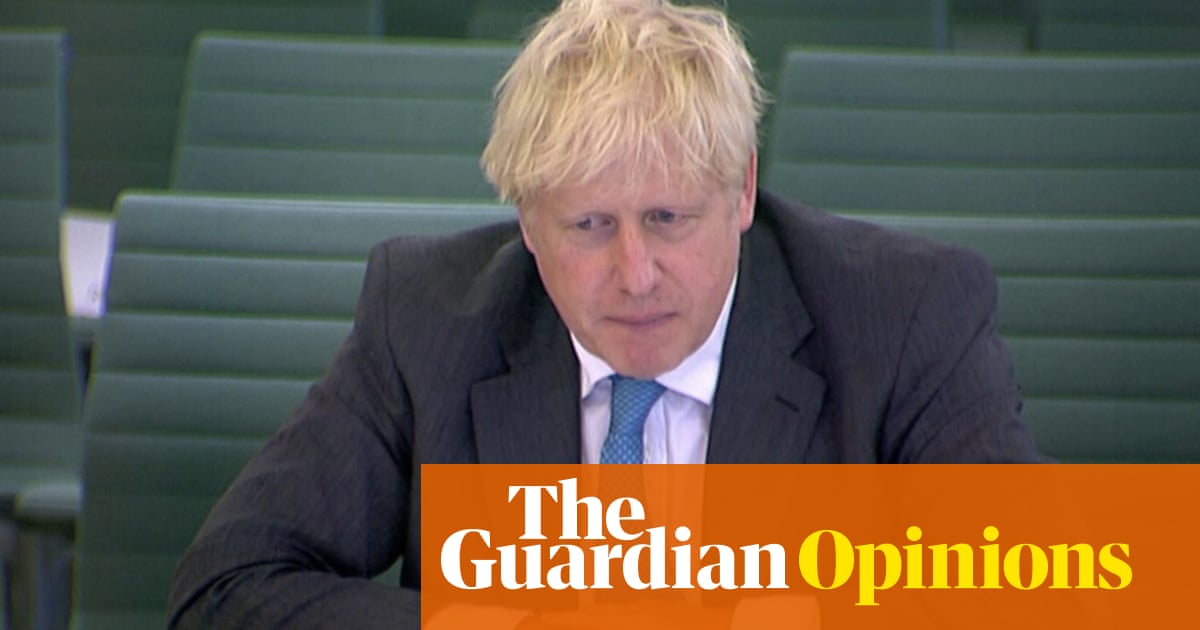 It’s no great secret that Boris Johnson has problems with women. And not just his wives, girlfriends and IT advisers. So going in to prime minister’s questions to face Angela Rayner – a working-class former care worker and the type of woman he has probably never previously encountered – who was standing in for the self-isolating Keir Starmer, Johnson’s sole objective was to try to avoid being his normal aggressive, condescending, patronising self. And though he did occasionally peer across the dispatch box, as if to check whether Rayner was from another planet, he did just about hold it together. There were no jokes or insults. This was about as close to polite as Boris can manage.

Rayner appeared understandably nervous at first – this was her first outing at PMQs – but quickly got into her stride with a story about a man called Keir who couldn’t get to work that morning, before reminding Boris that she had once worked in the care sector and did he have a clue what the average wage for someone working in that profession was? He didn’t, but wasn’t bothered. He was just focused on trying not to sound too rude.

Which is pretty much the way the rest of the session played out. Rayner would ask some telling questions about the government’s failures to meet either its own – or even adequate – coronavirus testing targets, and Boris would just waffle along with as much ersatz charm as he could manage. It didn’t matter if he didn’t know the answer or came out with some figures that even he knew were bullshit; the only strategy in play was to sound as if he was treating Rayner as an equal.

Rayner did get in some good lines about driving to Durham for a Covid test and the government prioritising grouse shooting – Johnson’s self-inflicted wound that he was acting on the people’s priorities raised the odd groan from his own benches – but Boris was long past caring. The Labour deputy leader might have got the better of the exchanges, but he had lasted the 15 minutes without portraying himself as too much of an unreconstructed, entitled dinosaur. Which, given the circumstances, just about counted as a draw.

Far more revealing – as in, revealing of just how little command of the detail the prime minister actually has – was his appearance before the liaison committee, the supergroup of select committee chairs, later in the afternoon. Then the committee does have the advantage of being able to carry on asking questions until Johnson’s cluelessness is exposed. It was also unfortunate for Boris that two of the main areas under examination were his specialist subjects of ignorance: the coronavirus and Brexit.

The science committee chair, Greg Clark, got things under way by observing that the government’s Covid testing systems were – to put it kindly – a bit of a mess. Boris merely fidgeted and rubbed his bloodshot eyes, searching for inspiration. We’re definitely going to be testing 500,000 per day by the end of October. Clark sighed. At that time of year there were normally 500,000 people each day displaying symptoms consistent with Covid anyway, so that really wasn’t going to be enough to begin to deal with the problem.

Johnson tugged his hair and suggested it would be helpful if only those who definitely had the virus should ask for a test. Moments later, he denied to Meg Hillier having any knowledge of ever promising Operation Moonshot that would deliver 10m tests a day that delivered results in just 20 minutes. Hold that thought. We have a prime minister who can’t remember having committed his government to spending £100bn live on TV a week earlier. Sometimes it’s a wonder he can even get himself dressed in the morning.

That, though, turned out to be Boris at his most coherent. For the rest of the session he looked like an overgrown schoolkid who had been put on the Naughty Step for failure to deliver his homework. When was there going to be a public inquiry? Never, he hoped. Though there might be a lessons learned inquiry some time in the future whose conclusion would be to never hold a public inquiry.

Labour’s Catherine McKinnell then asked him about a report he clearly didn’t know existed and followed up by suggesting that if it was OK for the government to break the law in limited and specific ways, then why couldn’t members of the public choose which laws they wanted to break in specific and limited ways. Boris again had no answer, other than to claim there had always been one rule for him and another for everyone else.

Things turned uglier still when the subject moved on to Brexit. Johnson just smirked when asked why he was choosing to break international law rather than abide by the arbitration procedures he himself had negotiated in the withdrawal agreement. When pushed further, he hinted that he hadn’t realised that leaving the EU meant leaving the EU in its entirety, rather than being able to pick and choose the bits we fancied keeping.

This, Johnson claimed, was proof that the EU had not been negotiating in good faith. Yet again, satire proved to be a straightforward transcription service. Not least because Brandon Lewis, the Northern Ireland secretary, had only that morning told the select committee that the EU had acted reasonably throughout.

Nor could Boris say who was right: the solicitor general, Robert Buckland, who claimed the internal markets bill only broke the law if implemented, or Brandon Lewis who said it did so under any circumstances. “I refer you to the advice of the attorney general,” Johnson shrugged. When you’re relying on the synaptically challenged Suella Braverman – whom you wouldn’t employ to fight a parking ticket – for answers then you know you’re fighting a lost cause.

The session ended in confusion, with the prime minister unable to say whether Lord Keen, the Tory advocate general for Scotland, had resigned after being corrected by the Northern Ireland secretary over his remarks on law breaking in parliament. Minutes later, it was announced that Keen had indeed resigned. Though whether the Tories would be able to get a replacement was another matter as anyone who agreed to take the job would be immediately disbarred for being willing to break the law. As so often, the line between farce and tragedy was becoming increasingly blurred.