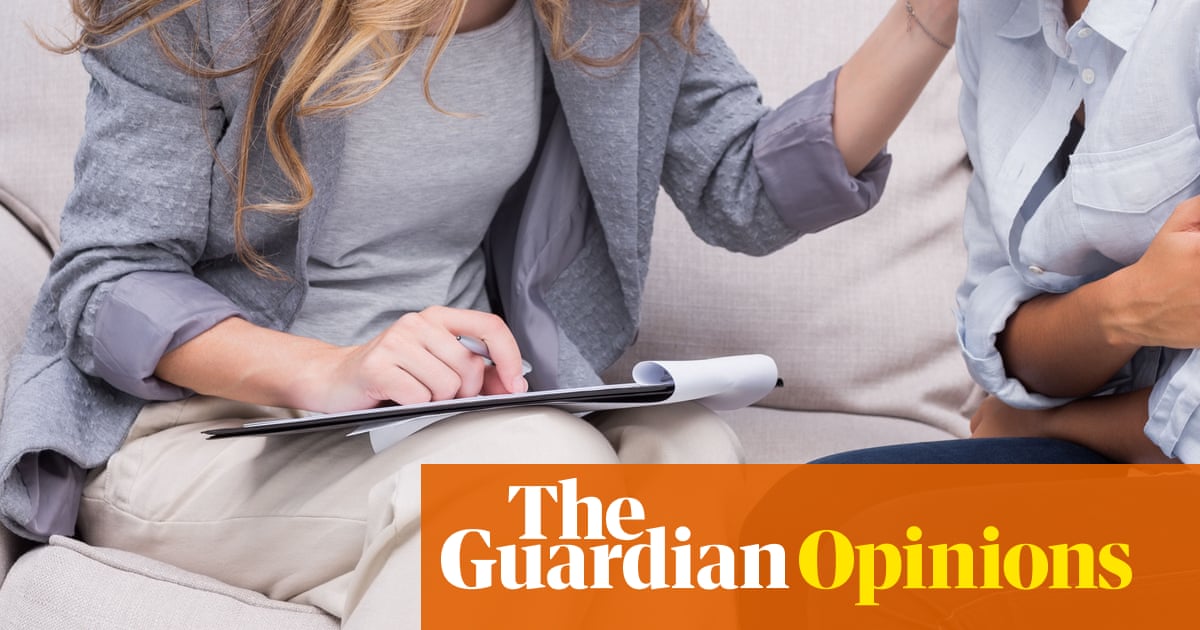 I’m a consultant psychiatrist. I have a job I love, in the specialty I love, and it probably all looks too good to be true. That’s because it is. My career in psychiatry actually started on the other side, as a psychiatric inpatient going through multiple admissions, medications and courses of electroconvulsive therapy (ECT). When I was first admitted to a psychiatric hospital, I stepped from one world into quite another – even though I was in the same long, grey building where I had been a medical student.

I was 26, training to be a GP, and I didn’t think I would ever work as a doctor again. I wanted to become a psychiatrist, but felt certain that was now closed to me. I experienced burning envy of psychiatrists I met as a patient. They wore their roles easily, carelessly, as I believed I never would.

To demand all psychiatrists be mentally unblemished is not only unrealistic, it means a huge waste of talent and empathy

I was given a diagnosis of psychotic depression and later bipolar disorder, the trigger having probably been my first pregnancy. I felt terrible shame, and also fear that people saw me as attention-seeking and personality-disordered. I could not relate my chaotic and tortured feelings to the textbook descriptions of depression at all, so doubted that anyone else believed my diagnosis. I had been a doctor, and I had heard some mental health professionals talk of those with personality disorders. It wasn’t always kind. I became convinced they also spoke like this of me.

How I got better I will never know – ECT, lithium or luck? My family and friends? Perhaps all of these. My initial attempts to return to work, two years after my first admission, met with failure. Finally, and desperately, I applied for a full-time junior hospital post with resident on-call in an attempt to finish my GP training. There was minimal induction and no phased return, and I still don’t know how I managed. In my mind I had no other choice.

After I completed the GP training, I had no prospect of a further job. I felt I had nothing left to lose, and made the decision – unpopular with my family – that I would, after all, apply for psychiatry. I asked one of my previous treating doctors for his opinion; he listened patiently, but said he thought it would be too stressful for me. It was almost a relief to realise that expectations of me were so low, and I proceeded to ignore his advice. Years later I’m very glad of this, and not so long ago we spoke about what he said. He told me he had been wrong.

I applied for a junior psychiatric training job in my home city, but wasn’t even shortlisted. I think my experience as a patient there stood against me. But I was undeterred, and even a bit relieved not to have to work there, so I applied for two more jobs, further away but within driving distance. At my interviews I confessed my psychiatric history and the first hospital offered me a shorter contract than usual, to see if I would cope. At the other one the staff were entirely unfazed and welcoming, and offered me a normal contract. I took it and I worked there for two years.

For many teenagers, lockdown has been a lesson in wellbeing | Rhiannon Lucy Cosslett

I passed all my exams, first time, and even did a further degree, about the history of psychiatry. I felt driven to do well and to show people I could be a good psychiatrist, as well as a patient, and I worked very hard, probably too hard. But despite my anxieties, I experienced little stigma or discrimination, and ultimately gained the consultant job that I wanted most, in my home city – in the very hospital where I had been a patient. Even now I have a love/hate relationship with this hospital: it contains some of my worst memories but it has also given me a great deal back. I have been ill again, over the years, but am lucky enough to usually be well in between. I have also had huge support from colleagues, all of whom know about my illness.

My memories of illness are blurred, and I can’t remember everyone who cared for me. Sometimes I haven’t been sure whether nurses I have worked with were ones who nursed me. But I don’t think that matters much any more, or not to me. I have one particular memory of seeing a patient on a ward, who shouted: “She’s a doctor, but she used to be a patient, how’s that?” I couldn’t answer her, but I’ve thought about this a lot since.

I work in addiction psychiatry, because I felt that general adult psychiatry might trigger painful memories. Even so, over the years I have inevitably met patients who remind me of myself, and that can be challenging. But soon after I was first ill, I realised that no two people’s experiences are the same and I should not make assumptions about others. Their depression is different to mine. Often all we need to do is just take time with people, to listen and hear what they say. Though it might seem kind, the response “I know just how you feel” isn’t helpful. Because you never will.

The risk of becoming unwell again casts a cloud and can make me hesitate to take on new projects. I was last treated with ECT two years ago, and continue to take lithium and antidepressants. But the truth is that I love my work, and with the support I have, I usually feel able to take those chances.

I have been asked if being a patient has made me a better psychiatrist. It has undoubtedly influenced the way I work and think. I often see patients for whom the medicine we give provides limited, if any, benefit but I believe passionately that we must still listen to them and hear their stories. Kindness can bring solace when medication can’t. I also know what it’s like to take a wide variety of psychiatric drugs, and to experience their side-effects, and I know that lots of people stop them without daring to tell their psychiatrist. I’ve done it.

The odd thing is that I am now the senior consultant, the one people look up to. But I want other trainees to know what happened to me, so that they can see what is possible. So every few months I give a short talk about my illness, how I got through, what helped me. After the first time I did it, I thought I could never do it again, it felt so exposing. But the feedback was good, and I haven’t looked back.

One in four people experience a mental health problem of some kind each year. To demand that psychiatrists come from among the mentally unblemished is not only unrealistic, it would mean a potential waste of talent and empathy that we can scarcely afford. If my story helps anyone unsure of their capacity to take on the job, or worried about the “dark secret” of their own psychological troubles, then I think it’s worth telling.