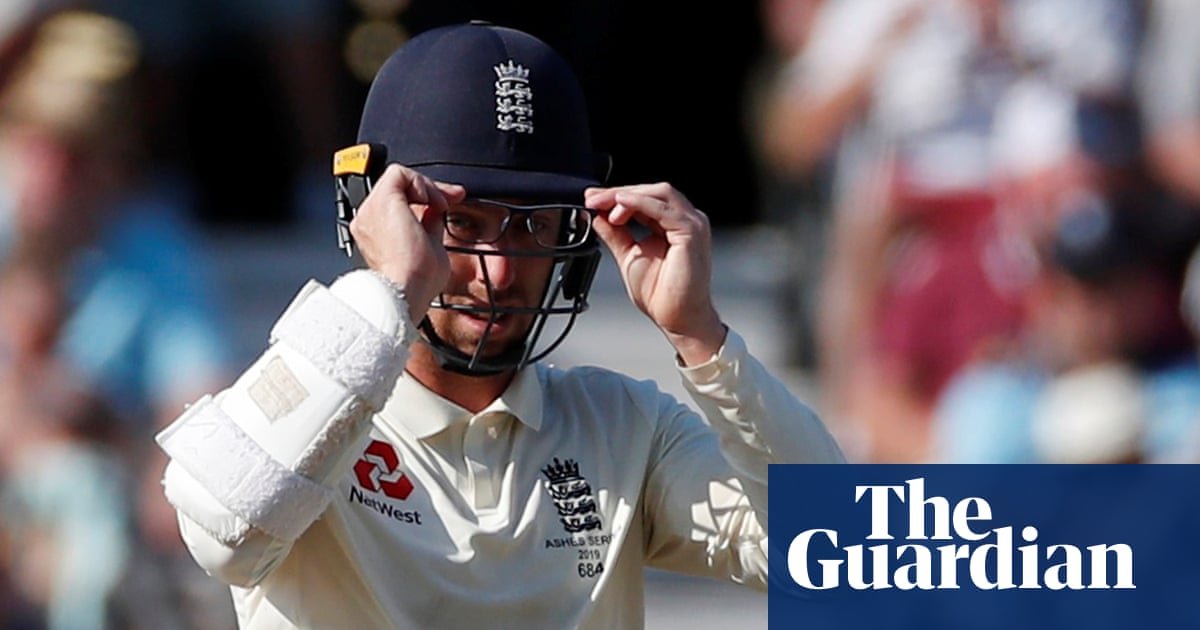 I am a pair of glasses, more famous than your usual pair. I belong to a bowler for England named Jack Leach and this is my story from the afternoon of 25th August 2019.

I felt the tension rise in the room as I glanced at the scoreboard. Broad was out for 0 runs and we were still in need of 73. We needed a miracle but, worst of all, Broad is man number nine and there is only one man left and that happens to be my owner.

The atmosphere was intense as I jiggled up and down on Leach’s nose. The steps appeared to never end, it was as if they were doing it purposely, torturing us on the way down to what could only be defeat. Leach smiled nervously as he strolled out on to the pitch swinging his bat from side to side out of habit. Crowds of English cheered half-heartedly. Stokes and Leach shook hands and walked to their separate creases. It was time for Leach to do what he did best, play cricket.

When you’re a pair of glasses it’s not unusual to come into contact with a cloth every now and then but this is something else altogether. It felt like every two seconds that I would be temporarily blinded by cloth wiping across my face. He was scared and I think most of England recognised that too.

Stokes wanted Leach to let him take as many shots as possible; I could see where he was headed, I mean, he is a night watchman. In the intensity of the moment, Stokes may have forgotten Lord’s where Leach got 92.

Stokes wouldn’t even acknowledge when he got to 100. The crowds gave him a standing ovation. We hadn’t won yet. That was all that mattered for him. He was doing it for England, not himself.

No more runs came for the next few balls but I couldn’t really tell I was so steamed up.

The chance for Australia came when Stokes hit a whopper that flew down the pitch. Harris poised himself running forward, arms outstretched. The ball soared down just in front of him. It took him a moment to comprehend what was happening. He dived. A moment too late.

Only two runs to go …

It’s Lyon to Stokes and he hits it away but Leach is off, I can’t see. He had the wrong idea, we were going to lose. What was he doing? Lyon already had the ball at the non-strikers end. It all happened so quickly. He had dropped it; the run out chance had gone. PHEW!

No more runs came for the next few balls but I couldn’t really tell I was so steamed up. Leach still hadn’t scored at all. Cummins bowled to Leach. It’s quite scary being bowled to at 90mph. Leach swung his bat. 30 seconds later we were level. My owner did that and I’m very proud!

With a final swish of his bat, Stokes had done it. Scored 4 runs, the winning 4. He threw his head back and spread his arms wide. Leach was ecstatic. I was ecstatic. The crowd cheered. It was amazing. It was the best day ever.

The team flooded on to the pitch smiling and happy. Stokes had won it, not just for himself but everyone. It was a great feeling. All the iconic things I saw that day will stay in my memory forever and ever. The Ashes was drawn level in the most breathtaking way!