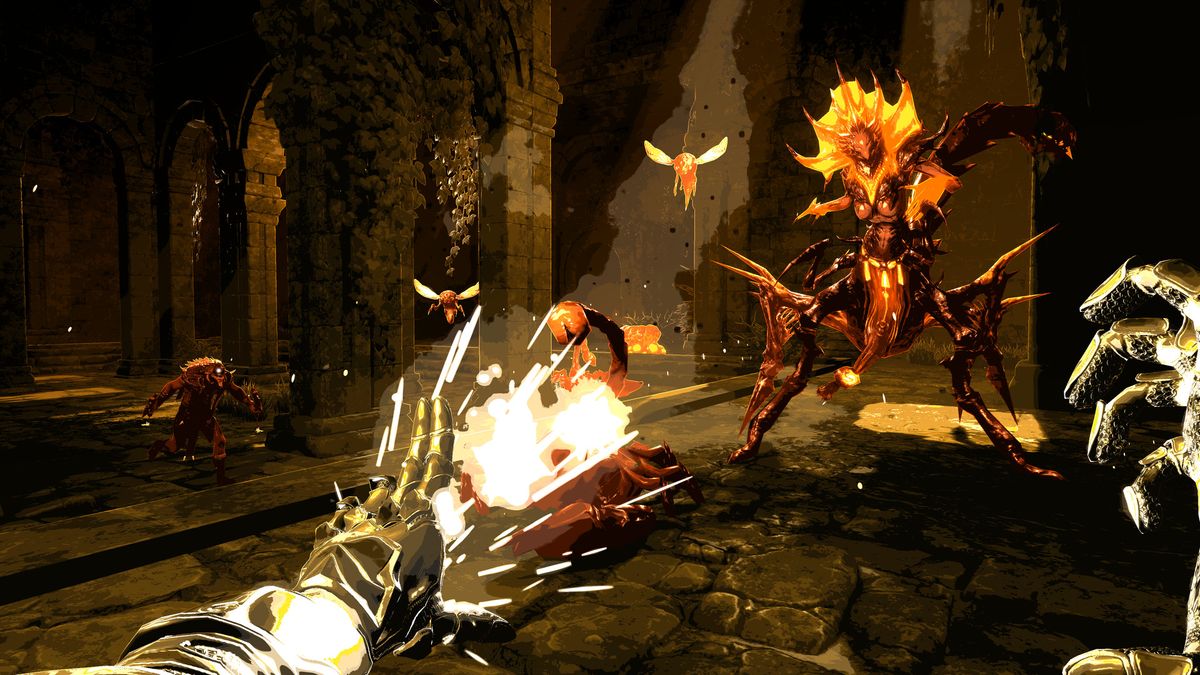 Most of the time, if I’m playing a fast-paced first-person shooter I’ll mute the in-game music and put on Napalm Death’s Scum instead. But you can’t do that in BPM: Bullets Per Minute, because if you don’t pay attention to the music you’ll lose. It’s a rhythm-action roguelike where you shoot to the beat, reload to the beat, jump to the beat, dash to the beat… you get the point.

All the roguelike trappings are here: the levels are procedurally generated, there are five playable classes to master, and you’ll collect various power-ups throughout your run to turn the odds in your favour. But it’s the rhythm action template applied to the first-person shooter than really matters here, and I’ll echo Andy in saying that it seems like the kind of thing you’ll need to play to fully appreciate.

Luckily, that can happen today: BPM: Bullets Per Minute is now available on Steam with a 10 percent launch discount. If you take a liking to the music in the game, you can also buy its soundtrack separately or bundled with the game. Early Steam user reviews seem positive: one user claims cryptically that “THE BIRD IS THE BEST PART” which definitely has my attention.