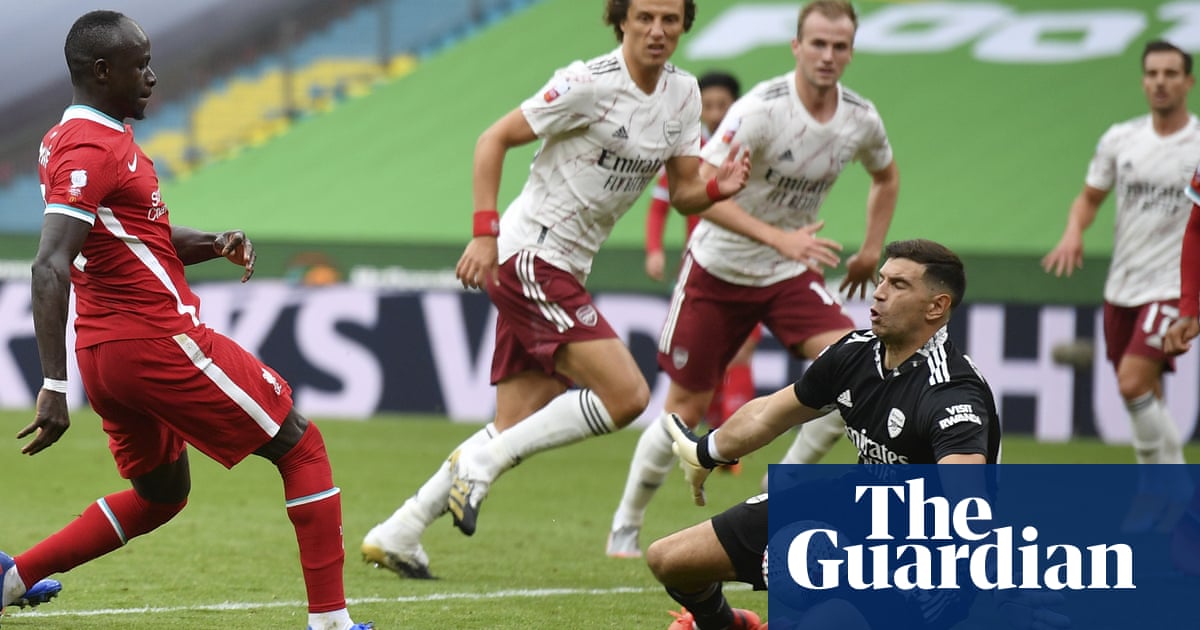 Aston Villa have completed the signing of the goalkeeper Emiliano Martínez from Arsenal on a four-year contract for £20m.

Martínez has been promised first-team football by Dean Smith, who was persuaded to make his move by the 28-year-old’s string of impressive performances deputising for Bernd Leno after the Covid-19 shutdown. Martínez had hoped that run in the Arsenal team, in which he starred during their FA Cup win, would earn him the No 1 spot but no such assurances were forthcoming and he felt compelled to move on.

Negotiations over a new contract with Arsenal had stalled, with Villa offering a superior financial package and first-choice status, and Martínez was withdrawn from the squad to face Fulham on Saturday with the transfer close. He undertook a medical on Sunday and minor complications at the Arsenal end were resolved by Tuesday evening.

“We moved for Emi when we saw the opportunity,” Smith said, “as it is rare to be able to buy a top-class goalkeeper who hasn’t yet reached their peak age and who can therefore be a key player for our club for the long term.”

It concludes a 10-year spell at Arsenal for Martínez, who joined from the Argentinian club Independiente in 2010 but departs after making only 39 first-team appearances. He went on loan six times and was anxious not to be confined to a bit-part role any longer. The move to Villa makes him the most expensive Argentinian goalkeeper in history and may improve his chances of international football.

In a farewell video on Instagram, Martínez spoke emotionally about the journey he has undertaken in north London. “I could not be happier to leave through the front door with the Arsenal fanbase supporting me and the club supporting me,” he said. “I had 11 years at the club, and even if it was a hard road for me, and I suffered through my time at Arsenal, today I am happy and I tried to show young goalies how work pays off.”

Villa were rivalled for his signature by Brighton but made Arsenal the more palatable offer and Martínez looks certain to start their opening Premier League fixture against Sheffield United on Monday.

Arsenal had been reluctant to sell Martínez but, with Leno available and money scarce, the appeal of such a sizeable fee is obvious. They will use some of it on a replacement for Martínez, with Dijon’s Runar Runarsson and Brentford’s David Raya, both of whom have worked with the Arsenal goalkeeping coach Iñaki Caña Pavón, of interest. A deal for Runarsson may be easier to do, with Brentford unwilling to engage in discussions about Raya.

Villa’s No 1 from last season, Tom Heaton, has not fully recovered from a knee ligament injury suffered on New Year’s Day and the club are not sure when he will be ready to play.