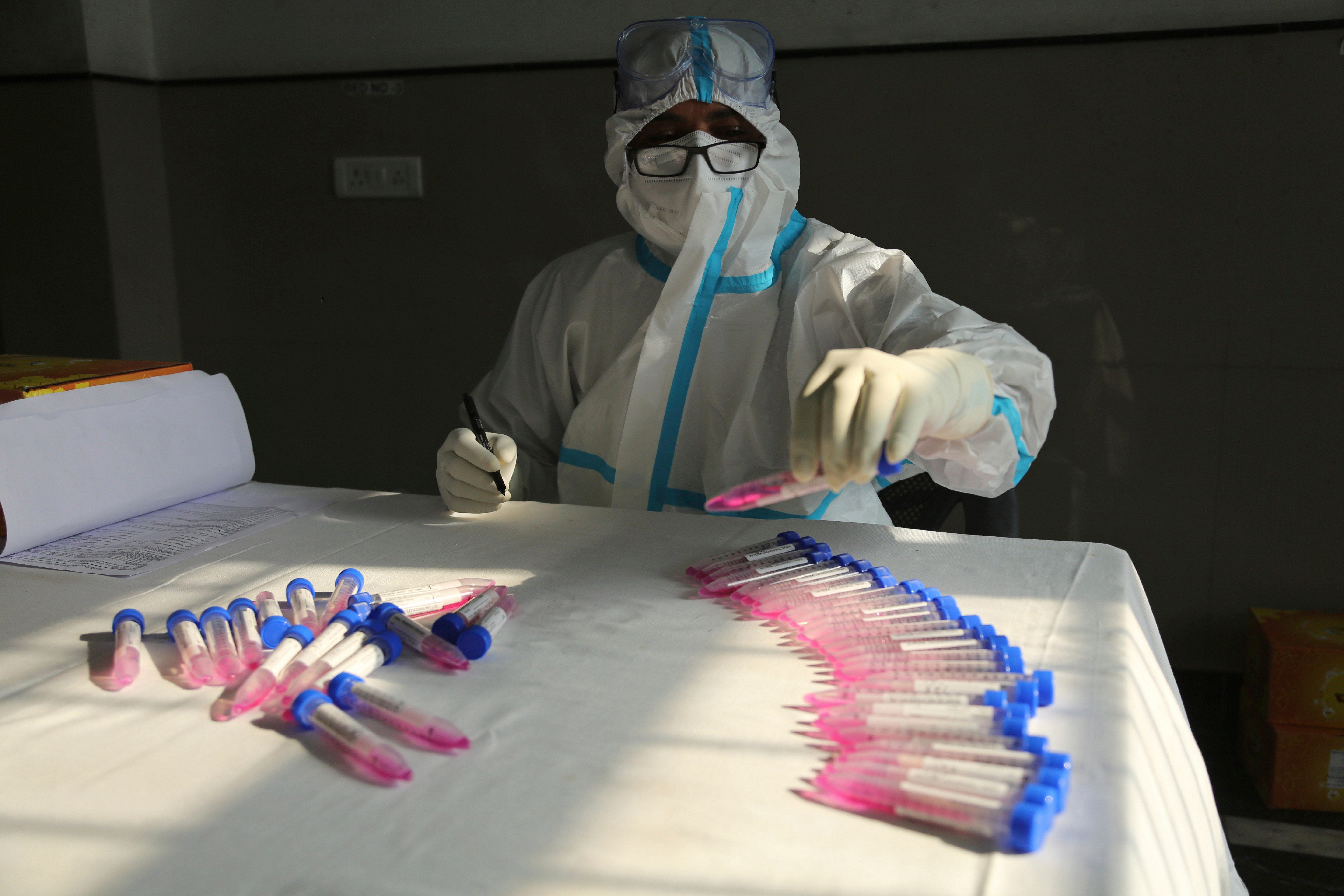 President Donald Trump denied on Tuesday night that he downplayed the threat of the coronavirus, even after telling Bob Woodyard during a recorded interview that he knew the virus was more deadly than the flu.

“Well, I didn’t downplay it. I actually, in many ways, I up-played it in terms of action,” Trump said during a televised town hall hosted by ABC News on Tuesday night. Trump, once again, said the virus would “disappear” with or without a vaccine through what he called a “herd mentality,” referencing herd immunity.

Meanwhile, Texas is nearing 700,000 confirmed infections. The Lone Star State would become the country’s second, after California, to reach that total. As of Tuesday night, the state had 668,746 reported infections and 14,343 deaths.

Read more.” data-reactid=”20″>📰 What we’re reading: Even as thousands of their employees fell ill with COVID-19, meatpacking executives pressured federal regulators to help keep their plants open, according to a trove of emails obtained by USA TODAY. Read more.

The&nbsp;Daily Briefing&nbsp;newsletter.” data-reactid=”22″>This file will be updated throughout the day. For updates in your inbox, subscribe to The Daily Briefing newsletter.

Instead of answers, public health departments received slow, confusing and conflicting information from the agency – if they received any response at all. Communities were left to make life-or-death decisions about testing, personal protection and reopening.

During this time, the agency downplayed the potential harm from the virus in dozens of press briefings, congressional hearings and other public statements between January and April. The investigation comes as the CDC continues to receive widespread scrutiny for yielding to political pressure from the White House.

India’s total coronavirus caseload is closing in on the United States’ highest tally of more than 6.6 million cases and expected to surpass it within weeks.

India reported a record daily high of 97,570 cases on Sept. 11 and has added more than 1 million cases this month alone.

For the eight people who violated the local mask mandate, that meant digging graves. The district’s leader, identified by Indonesian news site Tribun News as Suyono, proposed the punishment due to a lack of gravediggers in the area.

“There are only three available gravediggers at the moment, so I thought I might as well put these people to work with them,” he told Tribun News. “Hopefully, this can create a deterrent effect against violations,” he said.

A Texas woman who received nearly $2 million in Paycheck Protection Program loans amid the ongoing coronavirus pandemic was arrested Tuesday by federal authorities on fraud allegations.

Lola Shalewa Barbara Kasali, of Houston, was charged with making false statements to a financial institution, wire fraud, bank fraud and engaging in unlawful monetary transactions, according to a U.S. Department of Justice statement.

“According to the charges, however, neither entity has employees nor pays wages consistent with the amounts claimed in the loan applications,” according to the statement.

After receiving more than $1.9 million in loans, Kasali transferred the funds into four additional bank accounts, officials said. Kasali is expected to appear before U.S. Magistrate Judge Christina Bryan in Houston on Wednesday.

Trump made the remarks during a 90-minute town hall hosted by ABC News in the battleground state of Pennsylvania.

“Well, I didn’t downplay it. I actually, in many ways, I up-played it in terms of action,” Trump said in response to a question about an interview with journalist Bob Woodward in which he said he knew the coronavirus was more deadly and contagious than the flu but continued to compare the two.

Pfizer CEO Albert Bourla said Tuesday that he is intentionally revealing more information about the COVID-19 candidate vaccine than he would about any other vaccine under development because he wants the process to be open and transparent.

“Transparency is a must, particularly given this situation and the politicization of the vaccine,” he said in a Q&A with journalists.

The company had said Saturday that it was expanding its trial from 30,000 to 44,000 people to include teenagers, ages 16-18, as well as people with diseases such as HIV, and hepatitis A, B, or C. Tuesday, Bourla said the expansion took place because the vaccine appeared to be extremely safe, and the trial could be expanded without delaying the timeline for completion.

They include hundreds of thousands of people in battleground states such as Florida, Arizona, Georgia, North Carolina and Ohio, as well as Michigan and Minnesota. The number of uninsured grew by nearly 1.6 million people in 13 states identified as swing states by The Cook Political Report.

During his 2016 campaign, Trump promised to repeal and replace Obamacare and, once elected, he vowed everyone would have health insurance.

Health care was a major issue in the 2018 midterm elections and could remain a salient one in the general election only seven weeks away. The COVID-19 pandemic has led to massive job losses in a country where 55% of health care coverage is tied to employment. One study estimated that 5.4 million American workers lost their health insurance between February and May 2020.

Tuesday’s data release makes clear U.S. residents already were hemorrhaging health insurance even before COVID. By far, the largest growth in the number of uninsured was in Texas, where the count swelled by 689,000 between 2016 and 2019.

House Speaker Nancy Pelosi said Tuesday the House will stay in session until a breakthrough is made on a coronavirus stimulus bill, while moderate lawmakers pressed leaders to come up with a relief deal before the November elections.

“We are committed to staying here until we have an agreement, an agreement that meets the needs of the American people,” Pelosi said on CNBC Tuesday.

Her words signaled relief talks between congressional Democrats and President Donald Trump’s White House may be salvaged even though the two sides don’t appear any closer to an agreement. Pelosi hasn’t budged on her desire for a sweeping multi-trillion-dollar plan for aid to schools, the unemployed and cash-strapped local governments. And Republican leadership didn’t appear any more open to recent Democratic proposals on Tuesday.