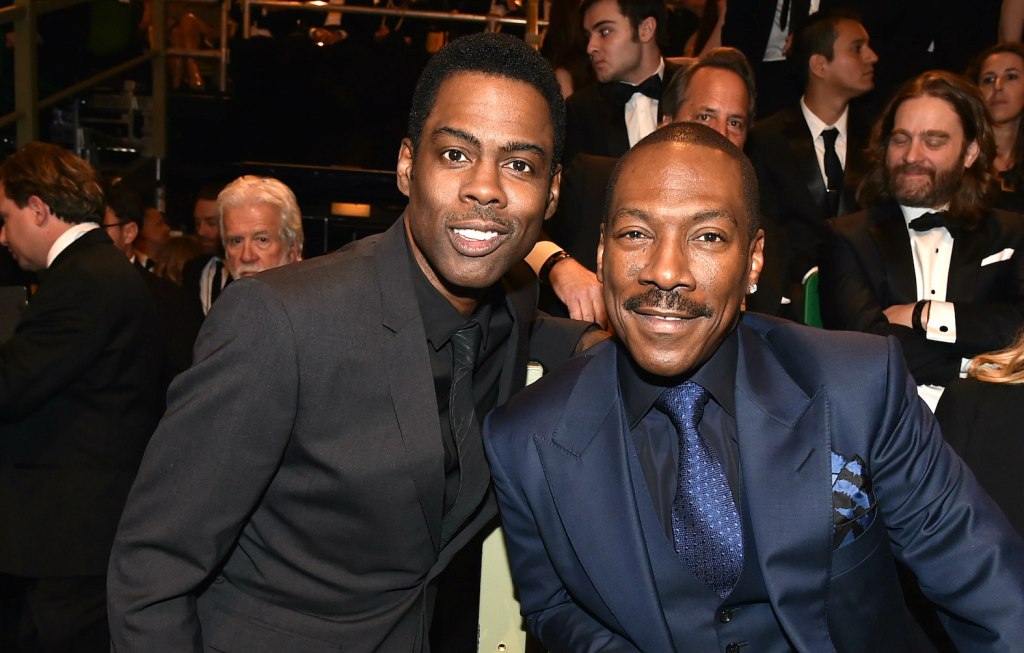 With the premiere of Fargo season four, which is as “weird and menacing” as ever, less than two weeks away, star Chris Rock is making the publicity rounds. Which is good news, because Chris Rock stories tend to be good stories. For instance, in an interview with the New York Times, he talked about how he was supposed to play Jimmy Olsen to Nicolas Cage’s Man of Steel in Tim Burton’s never-made Superman movie, and how stoked he was to be “hanging out with the guy that made Pee-wee’s Big Adventure and he’s showing me the models of the sets for Superman.” Rock also discussed the time he, Eddie Murphy, Arsenio Hall, and Prince got, well, c*ckblocked by Donald Trump.

“I remember Eddie, Arsenio, Prince, and me at a club one night,” he told the Hollywood Reporter, “and Donald Trump walks in and all these girls just start running to that side of the room because a f*cking 6-foot-whatever blond billionaire with his name on all the buildings walks in — like if that room was a seesaw, we’d be in the air.” This is like the sleazy, presumably New York City-set version of that One Night in Miami movie:

Years later, Rock would find himself in Brian Grazer’s office in Los Angeles, as Murphy pitched a heist flick — a kind of Black Ocean’s Eleven, starring him, Rock, Chappelle, Chris Tucker, and a few others — about a gang that robs Trump Tower. Murphy envisioned Trump as the movie’s villain. “Like Alan Rickman in Die Hard,” says Rock. What happened from there is another classic Hollywood story: The movie became Tower Heist, directed by Brett Ratner, starring Ben Stiller with Murphy and “a bunch of white people.”

In that same interview, Rock also teased two upcoming film projects: one that he described as “Bad Lieutenant, starring an insane actress,” and another that will pair him with Dave Chappelle and Adam Sandler. No word on Grown Ups 3.