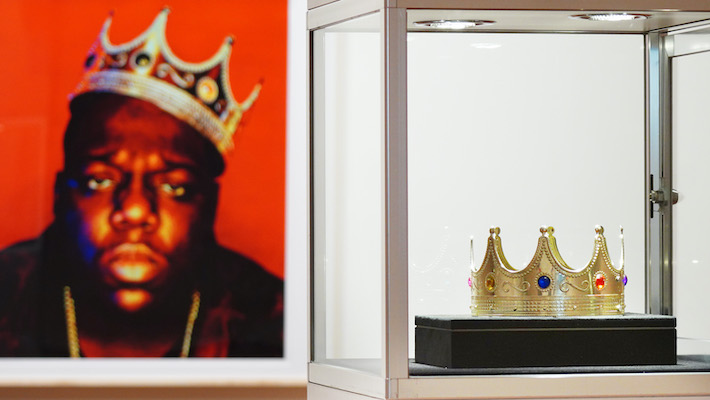 In late August, Sotheby’s announced that one of their auctions, which included a number of iconic hip-hop artifacts, would take place at their New York location on September 15. One of the major pieces up for auction was The Notorious B.I.G.‘s famous “King Of New York” plastic crown, which he wore in a 1997 Rap Pages magazine photoshoot. The crown was set to be auctioned for $200,000, but today it’s confirmed that the crown sold for more than double the price, nabbing a whopping $475,000.

A portion of the proceeds will be donated to Queens Public Library‘s hip-hop programs and Building Beats, a music-based non-profit that specializes in DJing and production.

In a Reuters interview prior to the auction, Sotheby’s senior specialist Cassandra Hatton spoke about Biggie’s King Of New York crown, saying, “I think that crown is one of the most recognizable symbols of hip hop, 20th century culture. Everybody around the world recognizes this crown. You see it on T-shirts. You see it on coffee cups and prayer candles. It’s huge.”