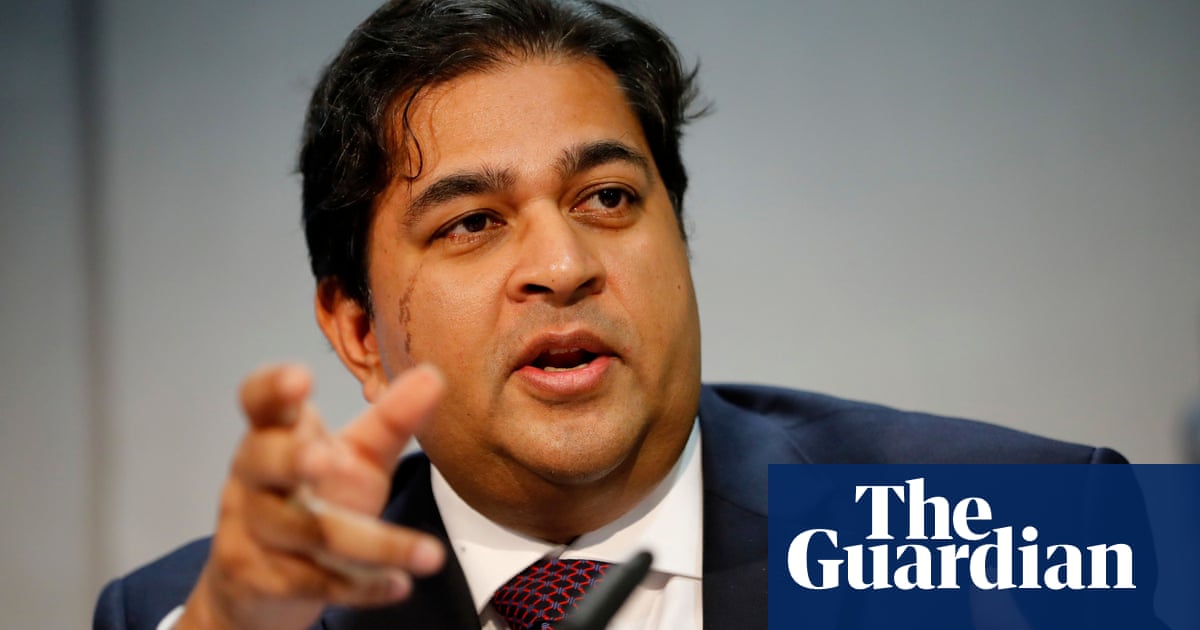 A consultant who had a leading role in the campaign for an alternative to Theresa May’s Irish border “backstop” is in the running for all or part of a £200m government contract related to the post-Brexit checks down the Irish Sea.

Shanker Singham, one of the main proponents of the so-called “alternative arrangements” for the Irish border, is understood to have teamed up with the customs expert Robert Hardy and the technology company Fujitsu for the Trader Support Service (TSS) contract.

The contract, the first of the Brexit spoils in Northern Ireland, was put out to tender in the summer with the appointment announced in time for implementation in September.

Deloitte and the Institute of Export are also believed to have been involved in bids. None of the parties would comment because they are in a legally binding “standstill” period under government procurement rules.

According to the government advertisement, “the service would provide a route for traders and carriers to comply with changes set out in the command paper on the movement of goods under the Northern Ireland Protocol from 1 January 2021.

The government confirmed in May there will be Brexit checks on animals and food goods entering Northern Ireland from the rest of the UK from next January, checks that it is committed to irrespective of the explosive row between the UK and the EU over checks on goods going the other direction from Northern Ireland into Britain.

“The trader support service will be a free, at-the-point-of-use service available to all traders moving goods between Great Britain and Northern Ireland and importing goods into Northern Ireland from the rest of the world for at least two years,” the advertisement states.

It is believed Deloitte had also bid for the work.

Singham, a former Washington lobbyist, described by the Daily Telegraph as the “Brexiteers’ brain”, was one of the key experts involved in the non-government Alternative Arrangements Commission, which was headed by the Conservative MPs Nicky Morgan and Greg Hands and had the backing of many Brexiters.

It campaigned against the backstop for Ireland and in a hefty report last summer argued that technology and mobile control units operating miles away from the border would be an alternative to May’s backstop and such alternative arrangements could be up and running within three years.

Singham also has good connections with the current government. He was appointed a member of the international trade secretary Liz Truss’s trade and agriculture commission in July, which, post-Brexit, will have a role in food standards, including controversial decisions over chlorinated chicken imports from the US.

HMRC declined to comment on bidders but said: “The TSS will provide unprecedented support to all businesses engaging in new processes under the NI Protocol and its announcement has been warmly received by them.

“We are running a transparent and open procurement process to identify a bidder capable of delivering this. We are engaging actively with stakeholders as part of this process.”

While it is believed there is a legally required 10-day “standstill” period in which none of the bidders can comment on one organisation, speculation that the Institute of Export is involved in the winning consortium was fuelled as it is already advertising jobs.

“The main function of this job is to provide specialist customs and trade knowledge to support delivery of the Trader Support Service. Knowledge requirements will cover the trader, carrier and intermediary communities in Northern Ireland and Great Britain,” said HMRC.

Hardy set up the Customs Clearance Consortium to address the demand for customs advice to businesses trading with the EU post Brexit and both he and Singham have given expert evidence to House of Commons select committees.