Describing AG Cook’s haircut is a challenge. Part mullet, part moptop, it also features elements of shag, perm and bowl. The more I try to place it the context of hair history (Paul McCartney? Joan Jett? Late-80s Deirdre Barlow?) the more disorientated I become. It is not the only thing about him that is liable to confound. Cook, 30, from London, is the man behind PC Music, the record label whose sickly, abrasive and ultra-synthetic output doubled as the most divisive sound of the decade.

Yet, in typically contrarian style, the lead single for Cook’s new solo album, Apple, sounds completely different. Oh Yeah is a catchy guitar ballad pumped full of brain-tickling nostalgia for late-90s pop-rock. Much like his hairstyle, it evades all my attempts to find any close relatives (Natalie Imbruglia? Deep Blue Something? Hanson?). According to Cook, his main influence was actually Shania Twain.

Apple is Cook’s “second debut album”; his first, the stylistically sprawling 49-track 7G, arrived last month. There aren’t many people who could make the basic mechanics of releasing a record genuinely comic, but Cook rarely does anything with a straight face. While his CV is chock-full of collaborations – producing for PC Music artists Hannah Diamond and GFOTY as well as established stars such as Charli XCX; working with Sophie on the collective’s biggest hit, Hey QT, a pitched-up, plasticky number with a tie-in to a fictional energy drink – his solo output has remained, he says, “hilariously slim. It made sense to saturate it – just arrive with this body of work.”

A lot of things are hilarious in Cook’s opinion, but the precise nature of his humour doesn’t always land. PC Music’s postmodern pop flummoxed many critics, keen not to be victims of some sort of prank. “Even if they’re an elaborate joke, PC Music dominated 2014,” said Vice, bet-hedgingly, while FACT dubbed them “pure, contemptuous parody”. The collective’s overt nostalgia for unfashionable Eurodance was often taken as ironic, while the combination of estuary vowels and bedroom-producer amateurism smacked of pastiche.

For Cook, the idea that something must be a) totally earnest or b) actual comedy is reductive. “It’s just like real people – you can have someone who’s amusing but it doesn’t mean they’re pretending to be a funny person,” he says. “It’s not like everyone’s method acting the entire time.”

And if PC Music is a joke, that’s only because practically all pop music is. “There’s something amusing about getting ideas on to tape,” says Cook. “It’s the same awkwardness of taking a posed photograph.” He cites the Beatles “laughing off-mic” on The White Album as evidence, plus the “warmth and humour in Motown, Kraftwerk, everything that happened in the 80s”.

In a characteristically unexpected move, Cook is Zooming in from rural Montana, having swapped LA for his girlfriend’s home town just before lockdown. There is palpable delight in his voice when he describes feeling like an “alien presence”, his sense of Britishness exacerbated by an increased suspicion of overseas visitors. 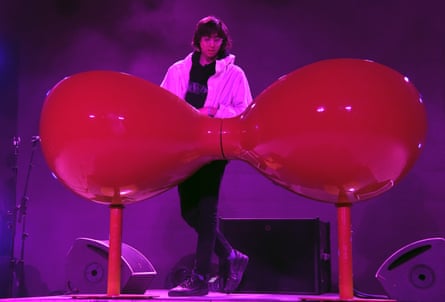 Before flooding the internet last month with his own irreverent, genre-hopping work (robotic 2-step, lo-fi digi-folk, bonkers Sia covers, glitchy ASMR and so on), Cook spent the start of the pandemic helping create Charli XCX’s How I’m Feeling Now album in just six weeks, in large part, it seems, over text message. Somehow, it was even more stressful than it sounds. “It was a blur,” he recalls, looking slightly haunted. “We had really slow internet so I was terrified; I had to go to the kitchen to upload things and I’d go back and have no data.”

Cook began working with XCX in 2015 after she publicly professed her love for PC Music. He became her creative director – “at one point she was like: ‘I might drop XCX’, I was like: ‘No, they’re amazing letters!’” – then her main musical collaborator. “We’re on a similar wavelength – she’s an only child as well and also has a slightly eccentric dad.” It was an unexpected alliance, considering she was a mainstream pop star with a clutch of Top 10 singles and he was the enfant terrible of high-concept electronic music, and there were reservations on her part. “I know she thought I’d be this undercover maestro who wouldn’t talk that much,” he grins.

Yet despite PC Music’s cryptic online presence, Cook does not cultivate an air of taciturn cool. One of the smiliest people I have ever encountered, he is extremely eager to unpick the tenets behind his work, one of which is an aversion to the middle ground. “I’ve seen a lot more commonality in pure mainstream stuff and really avant garde stuff. When it’s combined in a tasteful way, those tend to leave me the coldest. I was always slower to get into Radiohead, for example, because I was like: that’s well done, cool, I’m not that interested.”

Cook attributes his appetite for extreme weirdness to his childhood. He describes his parents, the architects Yael Reisner and Sir Peter Cook (of 1960s innovators Archigram), as “quite bizarre. As a five-year-old, seeing people wearing suits that were moving and bright green rooms and CGI stuff set the bar pretty high for me in terms of what was normal.”

Cook “wasn’t super interested in music as a kid”. Instead, he loved computers; rather than getting into software such as GarageBand because he wanted to make music, he got into music because he wanted to use GarageBand. As a teenager, he recorded his friends’ musical endeavours, finding himself on the periphery of the mid-00s indie scene. “I knew Bombay Bicycle Club pretty well, not that I was in that band at any point,” he clarifies. Soon, however, his computer, which he likens to a prosthetic limb, led him astray. “It rewired my brain in terms of the stuff I wanted to make.” 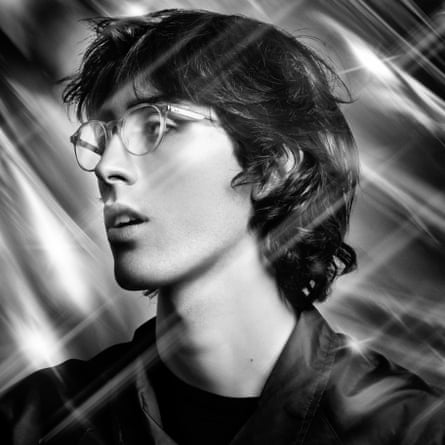 Studying at Goldsmiths, Cook developed his music manifesto. “I immediately banned instruments; I was very militant.” Frustrated that “computer music was seen as nothing to do with people, and I was seeing everyone around me use computers everyday in a really chill way”, he began defining “the computer as the only real instrument”. He also gravitated towards sounds with “some funny sense of personality”, as well as things that made him uncomfortable. “I trust my own dislike of things to lead to somewhere interesting.”

It was an approach that centred on sensibility rather than one specific sound; Cook says he saw an affinity in the work of experimental rapper Lil B and indie absurdist Ariel Pink. PC Music’s roster grew to include Danny L Harle (house/electropop) and Polly-Louisa Salmon as GFOTY (pop-punk/industrial), both contemporaries of Cook at the private King Alfred School in north London, as well as Hannah Diamond (bubblegum) and Goldsmiths pal Gus Lobban AKA Kane West (inexplicable).

PC Music instantly gained industry hype, as well as an obsessive online fanbase. Cook has always avoided the forums that pour over the collective’s every move – “because it would start to get a little weird” – but likes to engage with PC obsessives in other ways. “I really enjoy putting easter eggs in for people I know will comb things. Sometimes it’s like: ‘No one’s going to get this, are they?’ But most of the time people are on it pretty immediately.” Yet commercial success remains elusive (the Charli XCX collaborations, while trailblazing, haven’t produced a hit). Sanguine, Cook hears his influence on the charts in more subtle ways. “It doesn’t mean that everyone’s listening to PC Music in their car, but certain elements get into quite a few people’s brains whether they like it or not.” It’s true: wild genre-clashing, post-ironic irreverence and a gravitation towards typically trashy styles are now cropping up everywhere.

Despite being content with his radically futurist pop life on the fringes, Cook is still striving for the big leagues. “I’ve tried to pitch to Pitbull,” he beams. “I’m super down for something like that to materialise.” If it ever does, it will be just the latest unexpected move from a man who makes wrongfooting his fans an artform all of its own.

Apple is out on Friday 18 September