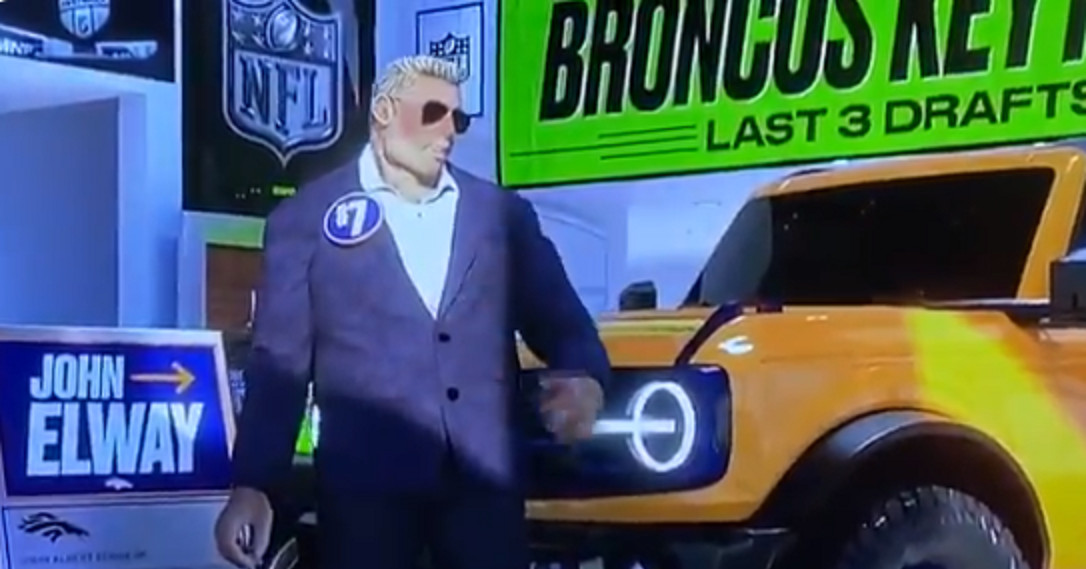 If you went to bed before late Monday Night Football you missed a heck of a game. You also missed this.

While introducing the Broncos we were greeted with Jon Swoleway, John Elway’s buff doppelganger from a different dimension. There is absolutely no room for interpretation here. This looks nothing like Elway.

I like that sometime during the process the first cut of this was submitted and someone was like “This doesn’t look like Elway,” but it was too late to turn it around. So I imagine they slapped the No.7 button on him, in an effort to try and help things. Still not convinced this would evoke Elway, they slapped a damn sign next to him that says “JOHN ELWAY,” with an arrow — like the drawings my daughter brings home from school so I can identify which of the potato people she’s drawn is me.

Alas, this is not John Elway. It’s thew love child of Ron Perlman and Dennis Farina. Still, I’ okay with it. I don’t need a perfectly accurate Elway on my screen, I’d much rather the “Worker and Parasite” version.