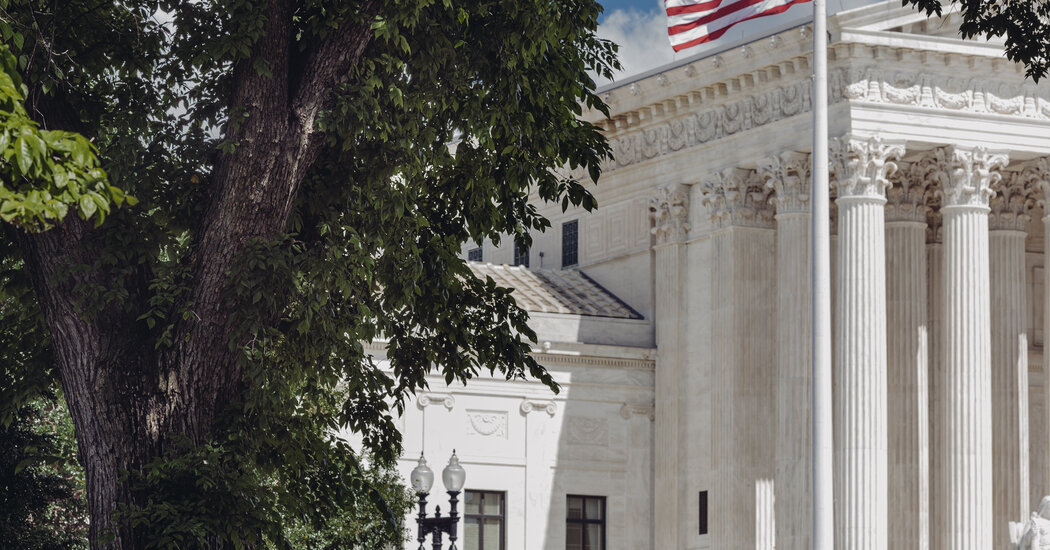 More than at any time since the 1930s, the administrative state is under constitutional assault. Some judges, lawyers and legal academics are calling into question the very structure of modern government.

Four members of the U.S. Supreme Court, and possibly five, have indicated that they would like to revive the “nondelegation doctrine,” which would forbid Congress from granting excessively broad or uncabined discretion to administrative agencies such as the Environmental Protection Agency, the Department of Labor and the Department of Transportation. Under their approach, important parts of the Clean Air Act and the Occupational Safety and Health Act might be invalidated.

So too, in eliminating the independence of the Consumer Financial Protection Bureau in June, a majority of the Supreme Court cast a dark constitutional cloud over the long-established idea that Congress has the power to allow agencies to operate independently of the president. The court’s approach raises serious doubts about the legal status of the Federal Reserve Board, the Federal Trade Commission, the Nuclear Regulatory Commission and other such entities.

Viewed most sympathetically, those efforts reflect a commitment to the values of legality, accountability and liberty — understanding all these values in particular, highly controversial ways. But the best way to promote such values is not by deconstructing anything, but by adapting and making new an old idea: the rule of law.

About 60 years ago, the legal philosopher Lon Fuller specified the conditions that he believed were necessary, at least in some minimal form, for the very existence of law. They were: the making of rules, so that issues aren’t decided on a case-by-case basis; transparency, so that affected parties are aware of the relevant rules; not applying rules retroactively, so that people can rely on current rules; comprehensibility, so that people understand the rules; not issuing rules that contradict one another; not issuing rules that require people to do things they lack the power to do; relative stability of rules, so that people can orient their action in accordance with them; and no mismatch between rules as announced and rules as administered.

Writing against the background set by fascism and communism, Professor Fuller claimed that if a government entirely failed to meet any of these conditions, it would fail to have “a legal system at all.” But he also saw the principles underlying these procedural virtues as moral ideals within law — aspirational principles that, judiciously applied, would help to make governance not only respectful of legality but also more efficacious.

In Professor Fuller’s view, law has a kind of internal morality. His account of the morality of law is an excellent way of channeling modern administration into its best forms — and of responding to the strongest arguments of those who want to limit the authority of administrators.

In our view, courts should be taking the morality of law quite seriously. Fortunately, they often do. Indeed, many of the principles of legal morality that Professor Fuller listed have been invoked by the Roberts court in a number of domains.

The Roberts court has emphasized, for example, that agencies must follow their own rules, reducing the risk that they will make decisions on a case-by-case basis. It has also repeatedly emphasized the importance of “reliance interests,” which arise whenever people act in ways that depend on existing rules, and thus the court has worked to combat unduly rapid changes in the law. A recent example is the court’s decision on the Deferred Action for Childhood Arrivals program, or DACA, which required the Department of Homeland Security to do more to consider the reliance interests of program participants. Right or wrong, the decision was animated by an account of law’s morality.

Law’s morality also animated some lower court decisions that invalidated Obama administration initiatives. One example is the decision that issued an injunction against the Obama administration’s initial adoption of the DACA program and the related Deferred Action for Parents of Americans program, on the ground, among others, that the administration had attempted to disguise a substantive change in the law as a mere exercise of enforcement discretion. The court claimed, in effect, that there was a mismatch between rules as announced and rules as administered.

The principles of law’s morality speak not just to the courts but to all branches of government, including administrative agencies, the president and Congress. Some of these principles deserve to be codified. As one possibility, consider President Trump’s 2019 executive order titled “Promoting the Rule of Law Through Transparency and Fairness in Civil Administrative Enforcement and Adjudication.” The order instructs executive agencies not to apply standards of conduct in ways that would cause “unfair surprise.” Professor Fuller would heartily approve of this principle.

All this points to a way forward for the law, and to a way to settle and regulate the intense conflicts over the administrative state. To protect health and safety, and freedom itself, any advanced nation needs strong public bodies acting for the general welfare. But it also needs the rule of law, and the principles of law’s morality offer the best and most useful conception of the rule of law today.

Cass R. Sunstein and Adrian Vermeule are law professors at Harvard and the authors of “Law and Leviathan: Redeeming the Administrative State.”