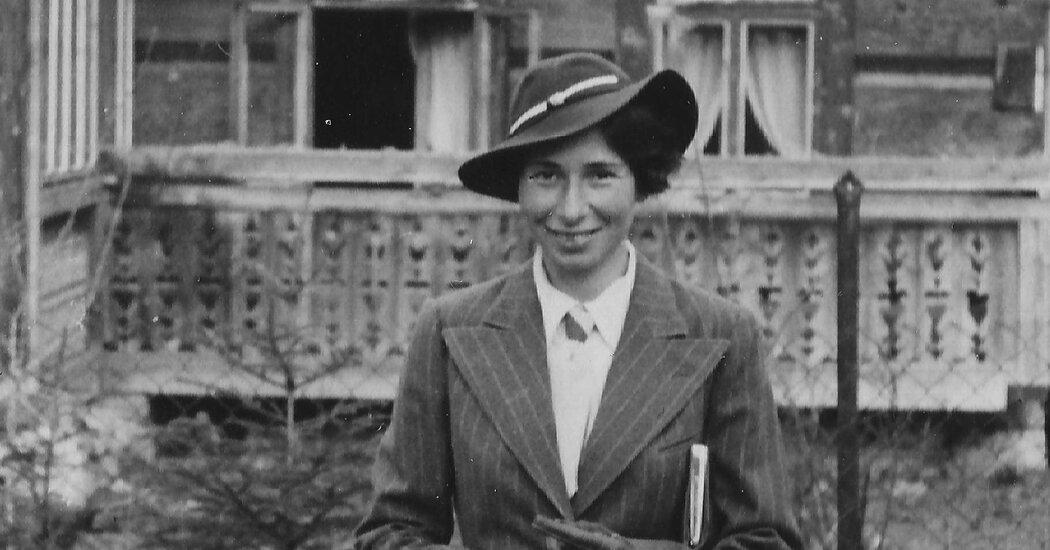 We have at last, in Ben Macintyre’s “Agent Sonya,” the tale of a fully fleshed-out female spy. Not a femme fatale with a tiny pistol in her purse, Sonya was a spy who loved her kids and was racked by guilt for neglecting them, who had serious babysitter problems, a woman whose heart was broken by Mr. Wrong — a woman very much like the rest of us. Except not quite. Macintyre, the author of numerous books on spies and espionage, has found a real-life heroine worthy of his gifts as John le Carré’s nonfiction counterpart.

Le Carré, however, could not have invented Ursula Kuczynski, a.k.a. Agent Sonya. For this panoramic account of espionage from Weimar Germany through the Cold War is, above all, a woman’s story. Macintyre draws on Sonya’s own journals, which capture the stressful balancing act of spymaster, mother and lover of several men during the most dangerous decades of the 20th century. Like many supremely successful women, Sonya benefited from men underestimating her.

Her journey began in the lawless streets of Berlin in the 1920s, as Communists and Nazis brawled and the Weimar Republic unraveled. A blow from a policeman’s rubber truncheon during her first street demonstration set the 16-year-old on the road to revolution. Although born to a prosperous, secular Jewish family from Berlin’s bourgeois Zehlendorf district, she signed up with the Communists, who seemed to be the only ones prepared to shed blood to fight the Nazis. And once she was seduced by their promise of a workers’ utopia, Sonya never swerved from the cause.

From Shanghai, where Sonya was caught up in the struggle between Chiang Kai-shek’s Nationalists and Mao Zedong’s Communists, to Japanese-occupied Manchuria, to the placid Cotswold hamlet where she spent part of the war, Sonya managed to elude German, British and American secret services. It boggles the mind how a woman with so many domestic responsibilities — a husband and two children — could find time for spy drops and transmitting coded messages. But Sonya was the consummate multitasker, now cooking dinner, now cooking up explosives to blow up railways. Domesticity was the perfect cover.

In the summer of 1942 Sonya became the connection for the biggest Cold War catch of all: Klaus Fuchs, the German-born scientist working on the supersecret atom bomb. When President Harry S. Truman informed Stalin during the 1945 Potsdam Conference about the powerful new weapon, the Russian leader was unfazed. Fuchs — through his spymaster Sonya — had been passing Moscow details about the nuclear weapon all along.

As the world slid from world war into Cold War, Sonya found herself no longer spying on Nazis but on the West, and the noose began to tighten around her. When Jim Skardon, an operative for Britain’s domestic security service (MI5), called on Sonya, who was living in bourgeois respectability near Oxford, she asked, “Shall I fetch my husband?” and promptly did so, knowing that her husband, her underling in Soviet Military Intelligence, was also in the dark about his wife’s activities. “She has been once interrogated with no result,” Skardon reported, “and she is a very tough nut.”

The flat-footedness and sexism of the British secret services is one of Macintyre’s entertaining subplots. The only one who “smells a rat” regarding the Cotswold “housewife” was another woman, the MI5 agent Milicent Bagot, but her less shrewd (male) colleagues prevented her from bagging her prey. Sonya spent the Cold War in East Germany, where she slipped into her final role: As an author under the nom de plume Ruth Werner, she turned her adventuresome life into best sellers.

Macintyre gives an enthralling account of the territory that exists between devotion to the cause and sheer love of the game. But hovering over this tale is a question that Macintyre deals with only in passing. How could this brilliant woman serve one of history’s great monsters and his heirs, even as her friends were disappearing into the Gulag and a wall was being erected to imprison citizens of her final home? Sonya excused brutalities far too lightly, and never disavowed the faith. She sacrificed everything — family, friends and morality — for a dream built on lies.