First Lionel Messi, now this. Whatever the opposite of a blockbuster is – a spherebuilder? – that’s what football keeps serving up this summer. As any student of Shakespearean drama knows, tragedies traditionally had a five-act structure and a 2020 transfer drama is no different. Act 1, in which the rumour mill cranks up as our hero ponders the possibility of leaving; Act 2, in which their mind is made up and the mill goes into overdrive; Act 3, in which they debate their next destination amid fevered speculation among the fanbase; Act 4, in which a deluge of newspaper headlines accompanies their current club preparing for hearbreak; Act 5, in which they decide, actually, they’re all right after all, go home and, sometime later, put out the recycling.

It’s like reading your way through the mounting tension of all seven Harry Potter books only for, 100 pages from the end, the boy wizard and Voldemort to put their differences to one side, declare they’re now mates, and decide to flatshare in West Hampstead or somewhere similar. All while Voldemort works as a waiter in one of the area’s trendy cafes and Potter establishes his career at the ministry of magic, their swelling bromance creeping out Ginny, who’s none too chuffed about her boyfriend moving in with a bloke who once possessed her through some kind of toilet-based enchanted evil diary.

Popular mob movie The Godfather made famous the previously obscure phrase “going to the mattresses”. In the film it referred to the start of violent conflict between rival mafia families, and urbandictionary.com duly defines it as to “prepare for a battle or adopt a warlike stance”. When Jack Grealish’s Mr 15% reportedly said in July that “as far as [Grealish’s] career is concerned, it would be great for him to play in [Big Cup] and I’m not sure in which country or where that will be”, just as when Messi sent Barcelona his infamous burofax, it sounded like he was going to the mattresses.

And now the story concludes with people going to the mattresses in a more literal sense, because the whole drama has been so long and its conclusion so underwhelming that they have started to feel a bit snoozy. Going to the mattresses? Going to the duvets, more like. Less breaking news, more taking snooze. Anyway, you can forget about Grealish’s on-off, will-he-won’t-he move to Manchester United or anywhere else, because the lockdown-dodging maestro has signed a new five-year contract at Aston Villa. “It is my club, my home and I am very happy here,” he said. Congratulations, Jack!

QUOTE OF THE DAY

“I’m scared for this country. We’ve got two of the most dangerous leaders in the world causing havoc. Johnson and Trump are loose cannons. In the past we used to think the loose cannons belonged to North Korea or fellas like Saddam Hussein. You don’t expect loose cannons to take over your own country” – Neville Southall gets his chat on with Donald McRae.

It’s only David Squires on the Premier League’s return so far. And you can buy your very own copy here. 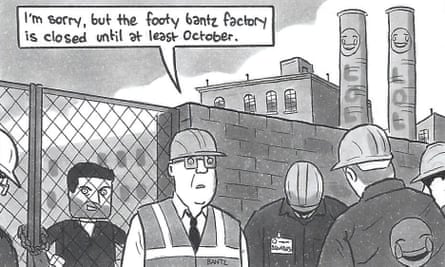 Football Weekly: come get some. And then get some more.

“I have some sympathy with Aster Vranckx, both in having a spell-checkable name and his miss (yesterday’s Quote of the Day). Back in the glory days of when I was fit enough to play five-a-side, I had a similar sitter presented to me as the keeper spilled the ball at my feet. Unfortunately, due to a variety of factors I blamed at the time and since but was probably just lack of ability, not only did I manage to trap, tread on, kick and roll the ball all at once, I also managed to dislocate my left ankle doing so. Chin up Aster, could have been worse, as I hope future Fiver letters about adding knack to insult on the pitch will attest” – Ferg Slade.

“Re: Uli Hoeness having a dig at David Alaba over money (yesterday’s News, Bits and Bobs). Surely that’s not the same Uli Hoeness who was convicted of tax-knack to the tune of €27.2m back in 2014? Say it ain’t so, Uli” – Robin Foster.

“Was Noble Francis really blaming Peter Oh for Tottenham’s problems (yesterday’s Fiver letters)? Is this The Fiver equivalent of Lee Bowyer v Kieron Dyer (or, for older readers, Derek Hales v Mick Flanagan)? I blame everyone but myself if it is” – Richard O’Hagan.

Send your letters to the.boss@theguardian.com. And you can always tweet The Fiver via @guardian_sport. Today’s winner of our prizeless letter o’the day is … Ferg Slade.

A USA! USA!! USA!!!-based consortium proposing a takeover of West Ham is preparing a meatier offer for the club after a £350m bid was rejected by Gollivan last month.

Historic England has been accused of making a “huge mistake” in objecting to Everton’s plans for a shiny new stadium at Bramley Moore dock, at a time when the economy is in dire need of what it will bring. 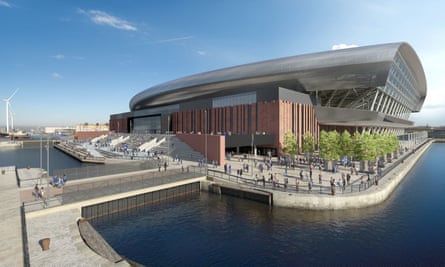 Gary Lineker has agreed to trouser 25% less cash to remain as Match of the Day host for the next five years, along with an agreement to be a little less free and easy when sharing political views on Social Media Disgrace Twitter.

Livingston suit David Martindale has explained why Anthony Stokes’s deal was ended early. “Stokesy has been in training for approximately four weeks now and it’s fair to say we both knew that there was going to be a lot of work to be done to get Anthony into top shape,” he tooted. “It’s been extremely frustrating for all of us, staff and player alike, that we can’t seem to get the intense training needed into [him].”

Hamburg defender Toni Leistner is set for a spell on the German FA’s naughty step after Eric Dier-ing his way into the grill of Dynamo Dresden fans who’d been giving their former player verbal pelters in his side’s 4-1 defeat.

Cádiz are finally back in La Liga, but not in the way they dreamed of, reports Sid Lowe.

Check all the latest deals from the top European leagues in our snazzy women’s and men’s transfer interactives. 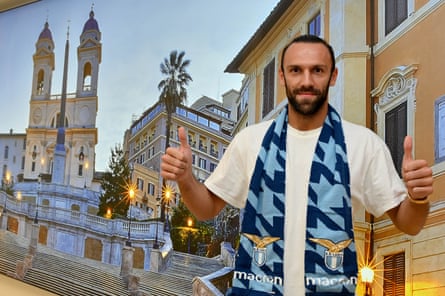 And let the Mill lead you through the latest transfer gossip to save you the hassle of clicking on links that take you to even darker corners of the internet than this one.

Oh, and if it’s your thing … you can follow Big Website on Big Social FaceSpace. And INSTACHAT, TOO!