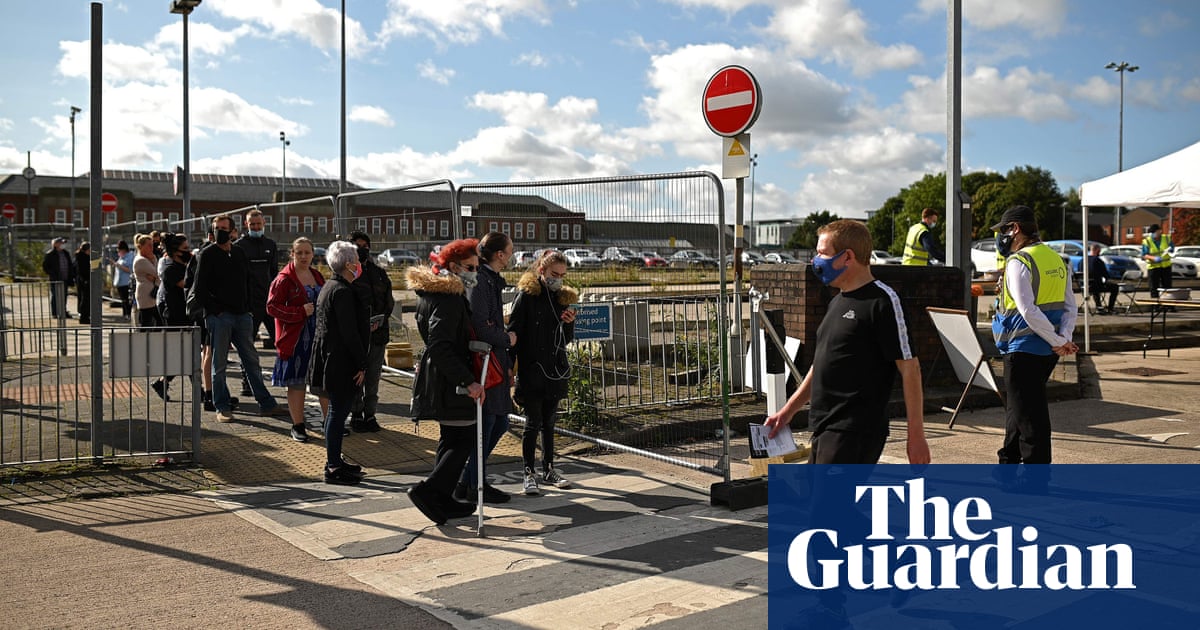 Despite what Matt Hancock says, there just aren’t enough tests available (Report, 15 September). There are still no routine tests for medical professionals and other frontline services. Paramedics I have spoken to in Liverpool have been tested only once in the past six months and attend emergencies not knowing whether they are virus-free. They have colleagues who have caught Covid and some have died. It is unacceptable to put them at risk like this.
Barry Kushner
Labour councillor, Liverpool

• Stories of symptomatic people being offered tests hundreds of miles from their homes hardly inspire confidence in the government’s test-and-trace efforts, let alone the proposed 10m daily tests of Operation Moonshot (‘We just need the system to work’: fresh reports of Covid test problems in England, 9 September). And these are just the symptomatic cases. Without universal testing to gauge the number of asymptomatic cases, we will not have any alternative to more lockdowns.
Phil Coughlin
Houghton-le-Spring, Tyne & Wear

• I live in Finistère, in the far north-west of France. During lockdown I had major surgery for cancer. I need a further procedure next month and must have a Covid test beforehand. My options are a four-minute drive to a testing centre in a nearby village, or a nine-minute drive to the medical lab in the nearest town, or a 37-minute drive to two other test centres. I have my own transport, but if I did not the cost of a taxi would be covered by social security. If this is what is available here in Finistère, the British government should hang its head in shame.
Alison Morgan
Plounéour-Trez, Finistère, France

• If I had Covid symptoms, the last thing I would want to do would be to travel for miles to a test centre. What about those who do not drive? What of the risk of becoming ill en route? I would also like to know why the prime minister continually characterises his initiatives as “world-beating”? All that is necessary is that they work effectively and efficiently.
Christine White
Bingham, Nottingham

• As much as I prefer not to disagree with a professor (We need Covid-19 mass-testing. But who will trust the government to deliver it?, 11 September), a mass test must have as low a false negative rate as possible. David Hunter says: “But [having few false negatives] doesn’t matter quite so much when you’re screening an entire population.” A false negative means someone who is potentially infectious going into schools, businesses and restaurants believing they are safe, while potentially infecting significant numbers of people.
Dr Michael Peel
London

• The government’s “moonshot” of mass testing should be aborted before launch (What is No 10’s ‘moonshot’ Covid testing plan and is it feasible?, 9 September). In a best-case scenario, a test would have a sensitivity of 90% and a specificity of 99% (incorrectly identifying one person in 100 as positive). Ten million tests a day would correctly identify 4,500 of the 5,000 true positives, at the current prevalence of one in 2,000. So each day there would be 104,500 positive tests, with 100,000 of them being false positives.
Dr John Doherty
Stratford-upon-Avon, Warwickshire

• If Donald Trump and Boris Johnson can combine Operation Warp Speed and Operation Moonshot, we could see a vaccine by yesterday and the entire world population tested within a week. What are they on? Certainly not this planet.
Brian Mackie
Napier, New Zealand