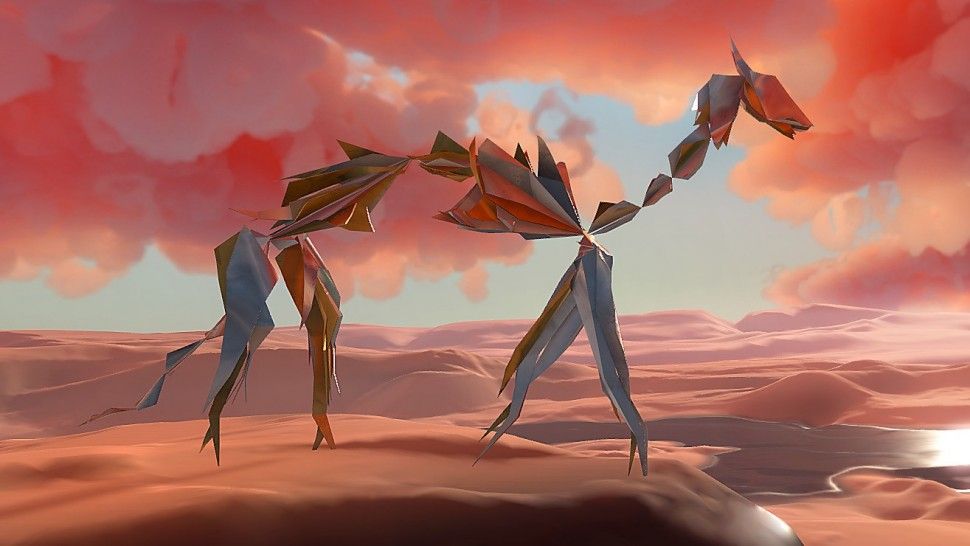 Developer Pixel Reef, led by Eric Chahi, just announced that Paper Beasts, the former PSVR exclusive which released in VR for PC just last month, will also be available as Paper Beast. Folded, a version for players without a headset from October 20.

Paper Beasts simulates an ecosystem filled with different animals, all made out of paper as the title suggests. It can be played in either a campaign where you manipulate the terrain or learn the different animal’s behaviour to help them to safety, or a sandbox mode that allows you to interact with the landscape and its inhabitants without having to follow a story. The idea of paper animals itself is already intriguing, and the concept is very memorable, both visually and in the ways Pixelreef managed to simulate existing ecosystems. The sandbox mode especially looks like the ideal way to spend a relaxing time marveling at the digital world and just spend a good time with some papery animal friends.

In our review, Rick Lane marveled at Paper Beasts’ wealth of ideas, but disliked the split into a separate story and sandbox mode, when the sandbox mode could have been a good main game. Either way, will be interesting to see if Paper Beasts is just as captivating outside a VR environment.