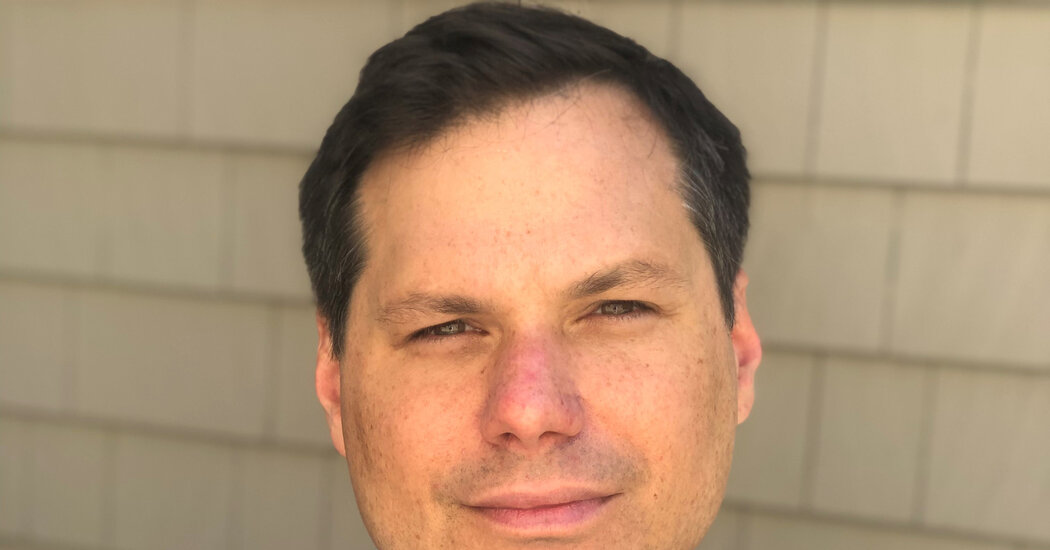 Michael Ian Black didn’t earn his fame being decent and earnest. First as a member of the ’90s breakout comedy troupe the State and later as a talking head on VH1, he garnered a reputation as the snarkiest bastard in the room, serving irreverent quips in a monotone that put the “dead” in “deadpan.” His poker face was so effective that he used it to rack up some sizable winnings on “Celebrity Poker Showdown.”

It’s an era he remembers with some chagrin in his surprising, occasionally sappy but often lovely new book, “A Better Man,” which is styled as an open letter to his college-age son. For Black, newly sincere and connected, those VH1 clips are just a reminder of his own emotional inadequacies: “I cultivated an entire comedic persona based on withdrawal,” he admits. He has worked hard to change, and now, he wants to pass along some of the lessons he’s internalized to his son — young, white, straight and about to leave home to encounter a world full of violent chaos sown by straight, white patriarchy.

Mass shootings provide Black’s entry point into his examination: “Why are boys committing these acts of violence?” he asks. “Why are boys falling behind girls in school? How do we teach young men to be respectful toward women? Why are men, and in particular white men, killing themselves in ever greater numbers? Is there really something ‘toxic’ about masculinity? If so, what do we do about it?”

The book opens with a heart-in-throat recounting of the Sandy Hook shooting, which Black and his wife watch on the news shortly after dropping off their son and daughter at a neighboring school in Connecticut. Terrified, they retrieve their children, try to figure out what to tell them, then try to process the horror. “How could I promise your safety?” Black asks. “I couldn’t.”

Reckoning with the trauma leads him to examine how “traditional masculinity can nudge a teetering psyche toward violence.” Black writes, “You can go through the list of mass shooters and you’ll find the same thing in all of them: It’s always somebody’s son because it’s always a boy.” From here, he takes on … nearly everything, from the roots of patriarchy to his own conflicted relationship with his father, who died from a blood clot when Black was 12.

There are moments when this primer loses its focus. Black’s potted histories of women’s suffrage and the abolition movement might work as a conversation starter with his kids, but they are a little thin on the page. Certain lines have a book report’s stiffness, suggesting that Black’s reach exceeds his grasp.

And yet his tone is so lovely, his empathy so clear. “Quiet” is a word he returns to: “Manhood, or at least my manhood, is quiet and simple and straightforward,” he writes. He does wonderful work breaking down the masculine coding surrounding his own behaviors. He’s very funny, for example, decoding why his cup of tea makes him less typically manly than a mug of coffee, and how even the choice of creamer adds another data point plotting him on an axis of machismo. “Traditional masculinity is an elaborate system of ritualized posturing,” he concludes. “A kind of drag show. It’s men in carefully assembled attire lip-synching the songs of their fathers and grandfathers.” Never forgetting he is a comedian first, he provides a punchline: “Sometimes I think the only thing separating RuPaul and Chuck Norris is glitter.”

The open letter can work beautifully as a framing device, but it can also be a petri dish for performative smarm, virtue signaling and empty grandstanding. A book in which a straight white dad lectures his straight white son on systemic racism, structural inequity and rape culture might sound like the stuff of tone-deaf woke-polemic nightmares, but “A Better Man” is blessedly clear of these afflictions. Black’s writing is modest, clear, conversational.