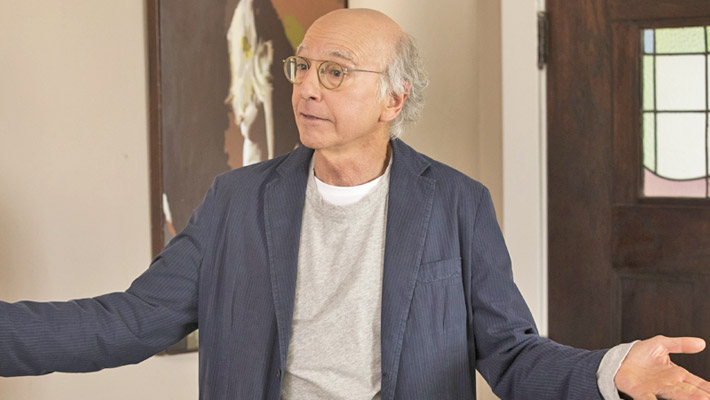 We’re less than two months away from what may be the most important election not only in American history but possibly in world history, in species history. And one of the far too many issues piling onto our already sky high anxiety is this: The current head of the United States Postal Service appears to be cool with it not working during an election that may be largely done by mail. While public servants have yet to fix it, celebrities have stepped up to the plate. First, John Ratzenberger, aka Cheers’ noble mailman Cliff Clavin, came up with an idea. Now so have Larry David and Jon Hamm.

Actually, it was really Hamm’s idea, which David attempted to make worse. Earlier this year, the Mad Men star appeared on an episode of the most recent season of Curb Your Enthusiasm. The two made a perhaps unexpectedly dynamic duo, so they tried it again for Sunday’s viral voting outing, “#VOMO: Vote or Miss Out.”

Hamm’s pitch to try and save the election? A stamp with his face on it. “I did the math and if half of all Americans buy one sheet of stamps we could raise like a billion and a half dollars, save the U.S. Postal Service and everybody could vote safely,” Hamm told David over a Skype session. “You gotta figure a lotta ladies want to lick this face. Maybe some guys, too, I dunno!”

Instead of simply egging Hamm on, David tried to join in. He volunteered to do his own set of stamps bearing his own likeness. But Hamm questioned the efficacy of this idea. “I don’t think that’s a lickable face,” Hamm told David.

David disagreed. He figured his target audience was “Jewish women over 60.” So Hamm summoned one up: Susie Essman, aka Curb’s Susie Green, “Larry”’s sometime nemesis and constant vocal critic.

“Nobody wants to lick your face,” Essman told. “I wouldn’t lick your face if it was covered in chocolate ice cream!” Things then devolved further into Curb territory, a noble idea turning into a session about licking Larry David’s face. But hey, given the severity of this year’s election, whatever works!