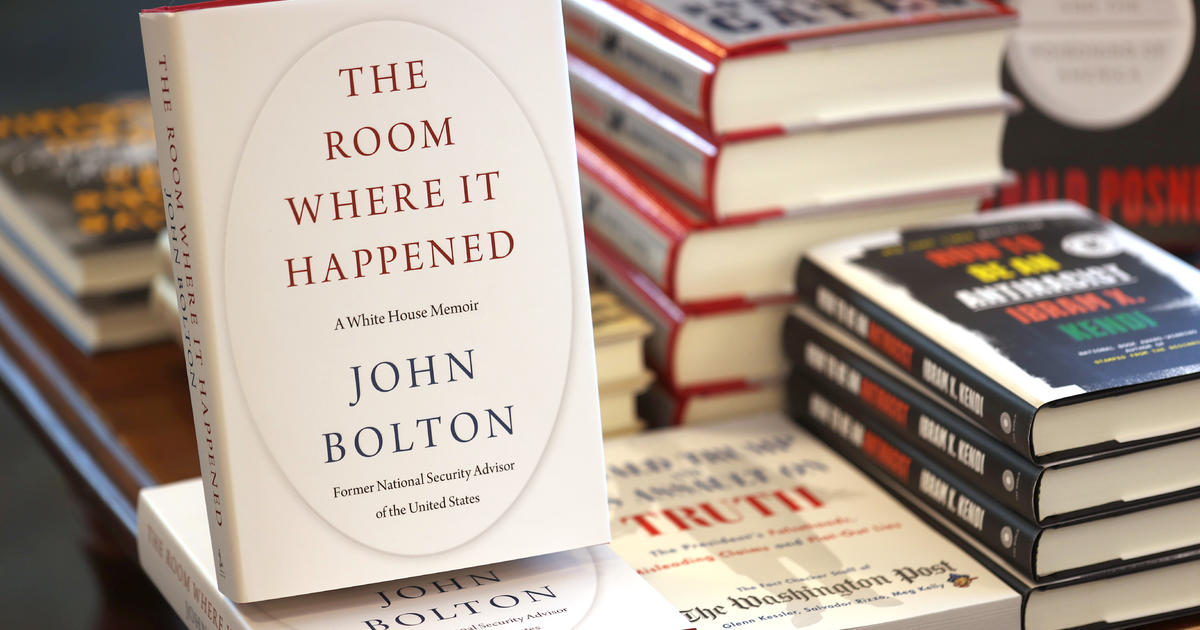 Washington — The Justice Department has opened an investigation into the publication of former White House national security adviser John Bolton’s recently published book, examining whether it may have contained classified information, a U.S. official confirmed to CBS News.

Bolton’s memoir, “The Room Where It Happened,” hit shelves June 23 after an unsuccessful attempt by the Justice Department to halt its publication over concerns it contained classified information. The Wall Street Journal was first to report the criminal investigation and said federal prosecutors had issued grand jury subpoenas to Bolton’s publisher and literary agent.

The Justice Department declined to comment on Tuesday, as did Simon & Schuster, which published the tell-all, and Javelin, Bolton’s agency. Simon & Schuster is a division of ViacomCBS. Charles Cooper, Bolton’s attorney, said they are aware of reports that grand jury subpoenas had been issued for information about the book’s publication.

“Ambassador Bolton emphatically rejects any claim that he acted improperly, let alone criminally, in connection with the publication of his book, and he will cooperate fully, as he has throughout, with any official inquiry into his conduct,” Cooper said in a statement.

In his memoir, Bolton paints an unflattering picture of President Trump and accuses the president of putting his own political interest ahead of the country’s. Bolton left his post at the White House last year, though he and Mr. Trump are at odds over whether he was fired or resigned on his own accord.

Bolton’s recounting of his 17 months working in the White House put him in the crosshairs of the administration and the president, who tweeted in June that he is a “lowlife who should be put in jail, money seized, for disseminating, for profit, highly classified information.” He also claimed Bolton “broke the law by releasing classified information (in massive amounts).”

Days before Bolton’s book was released, the Justice Department sued to try to halt publication of the book, arguing it contained classified information that would compromise national security. But U.S. District Judge Royce Lamberth of the federal district court in the District of Columbia ruled Bolton could move forward with publication, as hundreds of thousands of copies had already been distributed.

Lamberth, however, said Bolton “gambled with the national security of the United States” and suggested he could face criminal prosecution if he moved forward with publication before a review by the federal government was complete.

“He has exposed his country to harm and him to civil (and potentially criminal) liability,” Lamberth wrote. “But these facts do not control the motion before the court.”