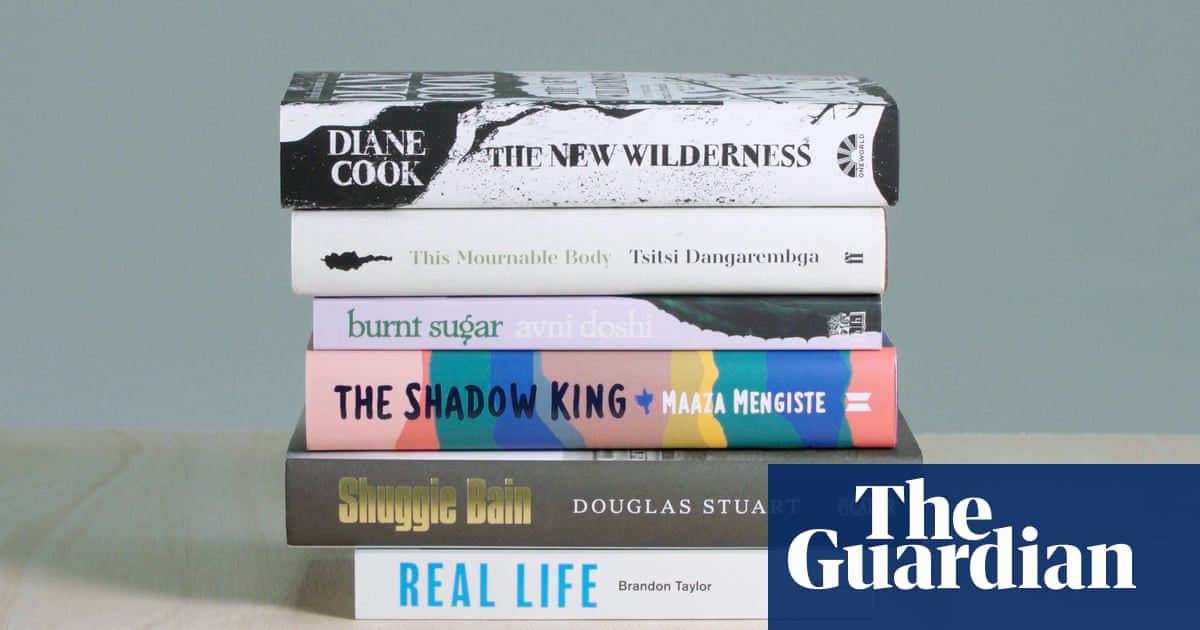 For the Booker judges, like everyone else, 2020 has been a year of staying in. Luckily for us, we had the company of 162 authors to keep us entertained.

Months of reading, rereading and debating over Zoom has enabled us to whittle down the set to six books. Diane Cook’s The New Wilderness follows a group of people trying to survive in a near-future blighted by environmental catastrophe. The subject matter resonated for us in an era of climate disasters, but it was the touching relationship between the mother and daughter that kept us reading. Another mother-daughter drama, this time set in India, is precisely observed in Burnt Sugar by Avni Doshi. Told from a resolutely unsentimental perspective, the novel explores what happens when a difficult mother starts to fade into illness. This Mournable Body by Tsitsi Dangarembga, the third in a trilogy following the protagonist Tambu’s life in Zimbabwe, is a darkly humorous take on the absurdities of life in a collapsing postcolonial state. Told in a deliberately distanced second-person, the novel matches formal daring with an acute political eye.

The Shadow King by Maaza Mengiste takes us to the Ethiopia of the 1930s, and the fierce resistance against Mussolini’s invasion. A panoramic historical novel that includes everyone from foot-soldiers to the emperor Haile Selassie, it is a corrective to the European-centered accounts of East Africa by writers such as Evelyn Waugh. Brandon Taylor’s Real Life follows an isolated black man on a US campus coping with the micro-aggressions of his white peers. As well as its compelling protagonist, the novel stands out for its beautiful writing about scientific experiments. And finally, Shuggie Bain by Douglas Stuart is an almost photographic re-creation of working-class Glasgow in the 1980s. It’s a novel that tackles abuse and alcoholism but is never mawkish. The charismatic Agnes, mother to little Shuggie, will stay with us for a long time.

What unites these books is the idea of the individual living under intense pressure – whether personal, societal or from the state. What happens when it seems all hope is gone: can you preserve your humanity, is love still possible? No easy answers are provided to these questions, but it has been fascinating to see how the authors have, in their different ways, tackled them.