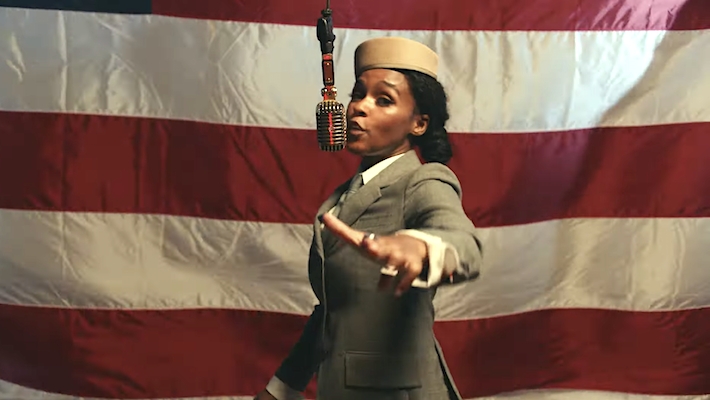 Political protest imagery abounds in Janelle Monae’s new video for her song “Turntables,” as expected. What might be unexpected, though, is the way the camera weaves in imagery of ordinary moments from an avergae Black household, juxtaposing quieter, simpler moments with the electric staredowns of riot police. While the family sits down at their dining table for a meal, Monae herself foregrounds the scene, her raps indicting America’s denial of this family’s right to this simple existence.

It’s especially chilling watching scenes of marches and uprisings in 2020 right alongside footage from the 1960s, as if the older protests never happened. Meanwhile, as Monae intones “You f*ck up the kitchen, then you should do the dishes,” scenes of man-made environmental catastrophes flash across the screen, tying the looming danger of climate change to the omnipresent corrosion of social injustice. They’re both threats to our survival and our global society, but as she sings in song’s chorus, she believes the tables will turn.

“Turntables” is the first song from the upcoming documentary All In: The Fight For Democracy, coming to Amazon September 18.