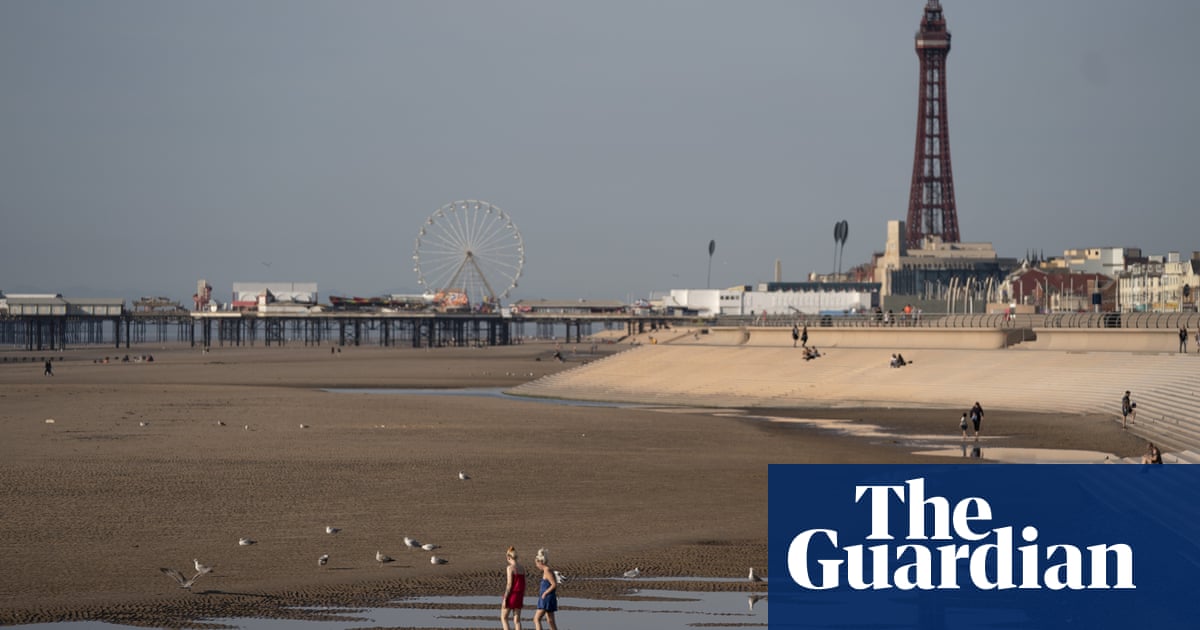 Blackpool and Hull have the highest rates of unemployment in the UK as the pandemic causes disproportionate economic damage on the towns and cities at the heart of the government’s levelling-up agenda.

With unemployment rising across the country, research from two leading organisations suggested that areas where the local economies were struggling before the pandemic struck are now among the hardest-hit.

The Lancashire seaside town and Yorkshire port city had the highest percentage of people claiming unemployment-related benefits in August, according to analysis of the latest official jobs market figures by the Centre for Cities thinktank.

It said one in 10 working-age adults (9.9%) in Blackpool were claiming unemployment benefits in August, with a similar amount (9.8%) in Hull, closely followed by towns and cities such as Birmingham, Bradford and Liverpool.

However, the Centre for Cities said job losses were now beginning to mount at a faster pace in usually stronger areas, suggesting the crisis in the labour market was spreading.

Unemployment rose fastest in places close to big airports, such as Crawley near Gatwick, Slough near Heathrow, and Luton, as the sharp decline in international travel put thousands of aviation and airport jobs at risk.

UK redundancies rise at fastest rate since 2009 amid Covid crisis

The Centre for Cities research was underlined by a report from the campaign group Communities in Charge, which identified Blackpool and Hull as the two top places in Britain at most risk of “double distress” from the new wave of unemployment adding to already high levels of job deprivation.

The organisation, made up of thinktanks and charities including Locality, Co-operatives UK and the Plunkett Foundation, said places with the worst shortages in jobs were more than twice as likely as the average neighbourhood to be at high risk of further job losses. This is because the type of work available in these areas is more likely to be affected by the pandemic – such as in retail, leisure and hospitality.

It said the Covid recession could drive up employment deprivation in Blackpool to 55% of the population, up from as much as 20.9% before the crisis struck. The measure includes unemployed workers looking for a job, as well as people who would like to work but are unable to do so.

Communities in Charge said organisations with deep knowledge of local needs – such as community centres, enterprise parks and other facilities – required a funding boost from the government to protect against the damage.

Tony Armstrong, chief executive of Locality, said: “The government has a chance to tackle the coming jobs crisis head-on and level up the country at the same time. But to do that it has to recognise that there are specific neighbourhoods around the country where the need for good jobs is at its most intense.”