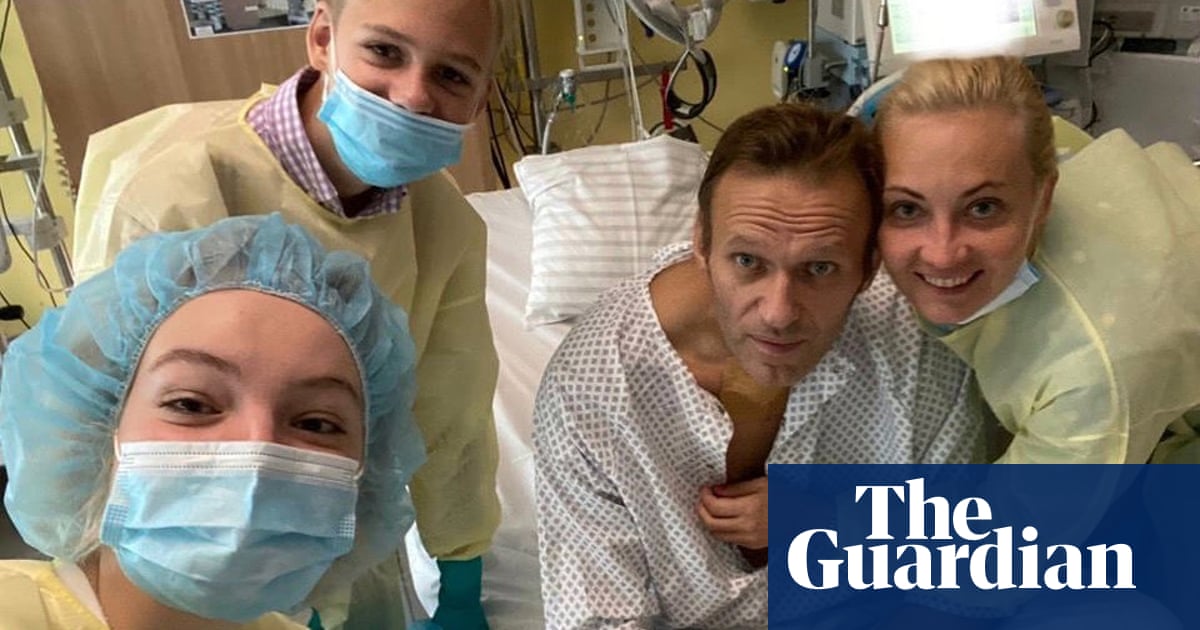 Russian opposition leader Alexei Navalny has said he is now able to breathe without any external support, in his first public statement since he was poisoned last month.

Navalny, who German authorities said was poisoned with the nerve agent novichok, posted a photograph on Instagram of himself sitting up in a hospital bed surrounded by his wife and their two children.

In the caption to the post, he wrote: “Hi, this is Navalny. I’m missing you. I still can hardly do anything, but yesterday I could breathe the whole day on my own. Completely on my own. No external help, not even a simple ventilator in my throat. I liked it a lot. A surprising process that is under-appreciated by many. I highly recommend.”

Navalny collapsed on a flight from Tomsk in Siberia to Moscow, after drinking a cup of tea at the airport. The flight made an emergency landing in Omsk, where he spent two days being treated by Russian doctors, who ruled out poisoning in public statements. However, a medical source in the city told Reuters on Monday that his treating doctors had immediately suspected poisoning. After two days he was flown on a special equipped medical plan to Berlin, where he is being treated at the Charité hospital.

On Monday, the hospital said in a statement that he “continues to improve” and hinted that Navalny was now able to talk.

Navalny’s spokeswoman Kira Yarmysh confirmed on Tuesday that he plans to return to Russia when he can. “I’ll confirm again to everyone: no other options were ever considered,” Yarmysh tweeted in response to questions from journalists about Navalny’s travel plans.

A German security official had told the New York Times on Monday that Navalny was speaking, was aware of what had happened to him, and had expressed a desire to return to Russia. “He’s not planning to go into exile in Germany,” the official said. “He wants to go home to Russia and he wants to continue his mission.”

German authorities say French and Swedish laboratories had confirmed their findings that novichok had been used to poison Navalny. The French president Emmanual Macron called his Russian counterpart Vladimir Putin to ask for an explanation.

Russian authorities have denied all involvement in the poisoning, either suggesting Navalny had got ill for other reasons or suggesting others had carried out a poisoning.

On Tuesday, Alexei Naryshkin, head of Russia’s foreign spy agency, told journalists that there was no poison in Navalny’s body when he left Russia.