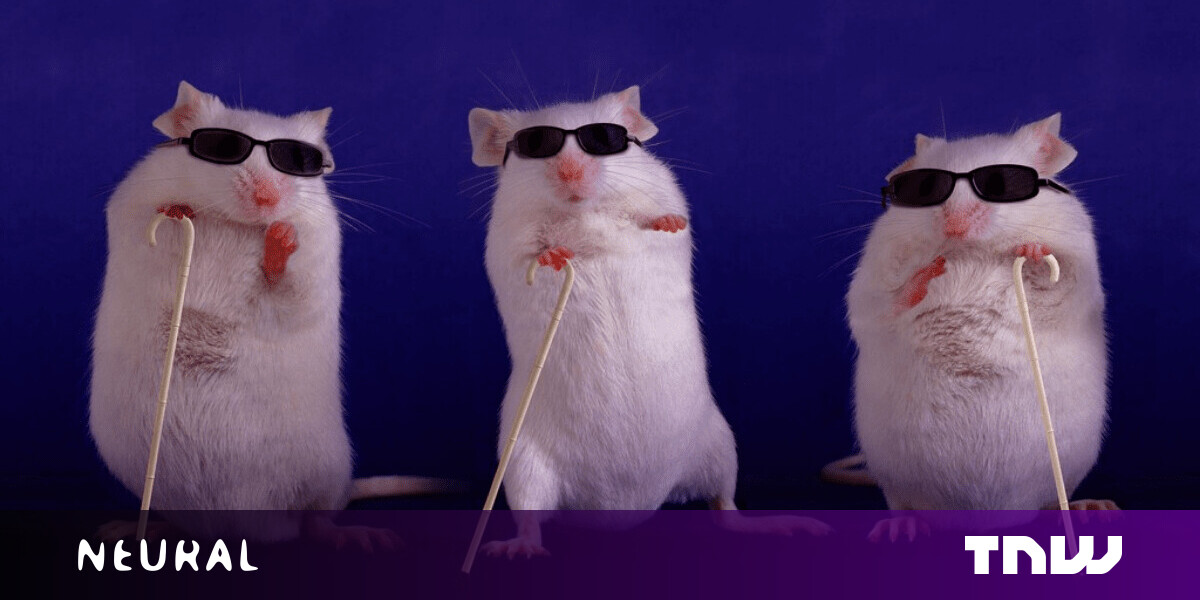 A new AI system that predicts the health spans of mice could help develop life-extension interventions for humans, according to the tool’s inventors.

The system analyzes established measures of frailty to gauge a mouse’s chronological age and their so-called biological age — the condition of their physical and mental functions.

It was created by researchers from Harvard Medical School’s Sinclair Lab, who say it’s the first study to track a mouse’s frailty for the duration of its life.

They plan to use the predictions to quickly test interventions intended to extend the mice’s lives and move towards doing the same in humans.

“It can take up to three years to complete a longevity study in mice to see if a particular drug or diet slows the aging process,” said study co-first author Alice Kane, a research fellow in genetics at Harvard Medical School’s Sinclair Lab. “Predictive biometrics can accelerate such research by indicating whether an intervention is likely to work.”

[Read: Are EVs too expensive? Here are 5 common myths, debunked]

The team first tracked the health of 60 aging mice until they died naturally. For more than a year, they carried out non-invasive tests on the mice, such as measures of their walking ability, back curvature, and hearing loss.

They used this training data to develop two AI models: one that detects a mouse’s biological age based on its frailty, and another that predicts how much longer it will live. In tests, the forecasts were accurate to within two months.

The researchers then tracked the frailty of two groups of mice given life-extending treatment or diets. The team claims the AI accurately predicted whether the interventions improved their health or age.

The system also found that certain measures of frailty had a stronger link to future health. For example, hearing loss and body tremors were more closely connected to biological age than vision and whisker loss. In the future, the researchers want to give these factors more weight in their calculations.

The team admits the AI can’t yet be used to predict human health, which is influenced by a far more complex range of factors than those that affect mice. Frailty indices already exist for people, but the researchers haven’t found a suitable dataset tracking people from their 60s to their 90s with significant mortality follow-up data.

Nonetheless, they hope to one day develop a system that can more quickly and accurately predict human health spans and the effectiveness of life-extending interventions.

“Diseases like cardiovascular disease, cancer, diabetes, neurodegeneration, and even severe COVID-19 predominantly affect older people,” said Kane. “We want to understand how the aging process itself works so we can find ways to reduce the incidence of all these diseases together, rather than one at a time.”

Researchers who wanna check how long their own mice have left to live can try the tools out for themselves. You can also read the research paper in Nature Communications.

So you’re interested in AI? Then join our online event, TNW2020, where you’ll hear how artificial intelligence is transforming industries and businesses.