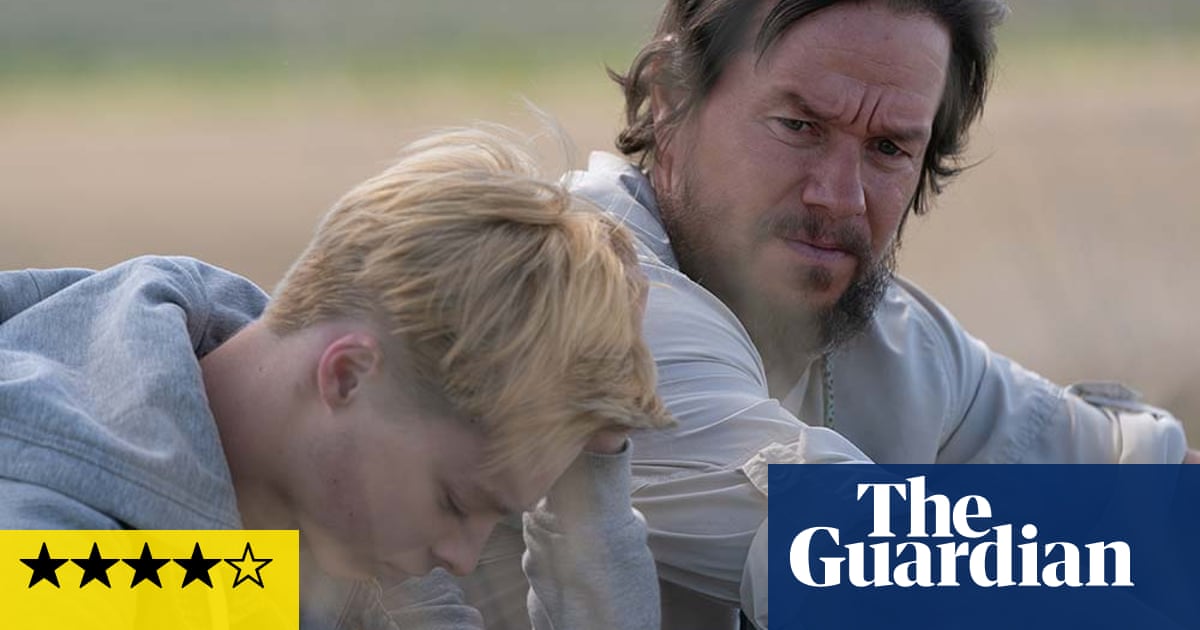 There’s a rocky road to redemption for the protagonist of Good Joe Bell and the actor playing him, both gradually reckoning with an uneasy history of homophobia. When explaining why he didn’t want to take a role in Brokeback Mountain, an infantile Mark Wahlberg admitted that the gay sex scene “creeped” him out and when released, he didn’t rush to see it because it just wasn’t his “deal”. Cut to 15 years later and he’s now taking the lead of the next film written by the Oscar-winning duo behind it, a fact-based drama about the dangers of homophobic bullying, a curiously … queer decision for the star and one that should make for a fascinatingly uncomfortable press tour.

On paper such a blunt move might seem horribly calculated, especially for an actor also putting out other, even bigger fires from his past, but there’s something disarmingly genuine about the film, a little obvious at times perhaps, but also remarkably unforgiving. It’s based on the true story of Jadin Bell (played here by relative unknown Reid Miller), a teen whose sexuality made him a target at school, ritually assaulted and demeaned by his straight classmates. His aggressive father Joe (Wahlberg) didn’t make things easy back home either, wincing at his son’s more effeminate qualities and offering up unhelpful and accusatory advice when confronted by the reality of his bullying (his mother, subtly played by Connie Britton, quietly, if a little too quietly, tries to help from the sidelines). After a hopeless Jadin kills himself, Joe is forced to face up to the messy truths of his reckless parenting and sends himself on a cross-country trip, walking to New York, where Jadin wanted to live, to lecture those along the way of the dangers of bigotry.

Writers Diana Ossana and Larry McMurtry structure their story via flashback as the journey of an already-on-the-road Joe is interspersed with the last months of Jadin’s life. Jadin also appears to him at times as a ghost, a device I initially saw as a lazy storytelling gimmick but quickly warmed to, the piercing tragedy of Joe being able to parent in the right, or at least a better, way after his son’s death cutting considerably deep. But this isn’t a film about letting Joe off the hook. Ossana and McMurtry have no interest in excusing or even forgiving his behaviour, instead it’s about Joe confronting what he did or didn’t do and trying, desperately, to ensure that others don’t misunderstand or mistreat their children in the same way (something he does in a believably clunky, if well-intentioned, manner). There’s no “Well, it was a small town” or “It’s hard for the parents as well” or “He shouldn’t have been on the cheer team” but rather an aching sense of shame for a father who didn’t accept or love his son enough and it haunts every frame of the film, lingering with us long after the credits have rolled.

Joe is a difficult, hard-to-like character – gruff, quick-tempered, selfish and relying on a regressive idea of what a man should or shouldn’t be – and Wahlberg, an actor with a background of hideous violence, conveys this toxicity well (it’s his best performance for a long time, bar admittedly low). But he’s also equally impressive in the quieter edges and like another recent festival premiere Nomadland, Good Joe Bell is a generous film about an outsider travelling across the country realising the importance of listening and learning from others (as well as his own guilty conscience). In one of the standout scenes, Joe visits a gay bar and lends his ear to those inside, anger rising at a familiar story of church-supported prejudice and he proceeds to deliver a damning, if familiar, indictment of Catholicism, covering up the real sin of sexual abuse while expelling those who were born gay. “People think it’s easier these days but everyone in this bar knows that’s not necessarily true,” he’s told, an uncomfortable wake-up call for Joe and many who will watch the film, easily swayed by the good news (Same-sex marriage! Queer Eye!) while avoiding the bad. Queer youths are still five times more likely to attempt suicide than their straight peers and so watching Jadin crumble as the world around him refuses to accept who he is makes for unsettling and poignant viewing.

Director Reinaldo Marcus Green (who broke out with the equally sensitive police brutality triptych Monsters and Men) gives his film a cinematic yet restrained feel. Despite Joe travelling through visually astounding terrain, there’s no joy in any of it. This isn’t a handsomely captured whistlestop travelogue and the lack of levity is important, reflecting both his mission and the final days of his son (one scene where he sings Lady Gaga’s Born This Way with Jadin’s ghost is a regrettable and embarrassing misstep). Walker is a light and charming actor which makes his predicament even harder to stomach, a shining light dimmed by the cruel world around him.

It’s no spoiler to say that Good Joe Bell isn’t leading to a neat, crowd-pleasing conclusion (a quick Google of the real Joe Bell will explain why) and while the ending is a tad abrupt (it’s the rare Oscar bait film that at 90 minutes could have been longer) it’s a testament to those involved that we’re left feeling troubled by what we’ve seen rather than comforted. Joe’s mission, while noble, was never going to be enough, not to bring Jadin back or make him feel like any less of a failure or truly change a society that still regularly reminds many gay kids that they’re not accepted. It’s a devastating weight carried by the film and then left with us as the screen fades to black, a reminder that yes it gets better for some but for others, it’s still far harder than it should be.