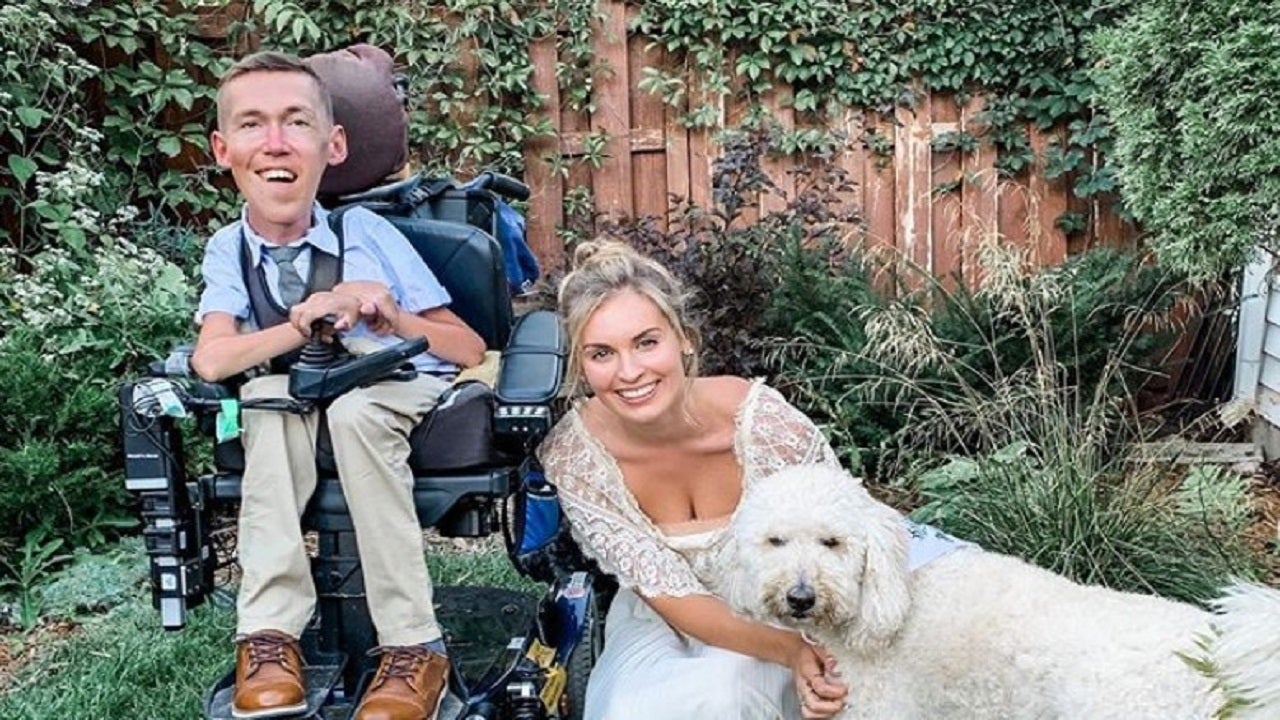 Shane Burcaw and Hannah Aylward, he of the wheelchair and she of the impish smile, got hitched last week and neither were surprised by the negative comments that poured in. The interabled couple are hosts of the hugely popular “Squirmy and Grubs” YouTube channel, 712,000 subscribers and counting, and are used to people saying insensitive, or just plain mean, things about them.

Their wedding was no different. But this time, Aylward clapped back.

“If the past two years of having a YouTube channel have taught me anything, it’s that you’re never going to be able to educate everyone,” the 24-year-old newlywed wrote on her Instagram account.

“Worrying about these people’s opinions is a waste of time, and as time has gone on, it’s become so much easier to genuinely have no internal reaction to comments like these,” she wrote.

Aylward and Burcaw, 27, who was born with spinal muscular atrophy, a genetic disorder that deteriorates his muscles, have been together more than four years.

He got his first wheelchair at age 2.

The couple launched their online channel to show what daily life is like when one person is disabled and the other isn’t. They are funny, blunt and rarely mushy. Their video adventures include amusement parks, restaurants and road trips.

Most responses to their posts are positive. The rest, not so much. Aylward has been accused of being a golddigger, mentally unstable and a glutton for attention.

The naysayers to their nuptials posted comments including, “Is he rich or something?”  He’s not. “This is some kind of joke,” wrote another. Nope. “But for real though … does she also have another partner for having sex with?” asked another. Not that Burcaw knows about. He’s frankly written about his sexual abilities, saying his plumbing functions like any other man’s equipment.

“For a while, I held onto the idea that once Shane and I were married, all the people doubting our relationship would realize it was real,” Aylward wrote. “Now, of course, I’m not that naive.”

The bride and groom recited their vows in a backyard ceremony in Minneapolis, before a small gathering of family and friends. They shared their big day with others via Zoom.

In a later YouTube installment, Burcaw confessed he had crossed his fingers during the service and therefore the couple was not legally wed.

“No,” Aylward patiently explained, “I don’t think that does what you think it does.”

Interabled Couple Cole and Charisma Are Getting Married! Why Planning the Proposal Was Hard

Interabled Couple Who Share Videos of Relationship Get Engaged